Proppant settling occurs during hydraulic fracturing operations when the fluid viscosity falls below the critical threshold required to suspend proppant. The settling can reduce the deliverability of the fracture, negatively impacting productivity.

In slickwater applications, the viscosity of the base fluid is inadequate to provide proppant transport. In tight gas applications with conventional crosslinked fluids, the fracturing fluid is designed to break shortly after pumping. The fracture remains open for hours, and a low-viscosity fluid remains that is unable to suspend the proppant.

In addition to fracture height containment, the retained proppant-pack permeability can be significantly increased because of the lower polymer loading required. Laboratory testing has shown that decreasing the polymer loading by 40% can increase retained permeability by 24%. When less polymer is used, more of the propped fracture contributes to production, yielding a longer effective fracture half-length. 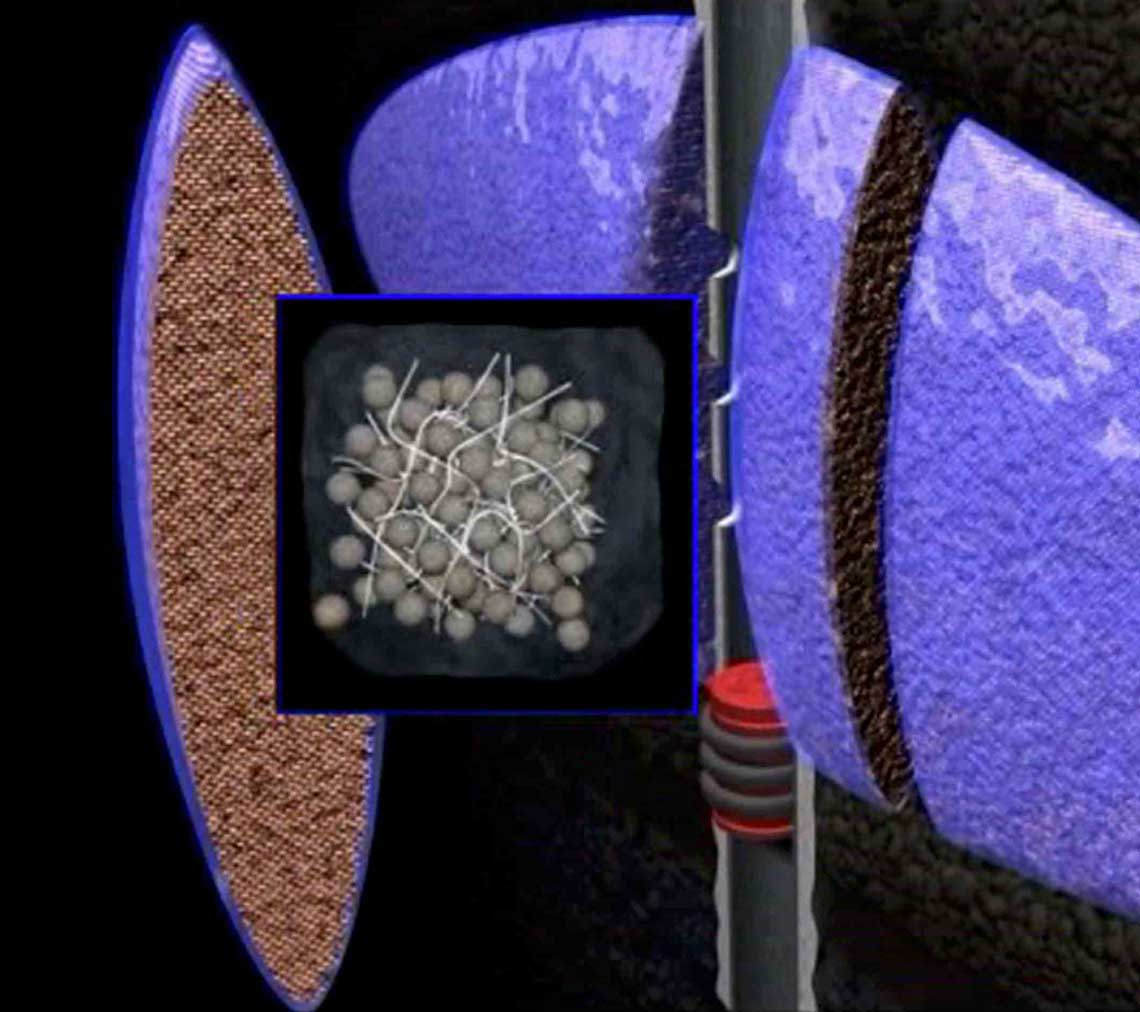 FiberFRAC technology can be applied in wells with 140 to 345 degF [60 to 174 degC]—a range that accounts for more than 80% of the tight gas wells in North America. Proven in both the laboratory and the field, the FiberFRAC technology enhances proppant distribution in hydraulically fractured wells for increased stimulation effectiveness and improved subsequent production.

Create a fiber-based network within the fracturing fluid, providing a mechanical means to transport, suspend, and place proppant.