The ZONETROL XT system is designed to treat oil/water reservoirs with multiple zones in which water is produced from distinct intervals. In a multizone treatment, the DPR features can be used to reduce water permeability in the water-producing layers and have minimal effect on the oil-producing layers. The ionic nature of the ZONETROL XT system enhances the adsorption characteristics and minimizes desorption during the production cycle in both sandstone and carbonate reservoirs, prolonging the effective life of the treatment. 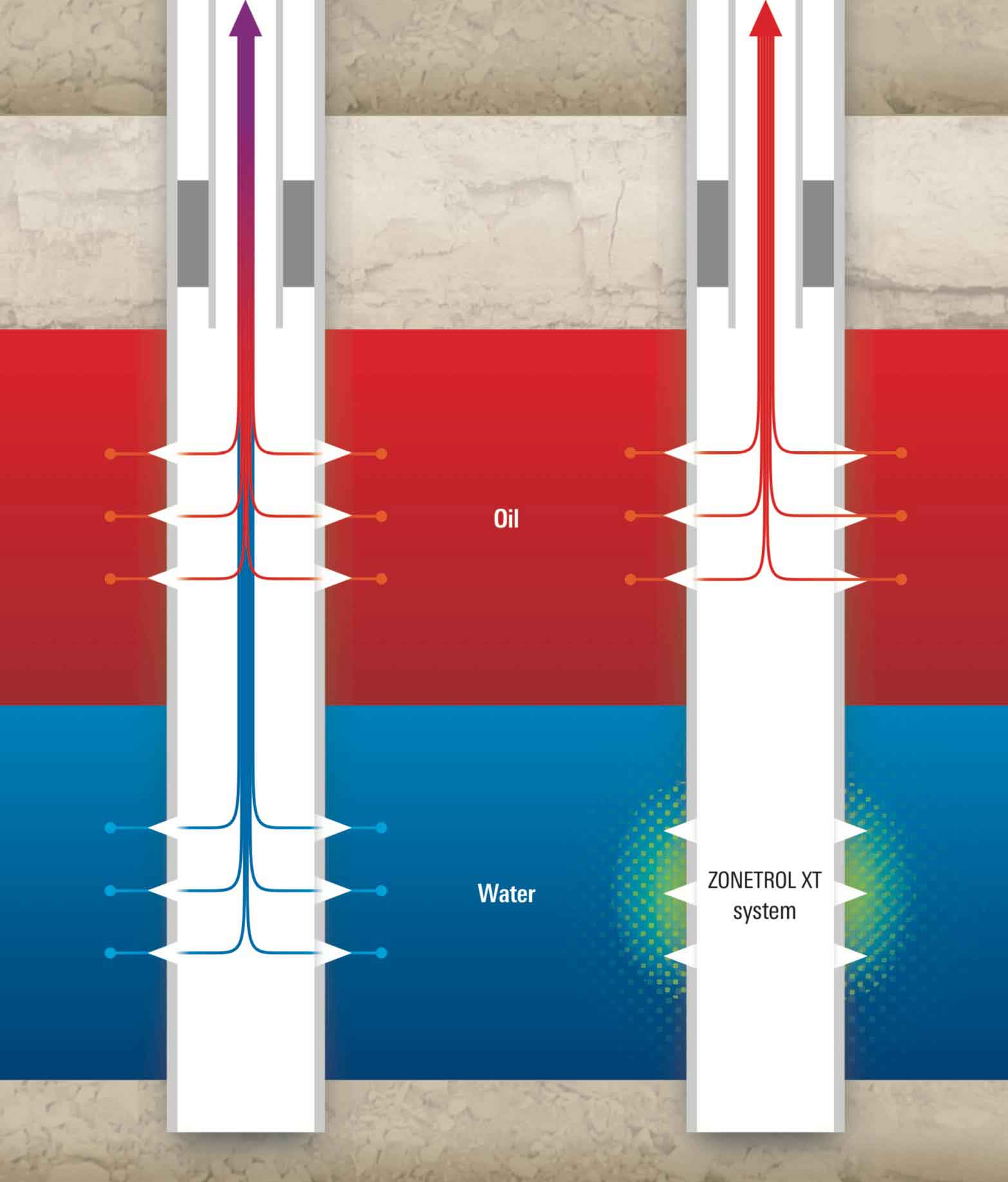 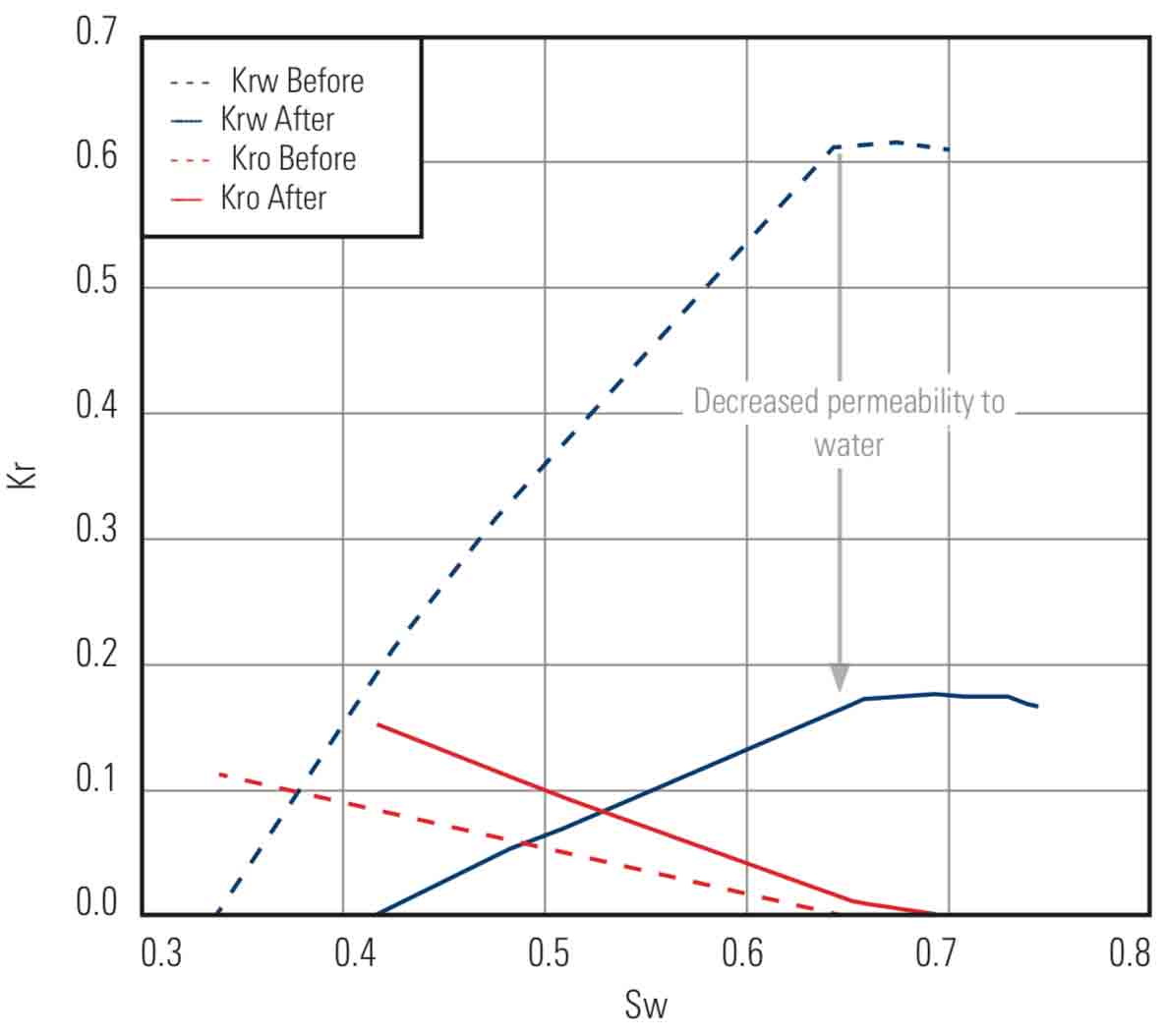 The ZONETROL XT system is proven effective in reservoirs with temperatures as high as 250 degF [121 degC] and permeability as high as 2,000 mD or as low as 10 mD. These properties are due to the low viscosity and molecular weight of the polymer.

The ZONETROL XT system is soluble in water or light brines and is generally used at concentrations of 0.16 to 0.5 wt% of the injected solution. For critical wells, a coreflood test can be used to determine the optimum concentration.

Oil/water reservoirs that are potential candidates for the ZONETROL XT system treatment will, in many cases, have multiple zones where

Treat oil/water reservoirs with multiple zones in which water is produced from distinct intervals.