After the slickline assembly is removed, the tubing pressure is increased to the calculated pressure to shear the traveling piston pins in the absolute pressure firing head HDF. An adjustable time delay is initiated before firing the guns. During this delay, tubing pressure is reduced to the desired underbalance.

A minimum of 150-psi hydrostatic pressure is required to fire the percussion detonator, thus preventing firing at the surface.

In the unlikely event that the jar down mechanism is accidentally actuated while spudding against debris, the shaped-charge jet develops along the axis of the tubing and cannot damage the string. The well fluid also dampens the shaped-charge jet before it reaches the bottom of the firing head housing.

Because the pressure-actuated trigger charge firing head is run separately, its triggering pressure may be set at a lower level because pressure tests have been performed, running overpressures are under control or are absent, and safety factors are less stringent. 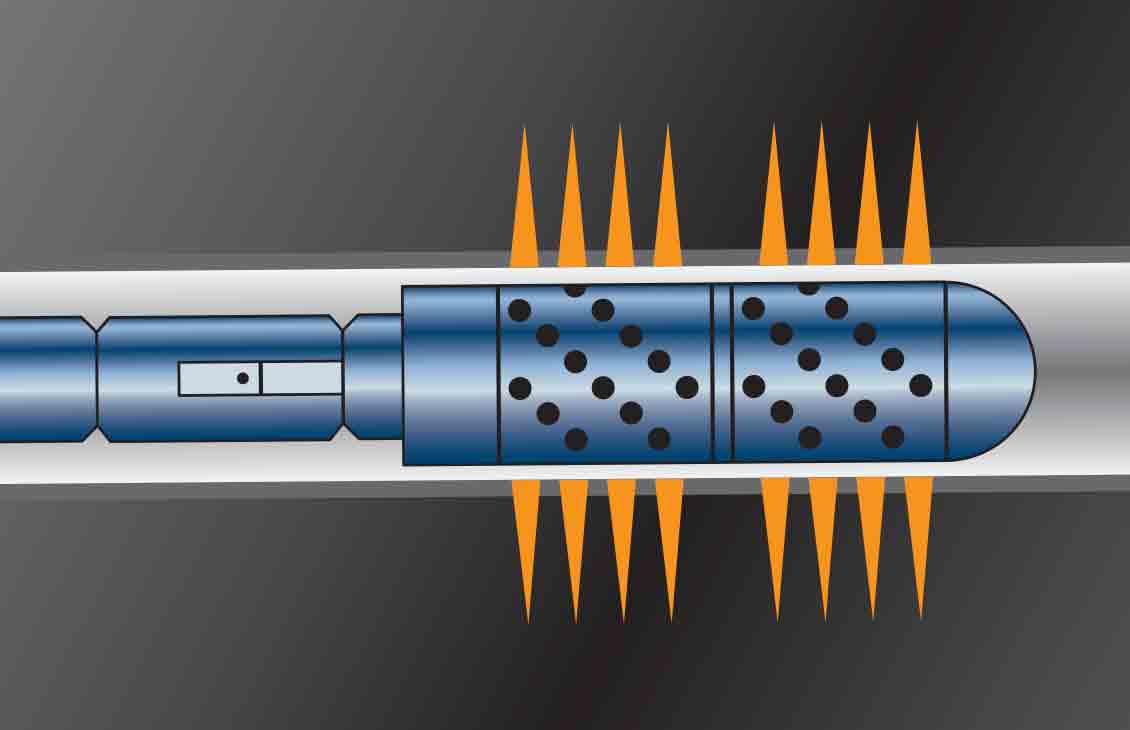