The closed tubing automatic gun release (CTXR) uses reliable X-Tools completion tools to automatically disconnect TCP guns in both open and closed tubing systems, including closed systems in which the tubing pressure is less than the wellbore pressure, such as the PURE perforating system for clean perforations.

Automatically dropping the perforating guns to the bottom of the well at the instant of the high-order detonation of the detonating cord prevents the gun string from becoming stuck or sanded-up in unconsolidated sand formations. It allows access to the perforated zone for production logging and other remedial wireline operations. The need for slickline or pressure-activated drop-off after the shot is eliminated. 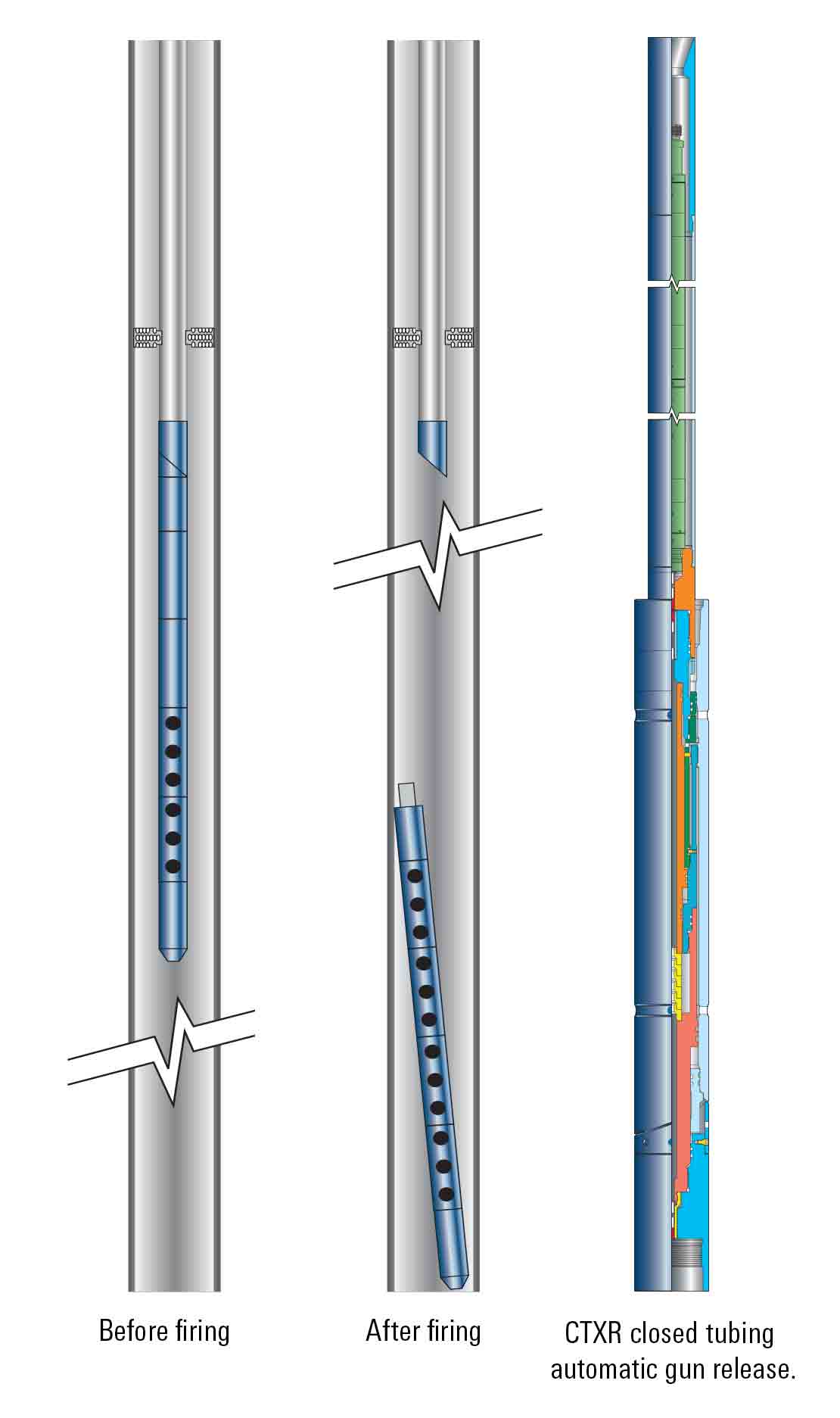