The monobore anchor with automatic release (MAXR), a tool for anchoring perforating guns, provides automatic drop-off at the instant of detonation. The detonation generates a force that retracts the slips and initiates the drop of the entire tool string to the bottom of the well. The force and fast reaction ensure that the gun and associated hardware fall into the rathole and to the bottom of the well before formation sand can cause the guns to stick. After perforation, the casing, or liner, remains unrestricted.

The MAXR has an emergency mechanical backup release that allows the guns to be dropped or brought back to the surface without being detonated. The guns remain attached to the MAXR unless detonation occurs. For example, a shifting tool can be run into the release sleeve of the MAXR to jar the MAXR and drop the string to the bottom of the well.

The MAXR can then be retrieved with a fishing tool. The MAXR fits various casing sizes and can be used with all Schlumberger tubing-conveyed perforating firing guns. 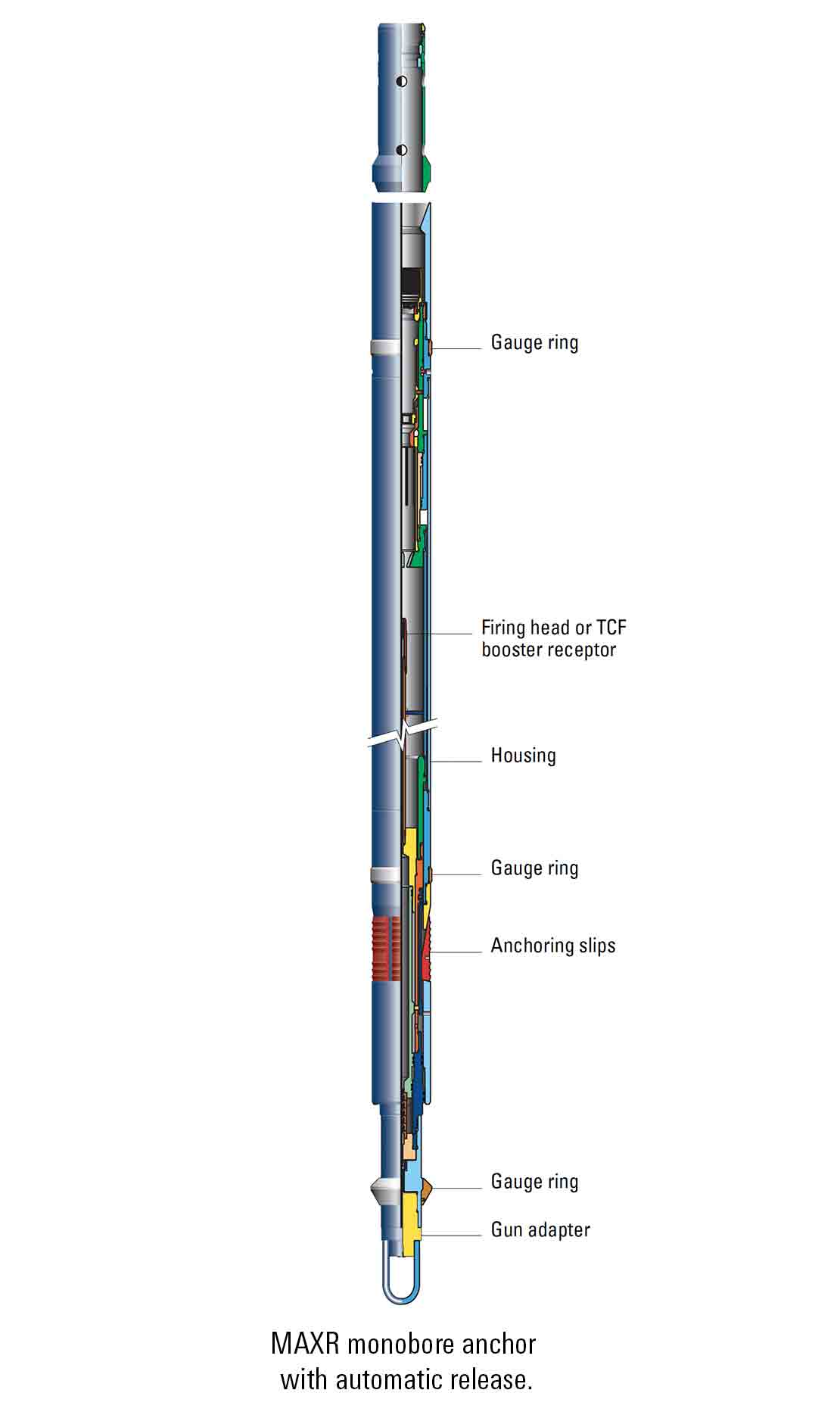 ENAP produces formation water for direct injection and oil independently from one well.