The explosive automatic gun release (SXAR) is used to drop tubing-conveyed perforating (TCP) guns to the bottom of the well when they are fired. Dropping them to the bottom keeps the string from becoming stuck or clogged with sand in unconsolidated formations in which sanding is a problem. It also eliminates the need for wireline or pressure-activated drop-off in highly deviated wells in which drop-off must be quickly initiated when the guns are fired to start the string moving.

A full-tubing opening exists after the gun string is dropped, and the tailpipe incorporates a muleshoe entry wireline guide. Firing heads and no-gos are dropped as one piece for easy fishing. The SXAR gun release is compatible with a range of firing heads, including the drop-bar hydrostatic firing head, high-pressure hydraulic-delay firing head, trigger charge firing head, and the ProFire and eFire programmable firing heads.

Standard service is for a non-H2S environment, but H2S versions are available at reduced pressure ratings. Another option is a choice of threads. 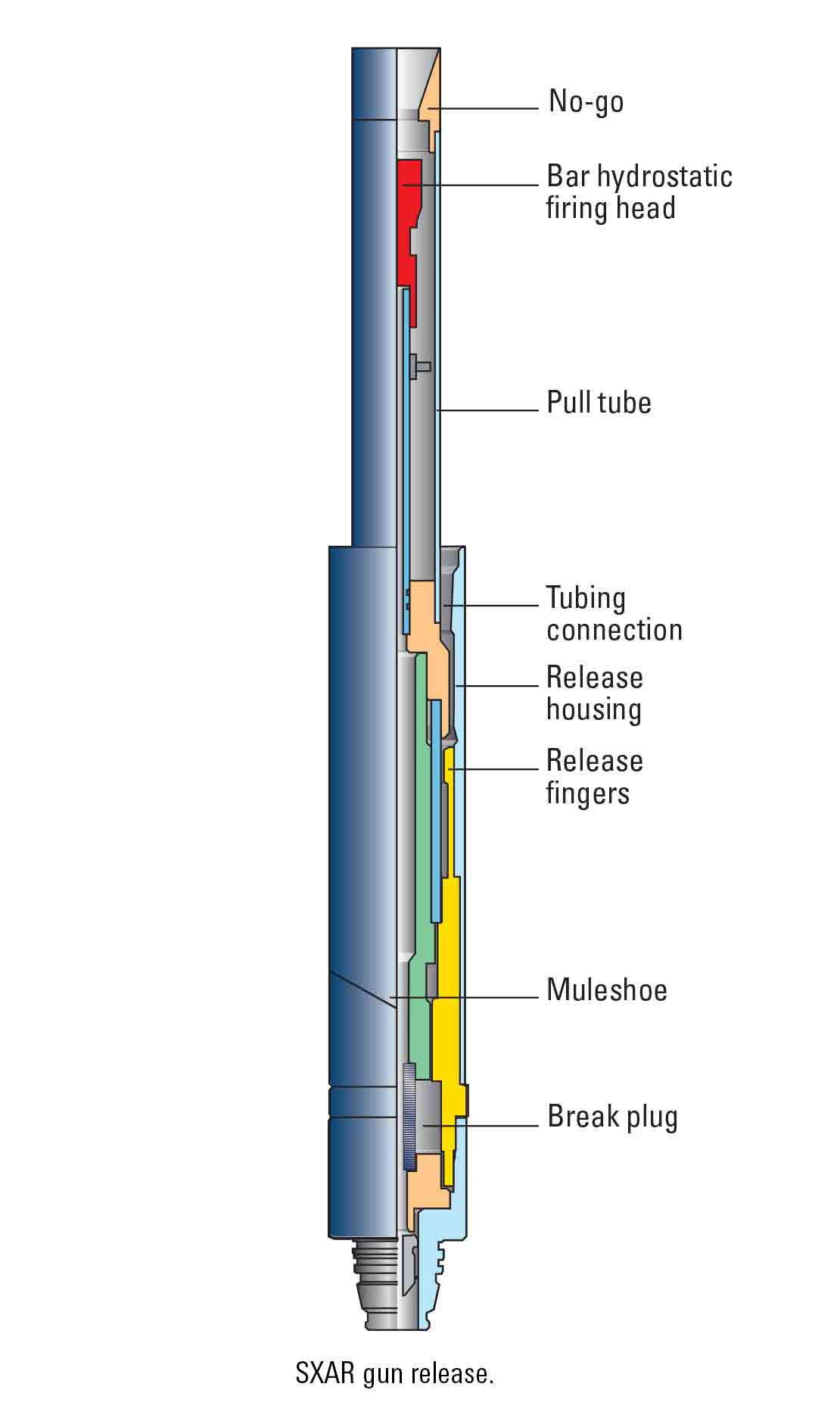 Drop TCP guns to the bottom of the well when they are fired.