The tubing-conveyed gun release enables TCP guns to be dropped off the end of the running string, allowing access to the perforated zone for stimulation, production logging, squeezing or additional perforating. After the guns have dropped, the release housing acts as a tubing reentry guide.

The TCR can be configured two ways:

The fish remaining in the well consists of only one assembly that can be easily fished. After dropping the guns, the release housing provides a tubing reentry guide with an ID that is at least as large as the tubing it is attached to. For H2S and other hostile environments, the TCR release housing can be made with corrosion-resistant alloys. The TCR can also be supplied with premium threads, if required. These options are available on special request. 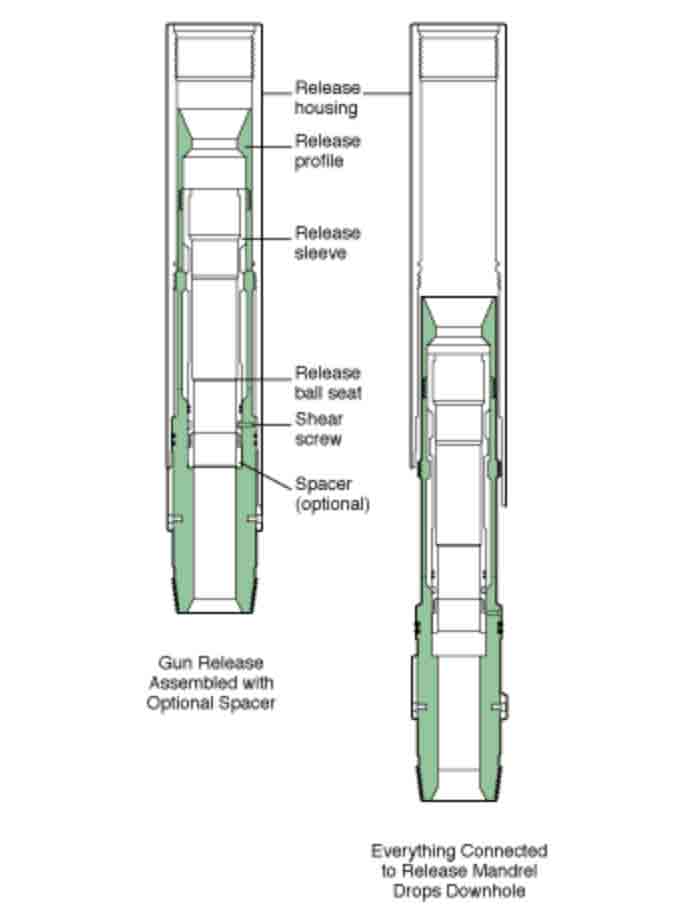 The tubing-conveyed gun release (TCR), shown assembled with optional spacer, is used to drop off the guns and then acts as a tubing reentry guide.