The WXAR automatic gun release for wireline, tubing, or coiled tubing incorporates X-Tools: perforating gun–activated completion tools. It automatically drops perforating guns at the instant of detonation. The firing head initiates detonation of the detonating cord, which breaks the frangible break plugs. The hydrostatic pressure then forces the release piston upward, freeing the fingers holding the upper and lower parts of the WXAR together. This fast-releasing action keeps formation sand and debris from building up around the perforating guns, blocking the annulus, and possibly preventing the guns from dropping to the bottom of the well.

Perforate long intervals at underbalanced pressure without killing the well

The main application of the WXAR is to extend the length of the gun strings that can be conveyed into the well. These gun strings can be a lot longer than the available wellhead pressure lubricator could accommodate. By using the WXAR, long intervals can be perforated at underbalanced pressure without killing the well.

The WXAR is useful in many configurations, can be adapted to HSD high shot density and through-tubing gun systems, and be configured with many of the Schlumberger firing systems. It can also be placed between guns, thereby shortening the length of the gun string dropped in the rathole. When used with wireline, enough guns can be left attached to the string so that sufficient weight still allows the wireline to be pulled from the hole under pressure.

The lower gun adapter of the WXAR incorporates an internal “GS” fishing profile for fishing the gun strings. Long gun strings can therefore be equipped with multiple WXAR releases and spent guns can be retrieved using conventional slickline fishing techniques. 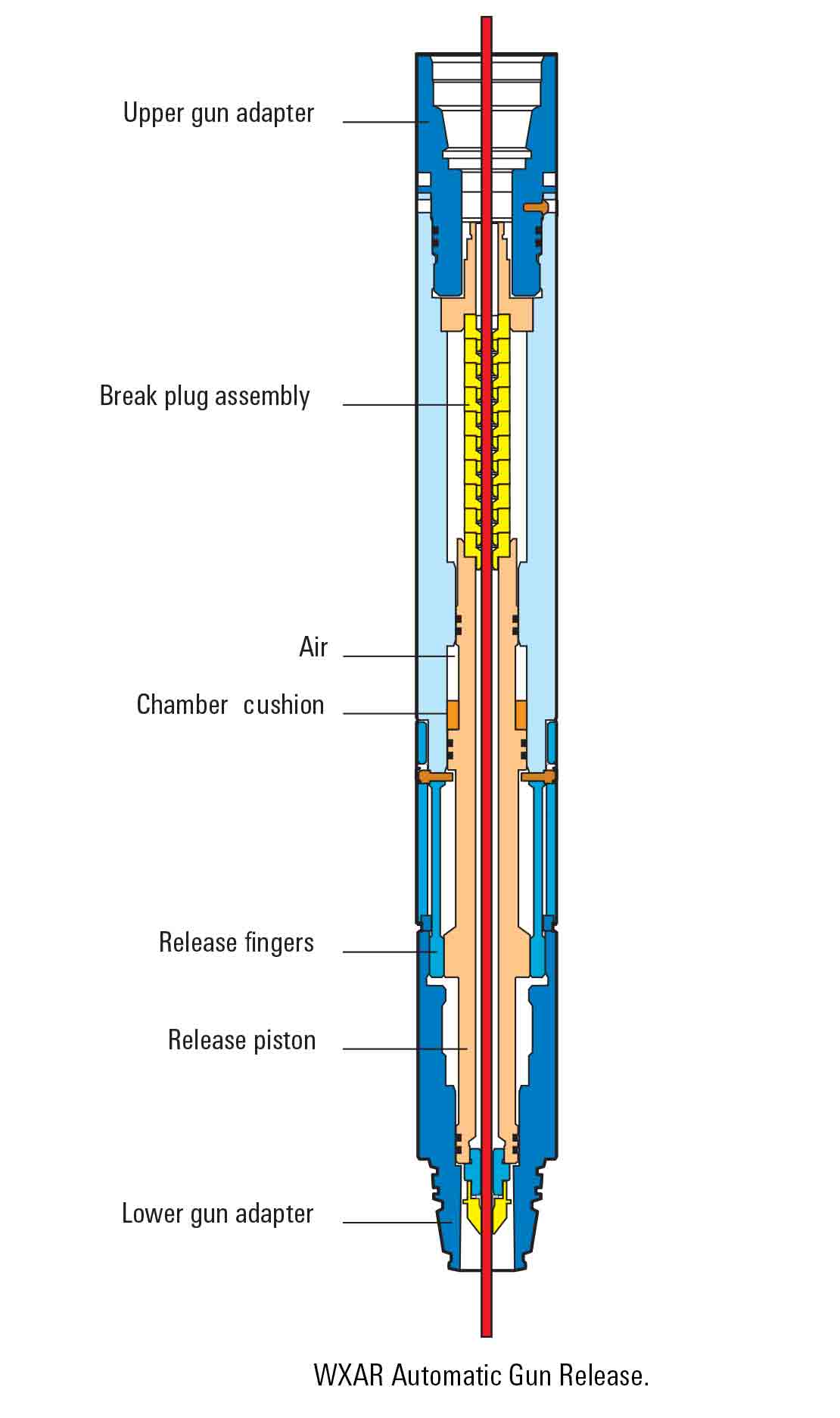 Automatically drops guns at the instant of detonation.