Characterize reservoir flow continuously and in real time without interventions or production interruptions using the WellWatcher Flux multizonal reservoir monitoring system. This system successfully addresses the challenge of acquiring reservoir data in real time across the sandface of wells with multistage completions.

With a single wellhead penetration, you can multidrop conventional quartz pressure and temperature gauges or arrays of up to 60 miniaturized digital temperature sensors distributed along both the sandface and the upper completion. These sensors provide the highest-resolution temperature measurements in the industry.

High tolerance for debris and vibration makes the system particularly suitable for multistage deepwater completions, where intervention costs and risks are high. 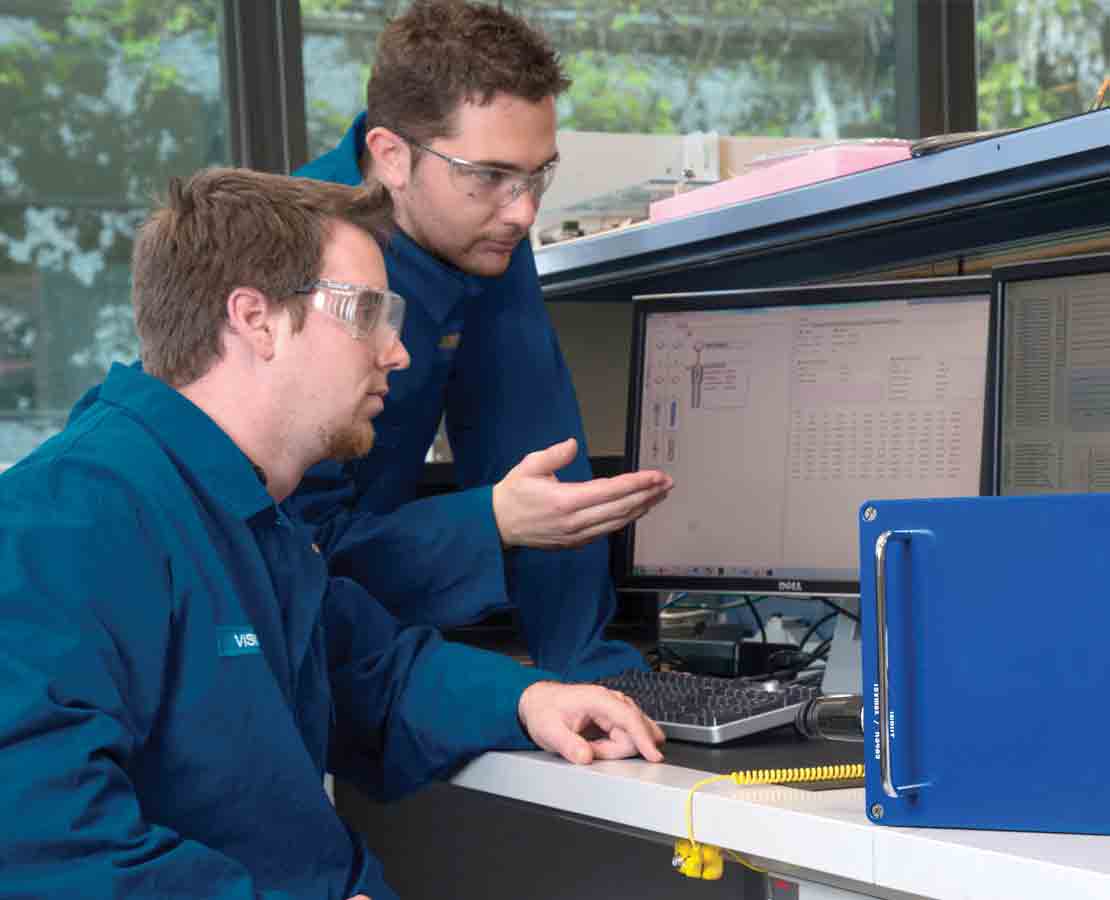 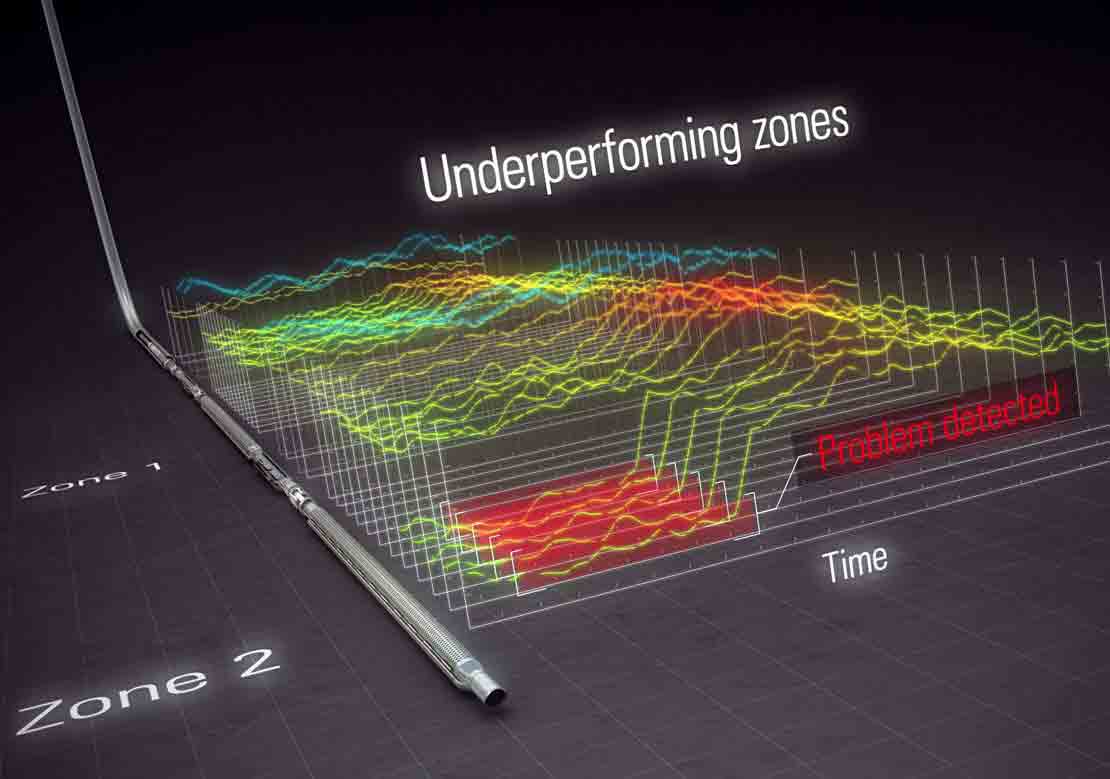 The WellWatcher Flux system has been used to monitor cleanup-phase effectiveness, track injection flow paths, identify the most prolific producing zones, identify water or gas breakthrough, and monitor changes. The surface acquisition system can transmit data to your office, where real-time analysis with thermal modeling software allows flow events to be interpreted even in high-angle wellbores, enabling fast, informed decisions for optimal control of assets.

Use surface and downhole data to facilitate immediate decisions during fracturing and acidizing operations.

Current state of the art of distributed time- and depth-based temperature analysis used with our DTS systems.

A data interpretation platform helps identify out-of-zone injection (OOZI) and assess whether injected water has been rerouted from the reservoir to some other sink.

Characterize reservoir flow continuously and in real time without interventions or production interruptions.