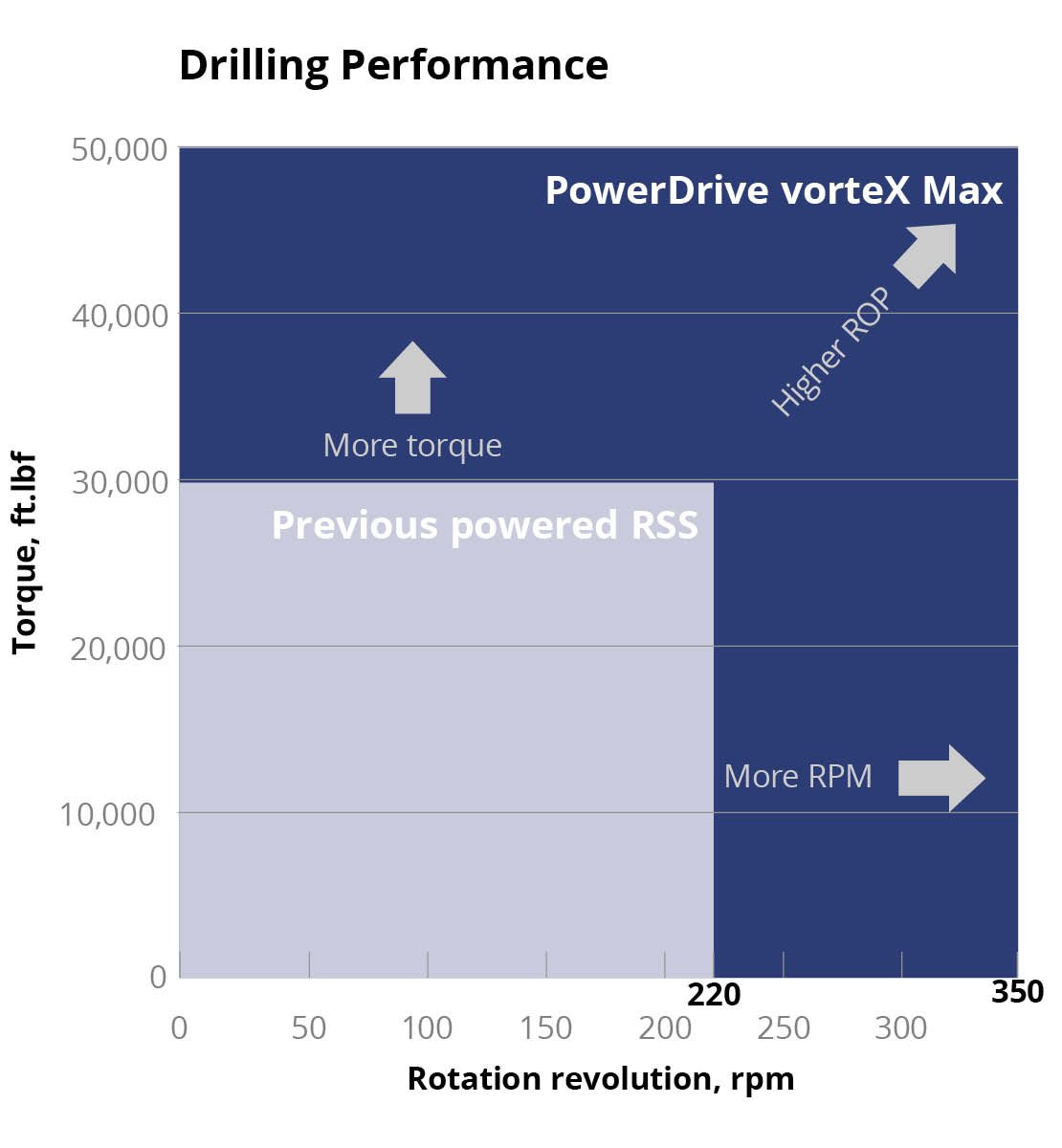 The PowerDrive vorteX Max system is ruggedized for reduced component failures, increased reliability, and improved fatigue life—and it is nimble. The BHA takes advantage of steerability with a high WOB and at high rate of rotation—up to 350 rpm, optimizing the output from the power section.

The PowerDrive vorteX Max system uses advanced automated algorithms for hold inclination and azimuth, which are customizable to specific challenges. Functional toolface updates can be as fast as one per second, which enable continuous trajectory control and minimum wellbore tortuosity. Deploying the PowerDrive vorteX Max system results in superior borehole quality with a faster steering reaction, and it delivers maximum performance with minimal surface intervention.

During 2016, Parsley Energy faced the challenge of improving drilling efficiency for multiwell pads in the Midland basin, focusing on extending production-hole lengths from 1-mi [1.609-km] laterals to 2 mi [3.218 km] or more. Well designs consisted of 12 1/4-in intermediate sections followed by 8 3/4-in curves and 8 1/2-in laterals. Production-hole trajectories targeted the Wolfcamp Formation, an interbedded abrasive formation primarily of salts and limestone. There was severe shock and vibration in the offsets. Combined, all these factors caused an overall well delivery time that ranged between 20 and 35 days.

Schlumberger recommended deploying the PowerDrive vorteX Max system to continue drilling the 8 1/2-in lateral sections of Parsley Energy wells in that basin. The system is both rugged and customizable, enabling it to be optimized to endure drilling conditions through the Wolfcamp Formation, as well as to allow the BHA to pass throuhg the high dogleg severities curve section. The power section can be adjusted to improve drill speed once the curve is built. Also, the self-steering mode for both inclination and azimuth provides better trajectory control in the dense, multiwell environment. 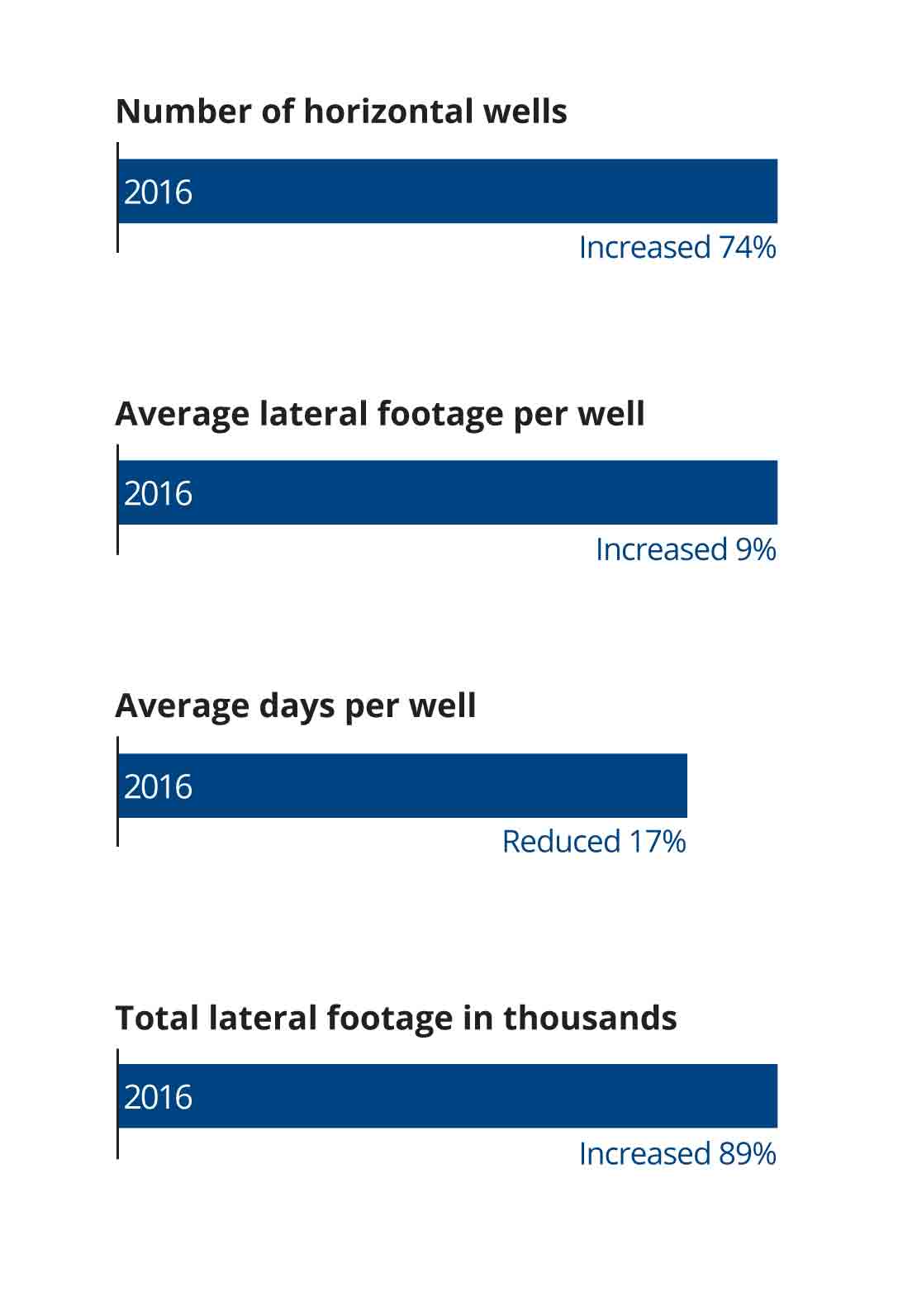 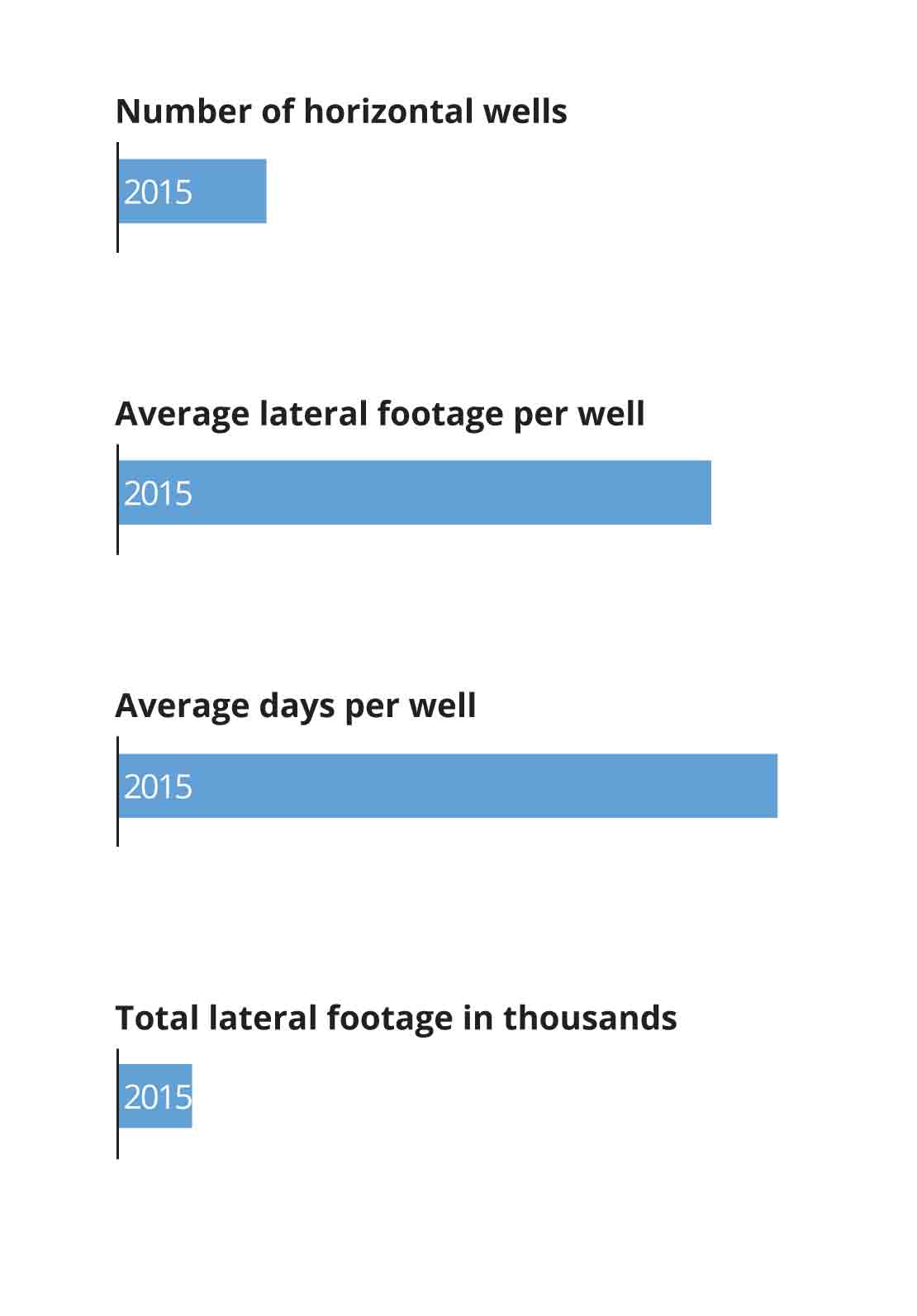 ”Drilling days were reduced from 35–40 days to 25 days and are now into the teens for these 10,000-ft laterals. We are getting quite a resounding reputation in the industry as a state-of-the-art drilling team.” — Jeffery Boggs, Senior Drilling Engineering Manager, Parsley Energy