During sliding operations, increased friction makes it difficult to keep a constant load on the bit. Thus, sliding ROP can be significantly lower than rotating ROP. The Slider system works by imposing a rocking motion from the top drive using torque as feedback, causing the drillstring to behave as if it were rotating during sliding.

With torque-rocking technology, the Slider system reduces drag with oscillatory movements applied at the topdrive during sliding, using torque feedback data to control the rocking movement.

Slider system addresses the weight-to-the-bit transfer limitations related to drag by causing the drillstring to largely behave during sliding as if it were rotating. By continuously measuring torque, WOB, and pressure differential while sliding, the Slider system minimizes the drag and significantly increases ROP. 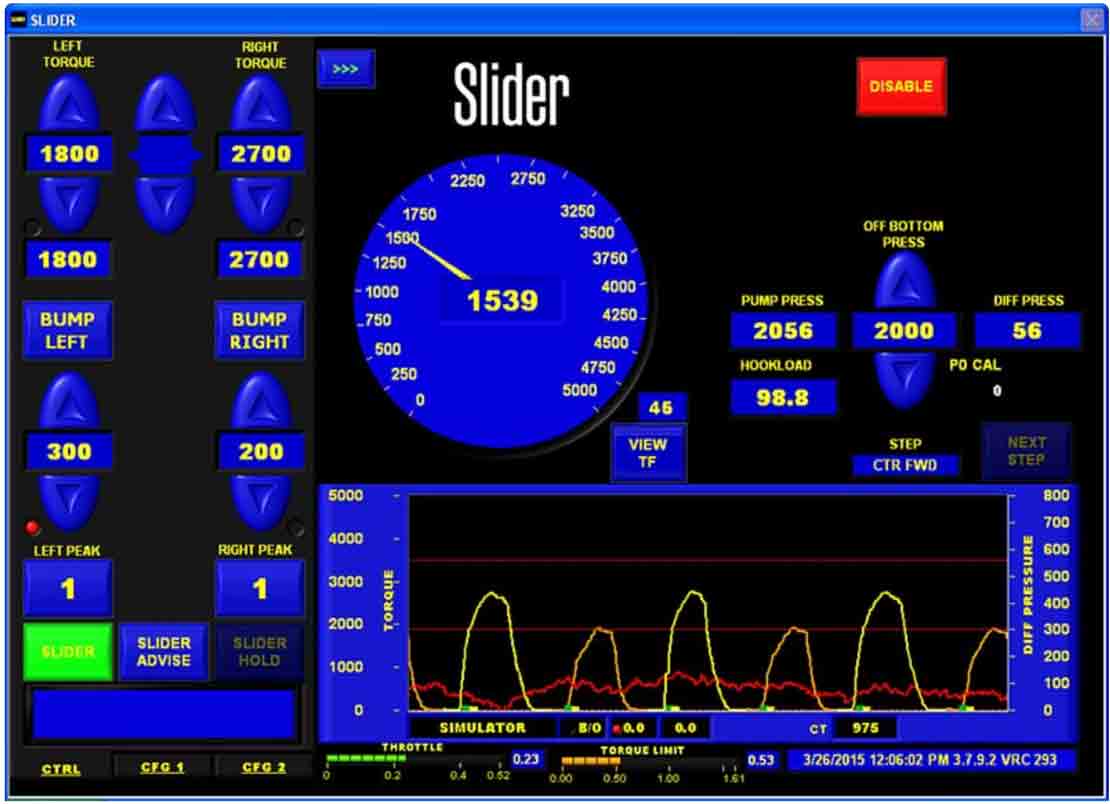 Imposes a rocking motion so the drillstring behaves as if it were rotating during sliding.