The inverse-scattering internal multiple prediction (ISIMP) algorithm is a data-driven tool that predicts all orders of internal multiples for all horizons simultaneously without need of prior subsurface information. Originally developed at the University of Houston by the Mission-Oriented Seismic Research Program consortium, ISIMP is a wave-theory-based method employing multidimensional prediction in the pseudodepth frequency domain.

Normal incidence (1D) and angle-of-incidence (1.5D) prediction modes are available, and both can be applied on prestack or poststack data according to the survey application. ISIMP requires data with surface multiples eliminated (e.g., by using 3D GSMP general surface multiple prediction algorithm) and high signal-to-noise ratio. The 1.5D version also requires offset gather regularization and zero-offset reconstruction prior to prediction. 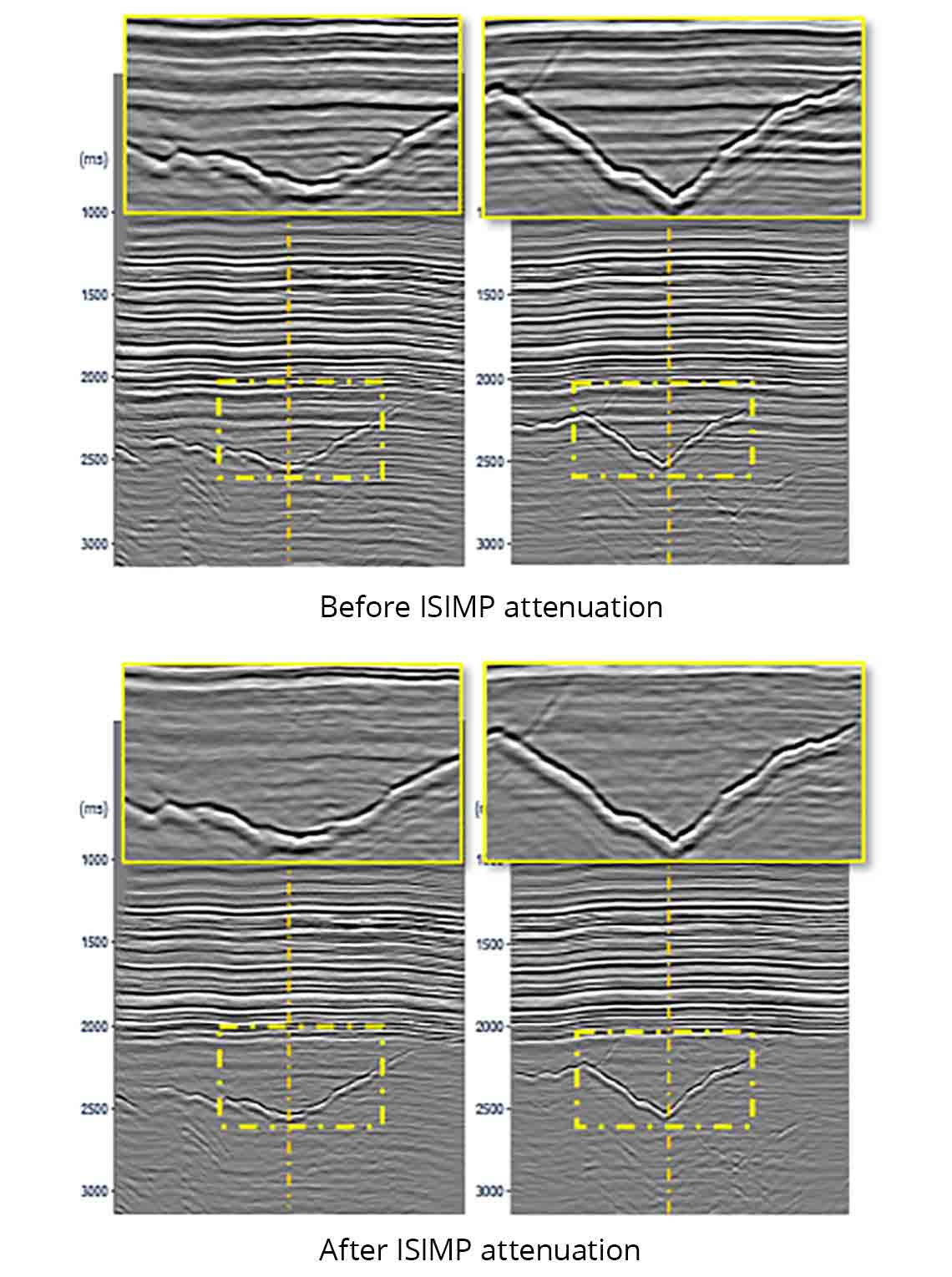 Get a full-featured interactive velocity analysis package for time-domain projects of any size.