Directional designature builds on the detailed knowledge of far-field signatures enabled by a calibrated marine source (CMS) to apply a source designature that stabilizes the seismic wavelet over all emergence angles and preserves frequency content at target depth.

Directional designature creates a common signature for every emergent angle for every shot in a survey. It is a prerequisite for calibrated AVO and inversion workflows and 3D demultiple techniques.

The same principles for directional designature apply equally to the seismic wavelet recorded at the receiver. By applying an equivalent correction, we are able to remove the receiver dependency on angle of arrival. 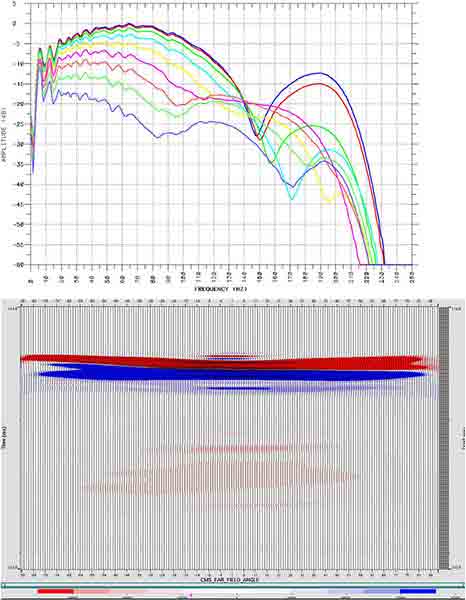 Frequency and phases characteristics of source and receiver signatures vary strongly with angle of emergence. The upper diagram shows how bandwidth and amplitude content is degraded as emergence angles diverge from vertical. The lower diagram plots the equivalent effect on the seismic wavelet as offsets increase away from the center of the plot.