With marine towed-streamer acquisition, the receivers continue to move through the water after the source is fired. This movement introduces time-variant positioning errors in the recorded data, smearing data horizontally. Receiver motion compensation (RMC) removes these errors, placing data in the position they would have been recorded had the receivers remained stationary for the duration of the recording. This 2D process applies a spatial correction to data based on the sample interval, receiver spacing, and sample rate—shifting data toward the front of the cable. The amount of correction increases with recording time and the speed at which the cable is towed.

Benefit from a wide range of applications

RMC is applied early in the processing sequence, immediately after the navigation information is merged with the seismic data, so that all subsequent processing steps can take advantage of the correction.

The technique is applicable to 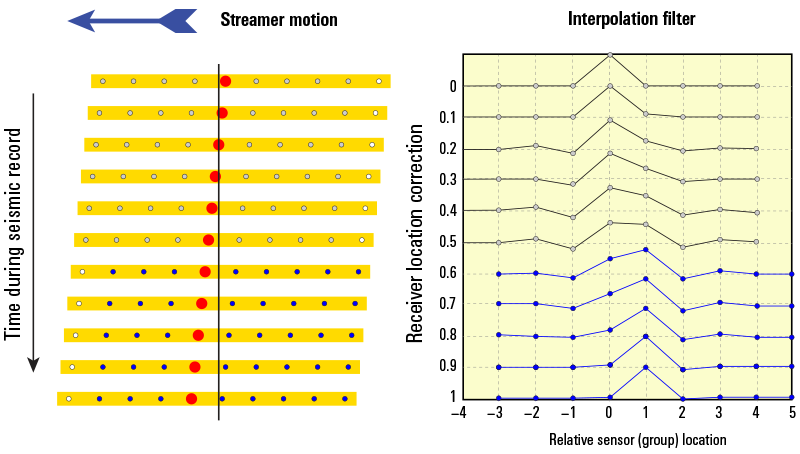 Depiction of receiver motion after seismic source shot (left) and corresponding time-variant receiver motion correction filter (right) to be applied to seismic data compensating for forward motion of the vessel.