Quicksilver Probe focused fluid extraction acquires reservoir fluids downhole with unprecedented purity in only a fraction of the time needed for conventional sampling and fluid characterization technique—even in oil-based mud.

The fluid purity you need, in a fraction of the time. 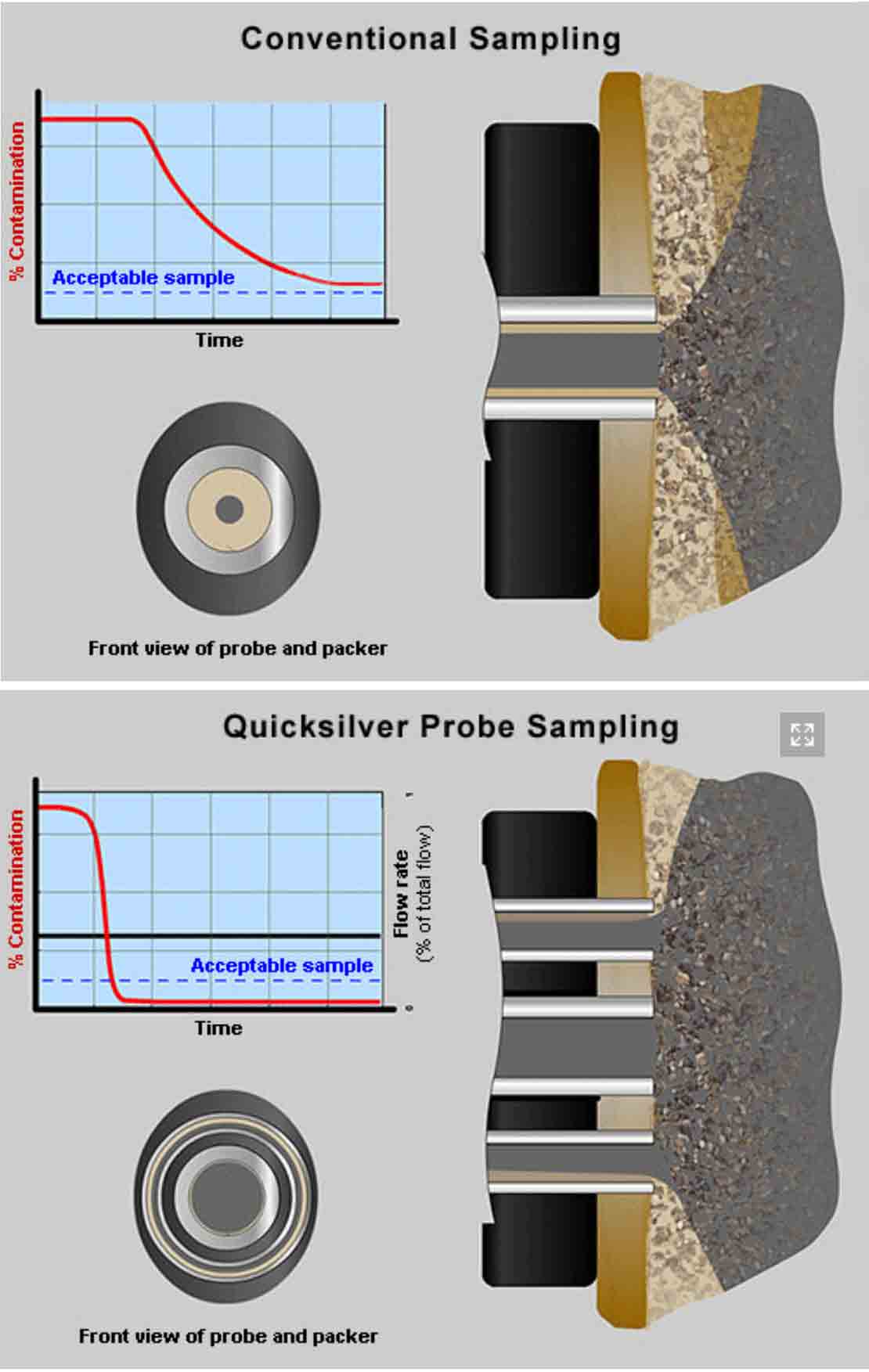 The top schematic shows a conventional sampling probe and a typical contamination-time plot. In the bottom schematic, filtrate-contaminated reservoir fluid is contained by the annular perimeter probe of Quicksilver Probe focused fluid extraction, while the center probe samples nearly contamination-free reservoir fluid in a fraction of the time required for conventional operations.

The novel concentric probes divide fluid flow from the reservoir into two paths, with the central extraction area isolated from the surrounding “guard” area around the perimeter. Each probe is connected to an independent pump and separate flowline. The pumps run at different rates that exploit the filtrate/fluid viscosity contrast and permeability anisotropy of the reservoir.

The higher intake velocity created at the surrounding guard probe directs contaminated fluid into a preferential flowpath toward the perimeter, while the pure formation fluid drawn into the central extraction probe and flowline is available for fluid profiling and sampling. Spectroscopic analyzers determine the composition of the fluid in each flowline, and the pump rates can be adjusted as necessary to achieve and maintain the extracted fluid purity

Our multidisciplinary interpretation experts then work with you as needed to leverage this powerful fluid data, such as building predictive reservoir models to determine fluid compositional gradation and reservoir connectivity across the field. 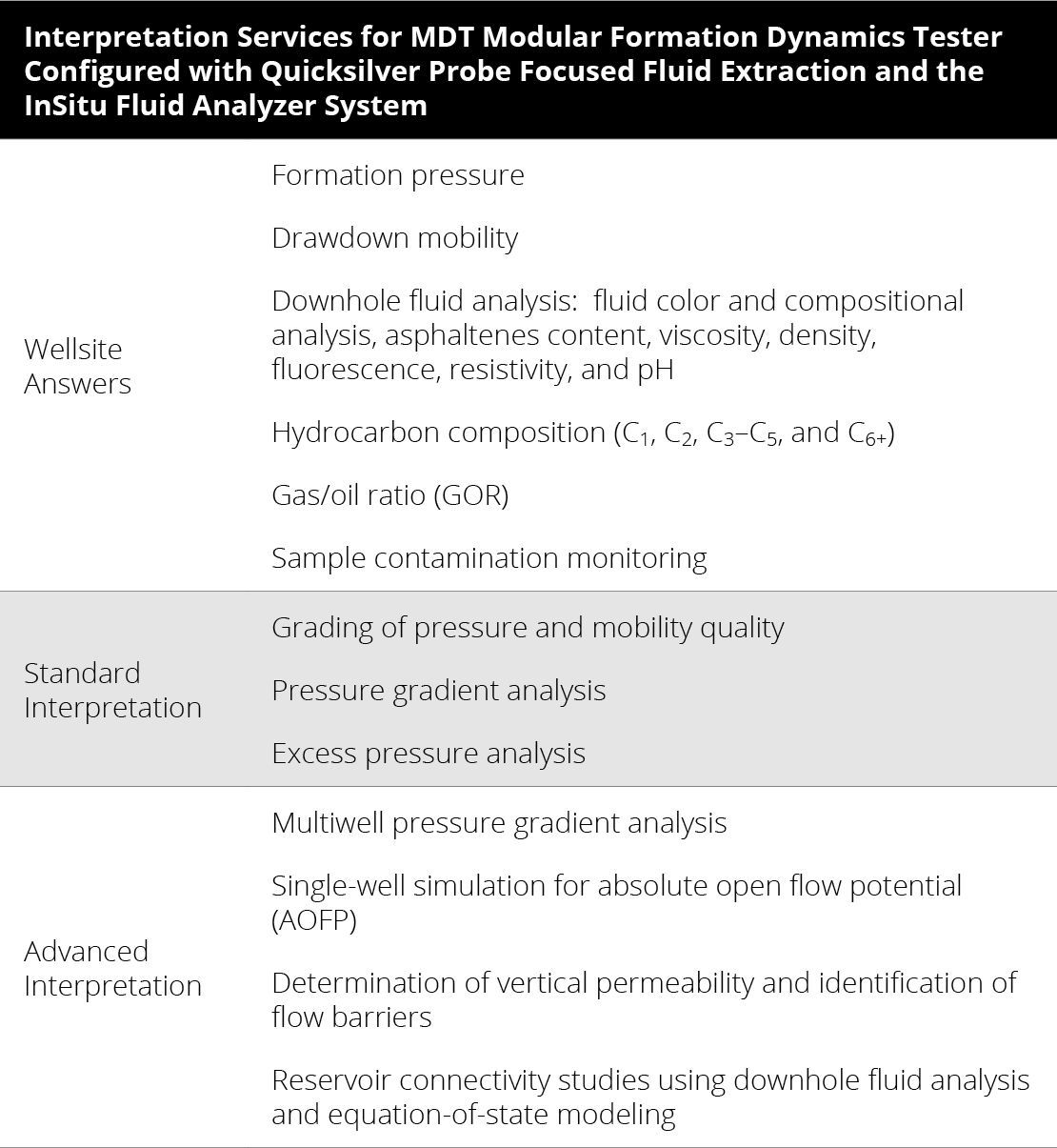 Fluid properties and their variation across your reservoir

The Gulf of Mexico’s Stampede deepwater oil and gas field currently being developed by Hess holds significant potential. However, the challenges of reservoir development made the path to initial production especially complex.

Success hinges on close and continuous collaboration between all parties involved. Chevron’s Jack/St. Malo prospect is no exception.

Covers acquisition of high-quality data at the wellsite and its delivery within defined standards.