Solution: Install primary and backup ESPs in the same string to enable production to continue in case of primary ESP failure.

An offshore field near Qatar has six production platforms with more than 50 wells produced using ESPs. A single workover rig is used to conduct the operator’s drilling program and to conduct ESP workovers on production wells. When an ESP system fails, production in the well is typically lost for several months until a rig becomes available. The rig costs USD 120,000 per day, and a typical ESP workover totaled between USD 3 million and USD 5 million. When workovers are eventually possible, the ongoing drilling program is often delayed, as it requires use of the same rig.

The operator required a solution to increase production uptime, reduce the number of ESP workovers, and minimize disruption to drilling activities.

Schlumberger suggested installing two separate ESP systems in select wells, with one designated as the primary and the other as the backup. Backup systems can be configured and deployed in different ways to work best with the characteristics of each well. The first backup ESP system installed in the field was a dual-bypass type where the lower ESP was suspended below the upper ESP bypass system. Following the success of the first system, several more were installed.

When the primary ESPs eventually failed, backup ESPs were switched on immediately, enabling oil production to continue at the same rate until the workover could be completed. The backup ESPs allowed the operator to plan workovers around the rig’s availability, minimize disruption to the drilling schedule, reduce periods of deferred oil, and extend the overall run life of the ESP system.

A further improvement was the introduction of a dual-pod system as an alternative to dual-bypass completions. Like the bypass systems, the pods enable the installation of primary and backup ESPs but have the added advantage of protecting the production casing from the corrosive fluids produced as a result of H2S and CO2 in the wells. 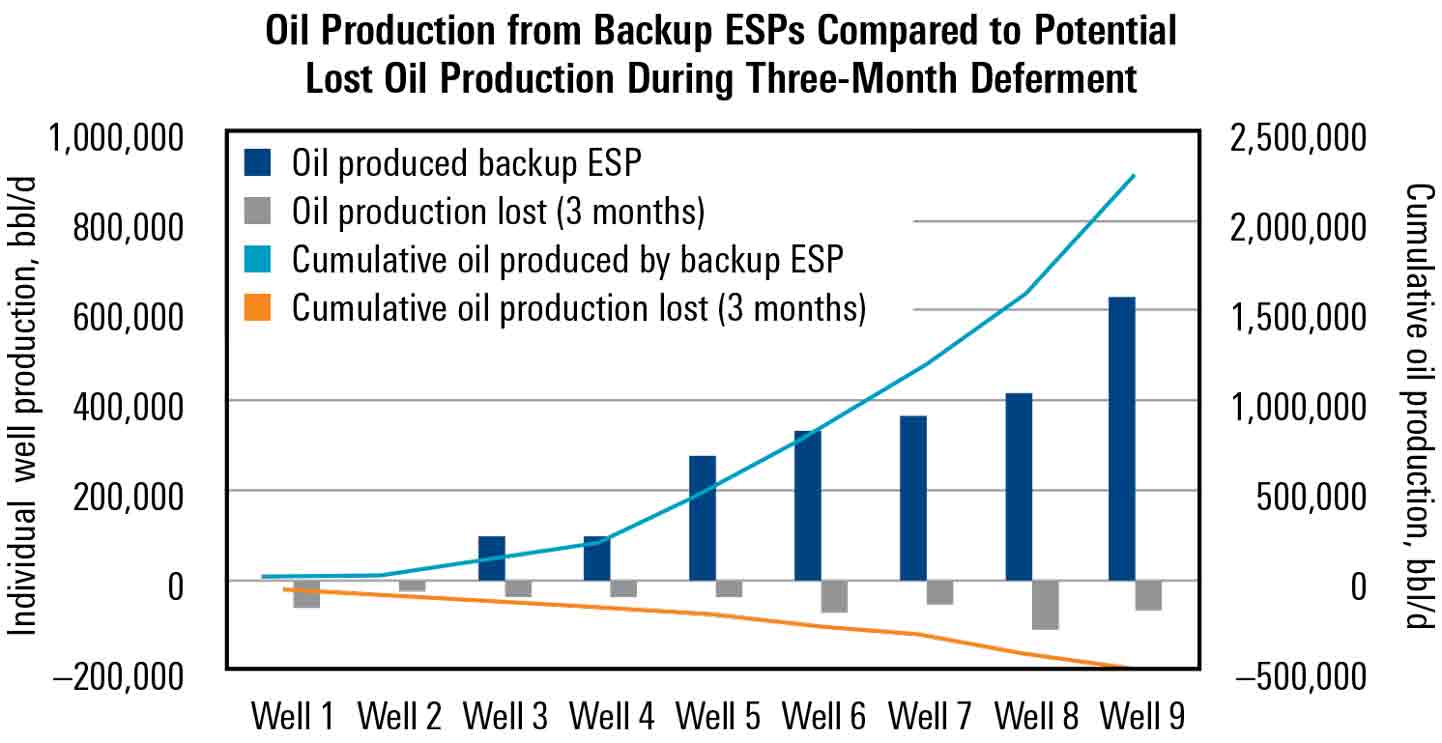 The blue bars represent the individual production of the backup ESPs installed in nine wells, and the corresponding blue line represents the cumulative production of more than 2 million barrels of oil that would have otherwise been deferred until a workover could be performed. The gray bars represent production the operator estimates would have been lost without the backup ESPs, assuming a three-month lag between primary ESP failure and the earliest date.

Backup ESPs in these nine wells have enabled 3,564 days—nearly 10 years—of additional cumulative production and produced more than 2 million additional barrels of oil over a 5-year period. The operator estimated that without the ability to determine the optimal time to schedule a workover, each well that had to be shut off would have lost an average 3 months of production until the workover rig became available to get it back online. Since the backup ESPs ensured no production was lost, the operator could perform a workover either sooner or later, depending on the needs of the operation overall.

Because the initial dual-ESP program proved so successful, this field now has 47 wells with dual ESPs—the largest number of Schlumberger backup ESP systems operating in one field worldwide. Schlumberger ESPs have produced more than 200 million barrels of oil from this field so far. 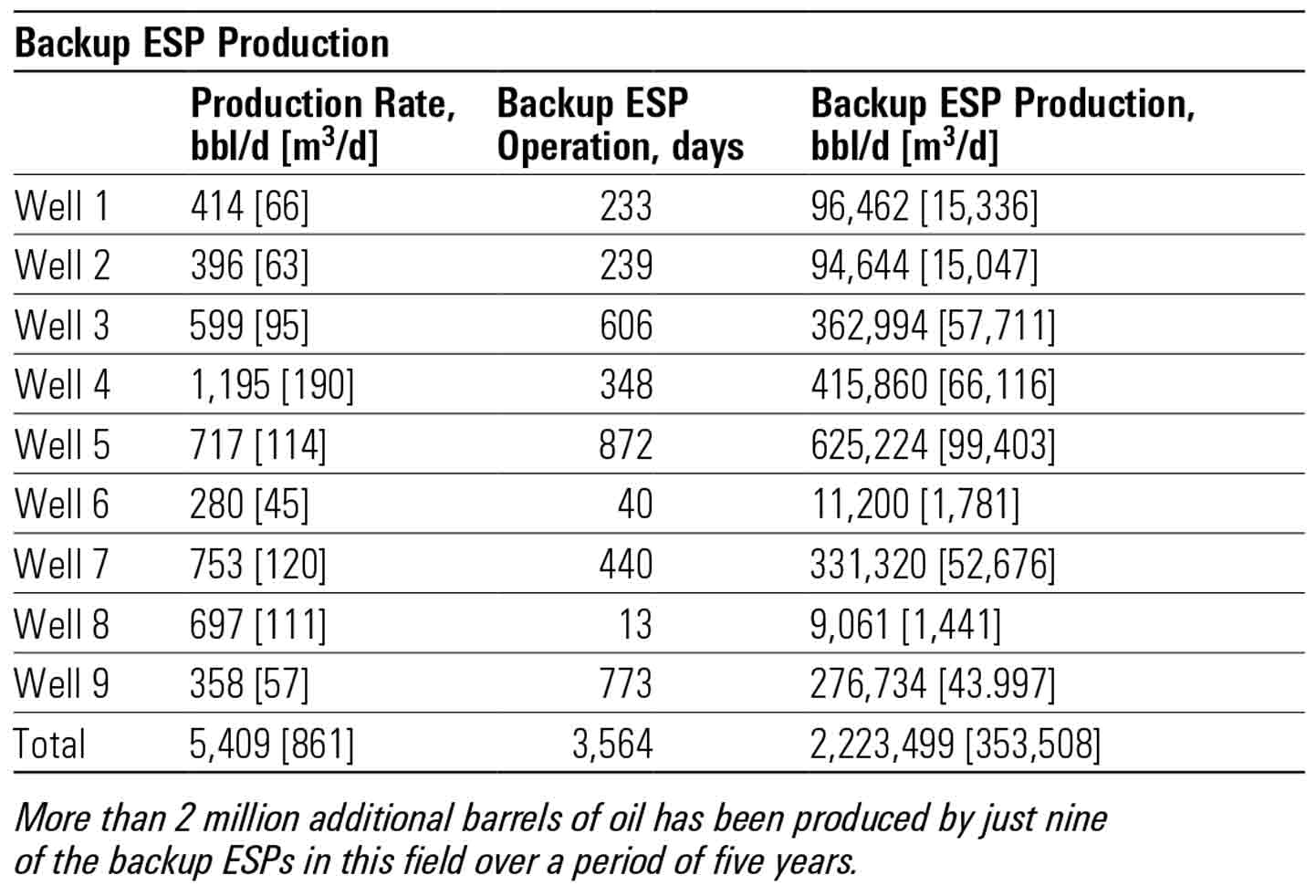 Enable stimulation, logging, and other interventions without retrieving the completion.

Enable cost-effective production to reduce workover costs and increase the overall profitability of the well.