The formation in two Indonesian fields consists of interbedded shale and sandstone with coal stringers, and the unconfined compressive strength is 2,000–5,000 psi with low to medium levels of impact and abrasion. However, these fields are also are known for presenting challenging tophole sections where NPT is often caused by massive circulation loss. One well, for example, suffered 3 days’ NPT from lost circulation on the surface section. There was also a shallow gas hazard necessitating pilot-hole drilling. In fact, 17.5- or 12.25-in surface sections usually require 8.5-in pilot holes to prevent shallow gas hazards. The operator in these fields sought to mitigate the lost circulation problem and eliminate the need for pilot holes to avert shallow gas hazards.

Schlumberger engaged with the operator to conduct technology sharing sessions with the drilling engineer, geologist, and subsurface team. The Allegro XCD-Pro service technology provides a plastering effect by smashing cuttings against the bore wall by the casing body—strengthening the wellbore. As the well is cased during drilling, a casing drilling operation also enables the casing to be placed when the drillstring reaches TD, eliminating the need for a pilot hole.

The operator used Allegro XCD-Pro service to drill a 121/4-in section with a 95/8-in casing. This eliminated need for the 8.5-in pilot hole due to shallow gas hazards. Compared with AFE, the casing-while-drilling operation saved 24 h.

In a second well, the 17.5-in section was drilled using a 13 3/8-in × 17 1/2-in XCD casing-while-drilling bit. In addition to also eliminating the pilot hole, it enabled the operation to continue while having some circulation loss without any NPT. Compared with previous well, estimated potential saving by casing drilling was 2.5 days.

Both wells demonstrated the Allegro XCD-Pro service as a significant solution to overcoming lost circulation and shallow gas hazard problems without adding any risk. Casing drilling saved the operator 3.5 days by eliminating the pilot-hole drilling runs and multiple cement plugs. 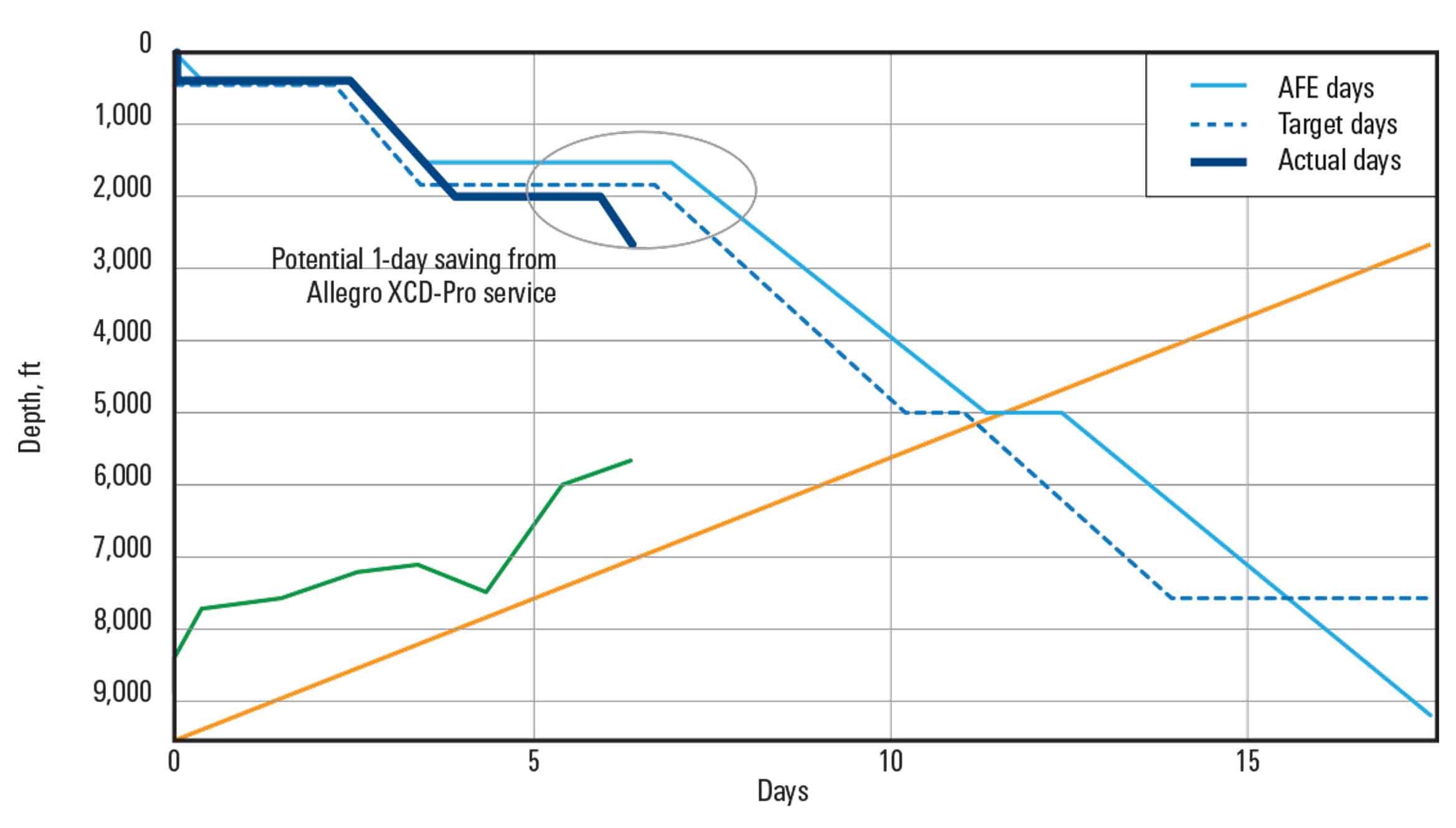