An operator needed to intersect two reservoir sand targets and run a dual-zone completion to maximize the production. Reaching the top of the first reservoir sand from the 13 5/8-in casing shoe requires directional drilling a long intermediate hole section within a tight mud-weight window and containing it behind one casing string. Borehole enlargement reduces ECD; hence, underreaming-while-drilling technologies were needed.

One underreamer would leave approximately 60 m of rathole if placed above the LWD or MWD tools and expose them to greater shocks and vibrations if placed near the bit. A long rathole would require a separate cleanout run, while underreaming with LWD and MWD tools in a larger hole size increases the risk of downhole tool failure due to higher bending stresses and shock and vibration.

Additionally challenging in the formation are bit-balling tendencies and high stick/slip vibrations in an upper shale. The corresponding formation intervals in offset wells were either shorter (less than 1,500 m), shallower, or used multiple drill bits to reach the casing depth (section TD). This fueled doubts during well planning on whether the long 12.25-in × 13.5-in hole section could be drilled in one run.

Drop-ball-activated reamers can’t be used below MWD tools, and previous experience with flow-activated reamers had mixed success. Separate applications of reamers experienced by this operator had incidents of unintentional indexing to the “open” position at various phases of the drilling operation. There were also failed attempts of indexing the tool to the desired open or close position. The challenge of keeping the lower reamer in the “closed” position throughout the run and through numerous pump cycles is crucial, especially for a long hole section where a BHA trip is costly.

Schlumberger recommended deploying a dual-reamer configuration in the BHA, using as a lower reamer the Rhino XM on-demand multiactivated reamer because it provides complete control of reamer activation, eliminating pumpdown device activation. This enables placing the Rhino XM reamer below ID-restricted BHA components, such as MWD and LWD tools. Additionally, the reamer’s flow actuation changes the reaming mode in minutes, reducing reamer activation time and enabling an unlimited number of reliable activation cycles during a run.

The recommended upper reamer is the Rhino XS2 full-cycle expandable reamer to open the 12.25-in pilot hole to 13.5 in, while the lower reamer, the Rhino XM reamer, is kept closed as the 12.25-in drill bit bores ahead. This configuration enables enlarging the long interval to 13.5 in while sensitive LWD or MWD tools are confined within the smaller 12.25-in hole diameter, thereby minimizing shock and vibration. At section TD, the Rhino XS2 reamer is closed with a deactivation ball and the lockout mechanism is sheared off with high flow rate. Positioned above the 12.25-in hole, the Rhino XM reamer is indexed to the open position with a set sequence of flow rates. It enlarges the remaining 12.25-in hole to 13.5-in hole diameter.

Drilled and reamed in single run while eliminating rathole, revved up ROP

The combined hole enlargement while drilling (HEWD) and rathole elimination (RHE) operation was achieved in a single BHA trip, from the 13 5/8-in casing shoe to the target sand reservoir.

The customer now has a template on how to reach reservoir targets in the basin using borehole enlargement to deliver hole sizes compatible with production-enhancing completion technologies. The performance of the dual-reamer configuration using the Rhino XM reamer on the well serves as the benchmark in underreaming while drilling from the tophole section to the reservoir target. 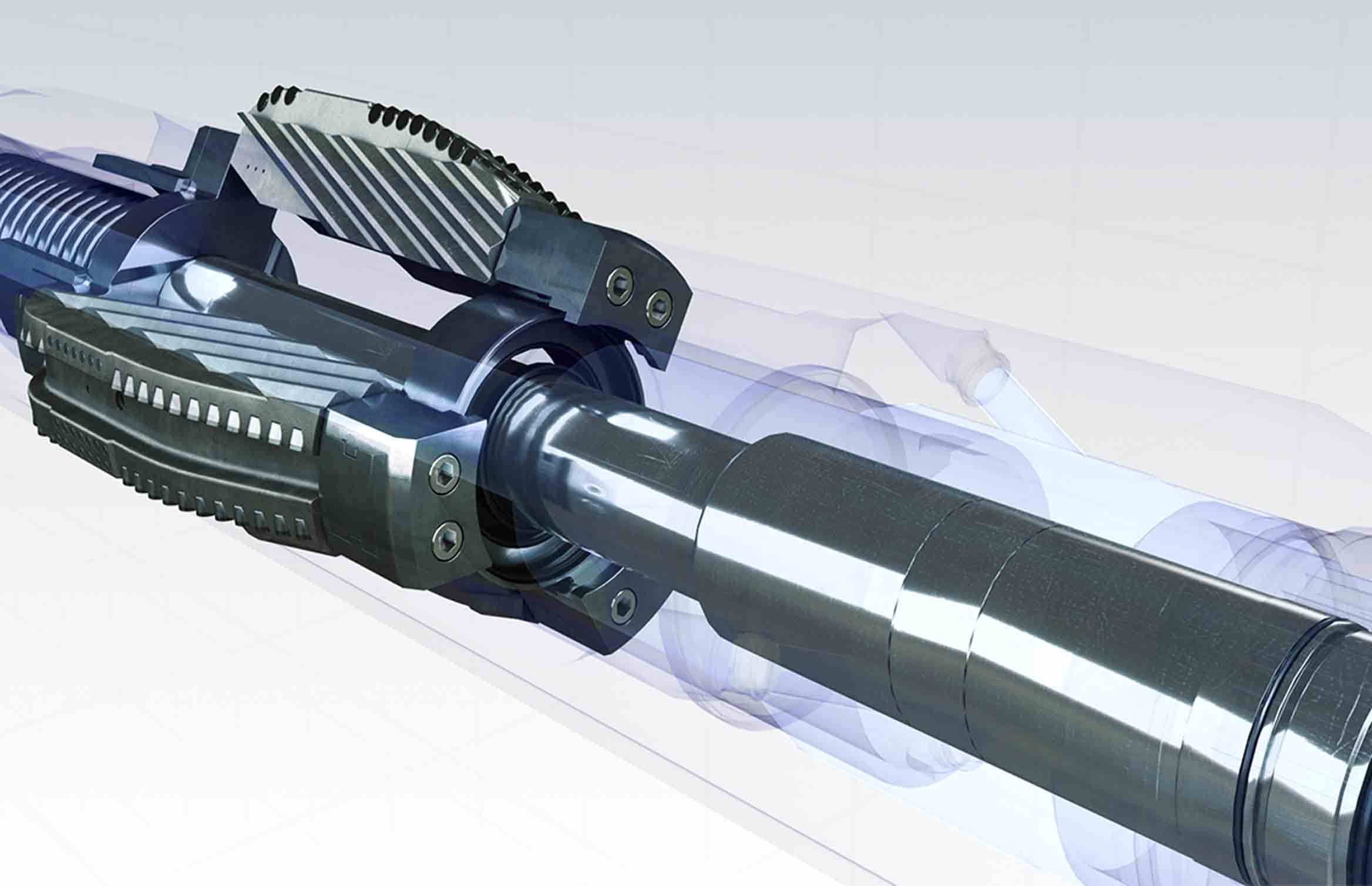 The Rhino XM reamer provides complete control of reamer activation, eliminating pumpdown device activation.
Location
Australia, Oceania
Details
An operator used a BHA with a dual-reamer configuration comprising the Rhino XM on-demand multiactivated and Rhino XS2 full-cycle expandable reamers to underream while drilling from the tophole section to the reservoir target in a single run. Not only was a rathole eliminated, but on-bottom ROP was 37.9 m/h.
Products Used
Rhino XM
On-demand multiactivated reamer