In Colorado's Piceance Basin, an operator was drilling multiple s-curve-shaped wells from one pad into tight gas reservoirs and completing them with a novel efficient fracturing process. The new process involved repeatedly subjecting each plug to high fracturing pressures and thus required an extremely reliable frac plug. In this area, numerous operations—including wireline, coiled tubing, and fracturing—were being conducted simultaneously in up to 10 different wells from one pad. Not only would premature setting or failure of a plug in the well being stimulated have affected that well, but also the knock-on effect would have disrupted the sequence of operations across all the wells, leading to significant NPT and unwanted costs.

Composite plugs from several different suppliers had already been run, but their performance in the high-pressure environment was unsatisfactory because of presetting and sliding during operations. 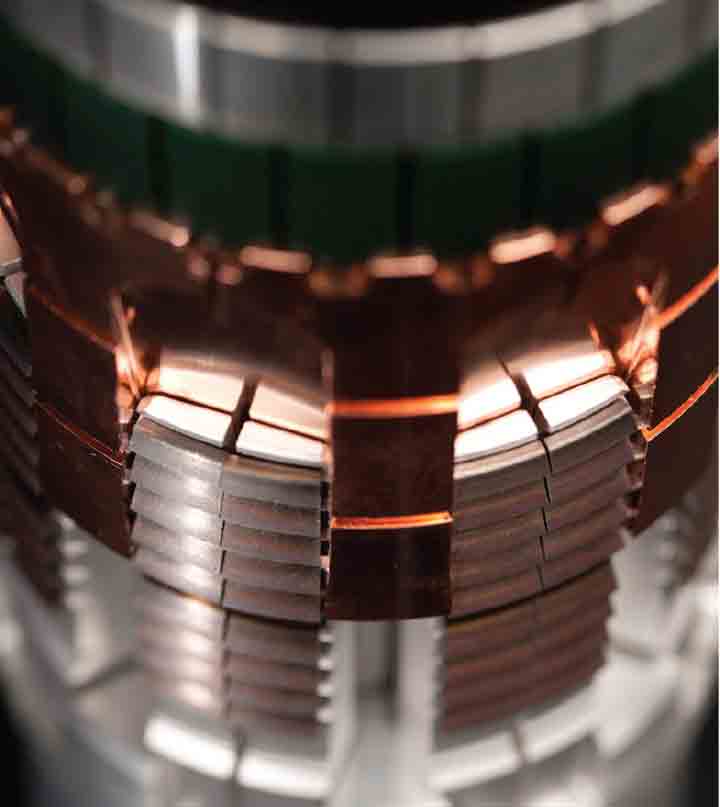 A solid core allows the Copperhead plug to hold pressure from both directions, and a one-way internal check valve allows fluids to flow freely from below the plug after stimulation.

Schlumberger was asked to provide its nondegradable, aluminum Copperhead drillable bridge and frac plugs in two wells so that a side-by-side test could be performed with another supplier's plugs. The Copperhead plug was chosen because of its unique activation system with seals that withstand multiple pressure reversals. Moreover, its proprietary slip design eliminates presetting, and a rotational lock mechanism prevents slipping and spinning during plug removal.

Plugs performed flawlessly and were chosen for the entire project

The Copperhead plugs performed flawlessly, holding a differential pressure up to 8,500 psi [58,605 kPa] for multiple cycles without requiring cement to be added on top of the plug. Moreover, the eight plugs tested did not degrade over time and held throughout the 2-week process, a performance that could not have been matched by any competitor's composite plug.

To remove the plugs, Schlumberger used its Copperhead single-trip plug-removal mill that cuts into metal instead of crushing it, producing small, consistently sized, lightweight cuttings that can be quickly circulated out of a well. The average millout time was about 17 minutes per plug.

Because of the huge savings in time and money, the operator selected the Copperhead plug for use in all its Piceance Basin wells. To date, approximately 573 plugs have been set, with a success rate greater than 99%, and the average millout time has consistently remained at only 15 to 17 minutes per plug.

Solution: Use aluminum Copperhead drillable bridge and frac plugs designed to withstand multiple pressure reversals of up to 10,000 psi and to drill out quickly

Save time on frac plug milling with a fit-for-purpose milling tool.