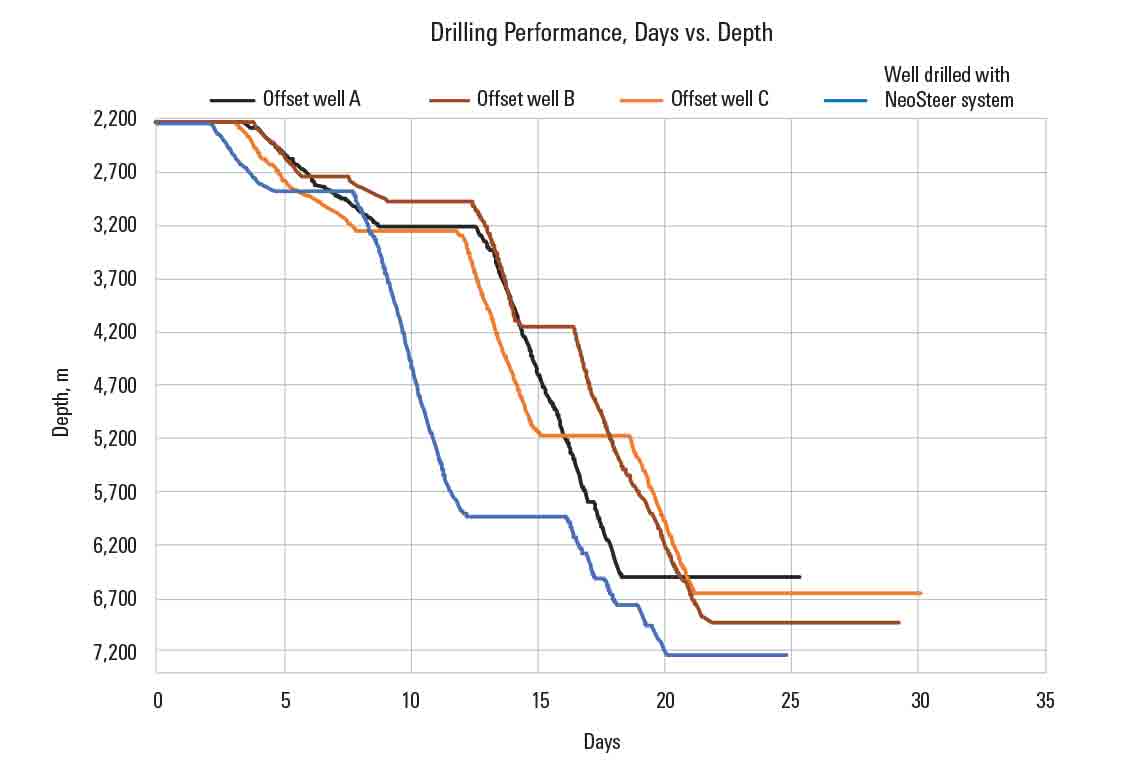 The NeoSteer ABSS delivered access to 1,000,000-bbl reservoir while setting ROP records of 409 and 549 m/d and depth records, including the longest well in Argentina at 7,190 m.

Accessed reserves while setting drilling records for speed and depth

The advanced BHAs delivered access to a 1,000,000-bbl reserve, drilling not only the longest geosteered lateral in the basin to 6,866-m TD but also the longest lateral in Argentina at 7,190-m TD. Speed records were also set, with the NeoSteer ABSS reaching an ROP of 409 m/d, even while building the 6°/30-m curve in a day. In a subsequent well, the ABSS achieved 549-m/d ROP. Both wells were landed at TVD within a ±3-m TVD.