Vietgazprom drilled two deepwater exploration wells in the Nam Con Son basin offshore Vietnam. Though both wells had similar engineering designs, the formations penetrated were vastly different. Despite these differences, the operator used information gathered in near-real time while drilling the first well (VGP-131-TB-1X) to identify areas, such as invisible lost time and execution of operations, that can be improved while drilling the second (VGP-130-TD-1X).

The OptiWell service was used in conjunction with the GN4 acquisition system during the drilling operation. Using the GN4 system, the well operations analyst in Hanoi received data in real time from the offshore rig. The well operations analyst worked with the drilling supervisors and engineers to collate and plot the KPIs while running marine risers on the first well. Once these data were presented to the customer, the operator determined that the tripping practices of the first well could be streamlined.

By using the data gathered from the first well, the operator was able to increase ROP in the second well.

The time it took to trip in marine risers in the first well was recorded and presented to Vietgazprom. In a water depth of 1,638 m, the total tripping time was 42.9 h and the average on-slip time was 14.58 min.

With a clear set of KPIs derived from the first well, improvements could be made in the second well, where the water depth was 1,177 m. Marine riser tripping on the second well took 36.97 h and the average on-slip time improved to 12.67 min. The campaign was completed within the planned days.

By determining critical KPIs for its drilling and tripping practices, Vietgazprom was able to reduce its riser running time nearly 14% and average on-slip time 13%. The deployment of the OptiWell service in this twowell campaign has equipped the operator with amended techniques that can be applied in future wells. 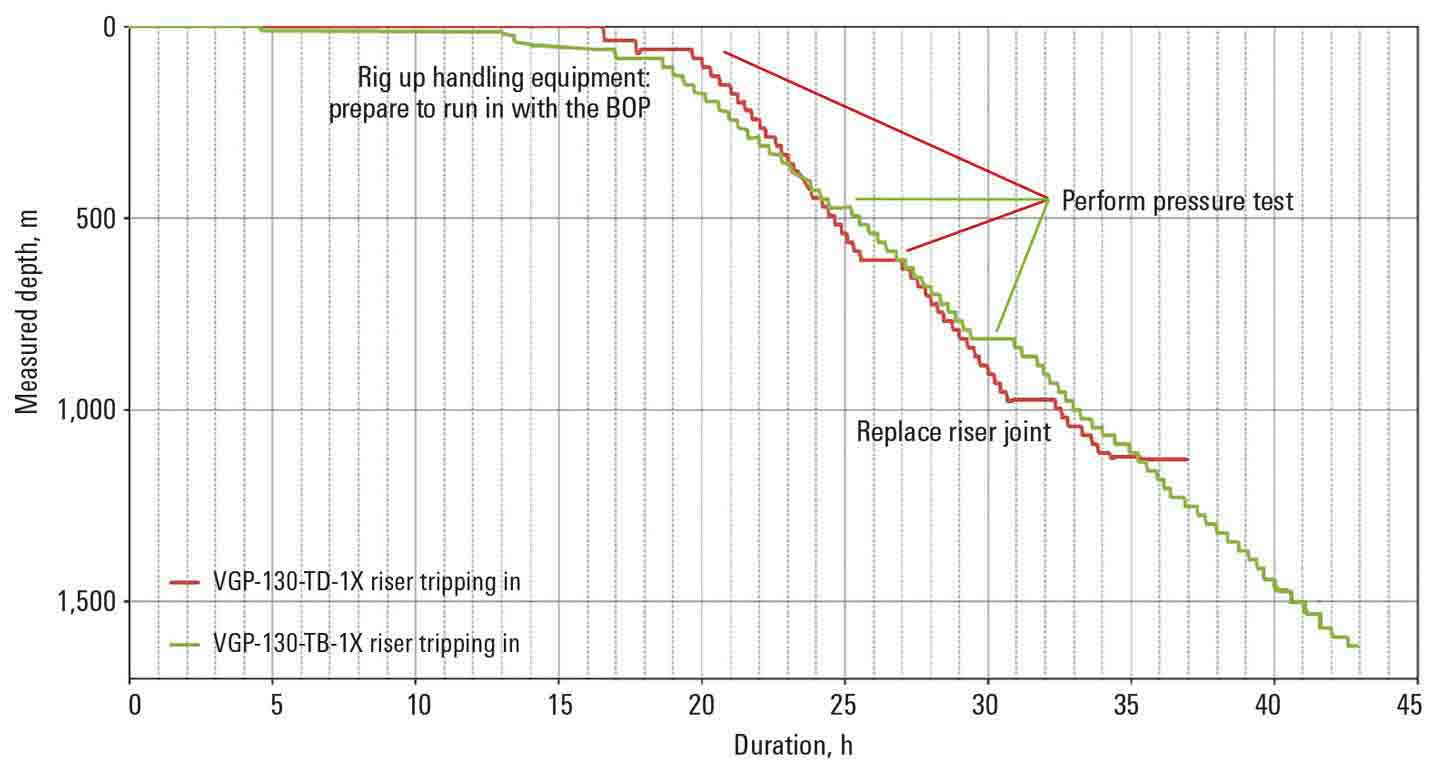 By using the data gathered from the first well, the operator was able to increase ROP in the second well. 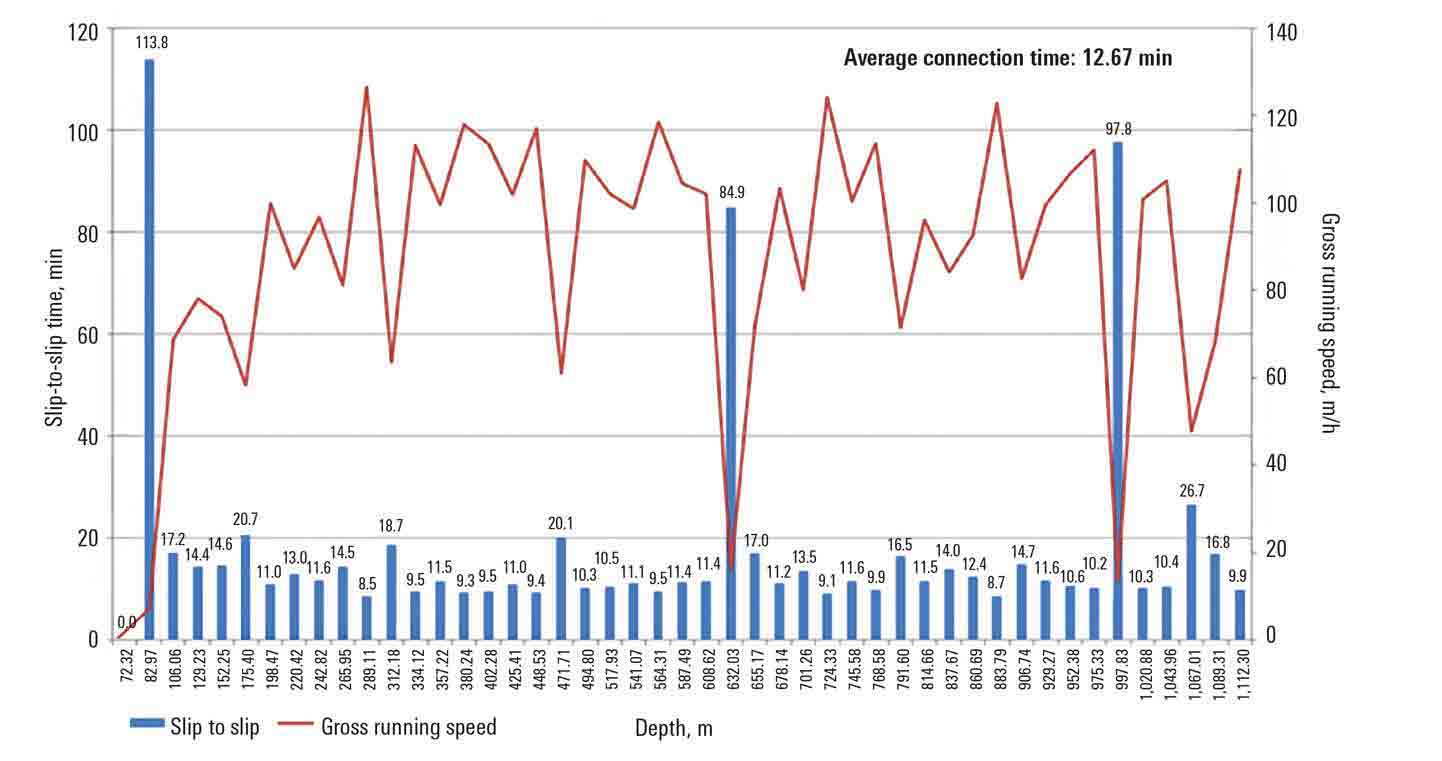 While the second well was being drilled, the gross running speed remained in the 60–100 m/h range while average on-slip time was reduced 13%.
Products Used
OptiWell
Well construction performance service

Monitor and analyze processes and downhole conditions in real time.