Challenge: Reduce severe mud loss in an exploration well while drilling through a thick carbonate section.

Solution: Use the OptiWell well construction performance service to analyze data from the well, determine the thickness and location of loss zones, and help develop a lost circulation material (LCM) strategy.

While drilling a 12 1/4-in pilot hole for Well VGP-130-TD-1X, the bit encountered a 350-m-thick carbonate section. After a severe mud loss in several zones in this section, Vietgazprom recognized that action had to be taken. Vietgazprom was using a synthetic-based mud that was difficult and expensive to transport, making mud loss physically, temporally, and economically detrimental to the project. Because the well was an exploration well, the exact thickness and condition of the carbonate section was unknown. Therefore, it was critical to analyze data, identify the potential loss zones within the carbonate section, and plan the loss mitigation accordingly.

Vietgazprom chose the OptiWell service to analyze the data. The well operations analyst assimilated subsurface and surface data and accurately identified loss zones within the carbonate section. The analyst was then able to determine that the experienced losses correlated with breakouts or fractures in the formation. This information was presented to Vietgazprom, and an LCM strategy was created.

As part of this strategy, a 50-ppb LCM pill was pumped through the bit around the loss zone. The static losses reduced, though as the circulation was increased, the loss rate increased. A higher concentration of LCM at 120 ppb stemmed the losses. 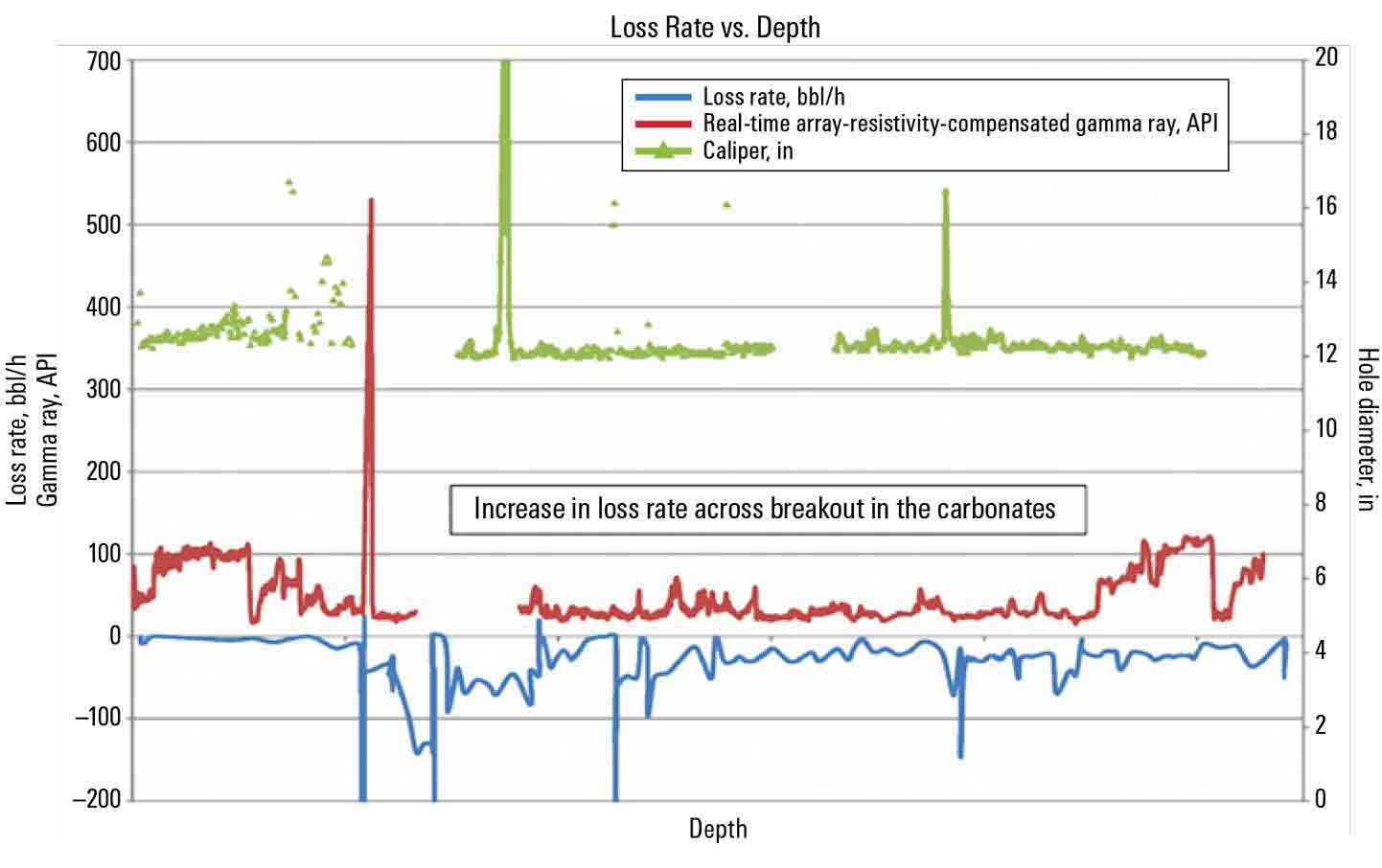 Mud loss while drilling through carbonates 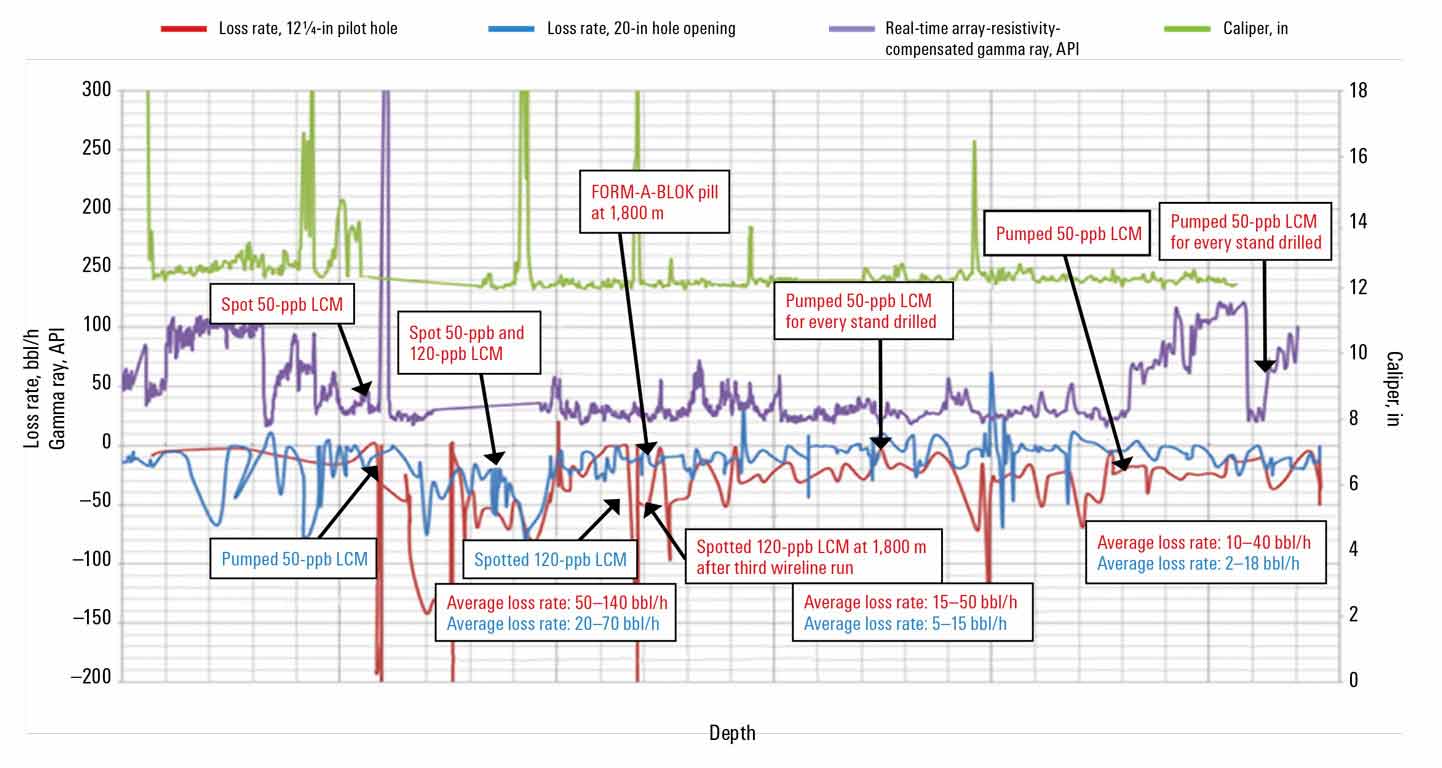 After the FORM-A-BLOK pill was pumped downhole, the operator was able to cut losses from an average loss rate of 50–140 bbl/h in the pilot hole to 20–70 bbl/h in the 20-in hole.

Throughout this process, the well operations analyst provided continuous monitoring and insight so that the drilling team could see the effect that pumping the various LCM pills had on the losses in real time. This detailed information also enabled the drilling team to pump and squeeze a FORM-A-BLOK high-performance, high-strength lost circulation pill into the fractured carbonate section.

The combination of the information provided by the OptiWell service, the collaboration with the well operations analyst, and the ability to see the loss reaction in real time gave Vietgazprom the information needed to complete the section. Ultimately, the OptiWell service assisted Vietgazprom in reducing losses by 50% while opening the well to 20 in. The section was drilled, logged, opened to 20 in, and cased with 16-in liner successfully and on schedule.

“The OptiWell service helped us tremendously. We were able to improve our performance without cutting corners or compromising rig time.”

Monitor and analyze processes and downhole conditions in real time.