Challenge: Drill an S-type well to TD in a drilling environment with known high-erratic torque and stick/slip risks.

Saka Indonesia Pangkah needed to drill an S-type well offshore Indonesia in a difficult environment. The well (UPB-12) was planned to be the first S-type well to drill to 9,618-ft TVD (Ngimbang carbonate formation) with a 61° inclination in Ujung Pangkah field. It was also going to be the field's deepest well—nearly double the depth at TD. However, the drilling environment posed high erratic torque and stick/slip risks.

Mitigate risks using a customised PDC bit and an RSS

Saka Indonesia Pangkah planned to use the PowerDrive vorteX system, combined with a customized PDC bit as torque risk prevention, to drill the 8 1/2-in section of the well. The plan entailed dropping the angle from 43° at 7,944-ft MD (5,685-ft TVD) to vertical with a 2.6° dogleg severity until planned TD at 11,900-ft MD (9,618-ft TVD).

Drilling torque ranged from 5,000 to 7,000 ft.lbf with a consistent WOB throughout the process. The stick/slip ratio was reduced to a maximum of 100%, which enables the operator to mitigate stick/slip even when using a more aggressive bit. The average friction factor during rotation was reduced by 18% from 0.28 to 0.23. 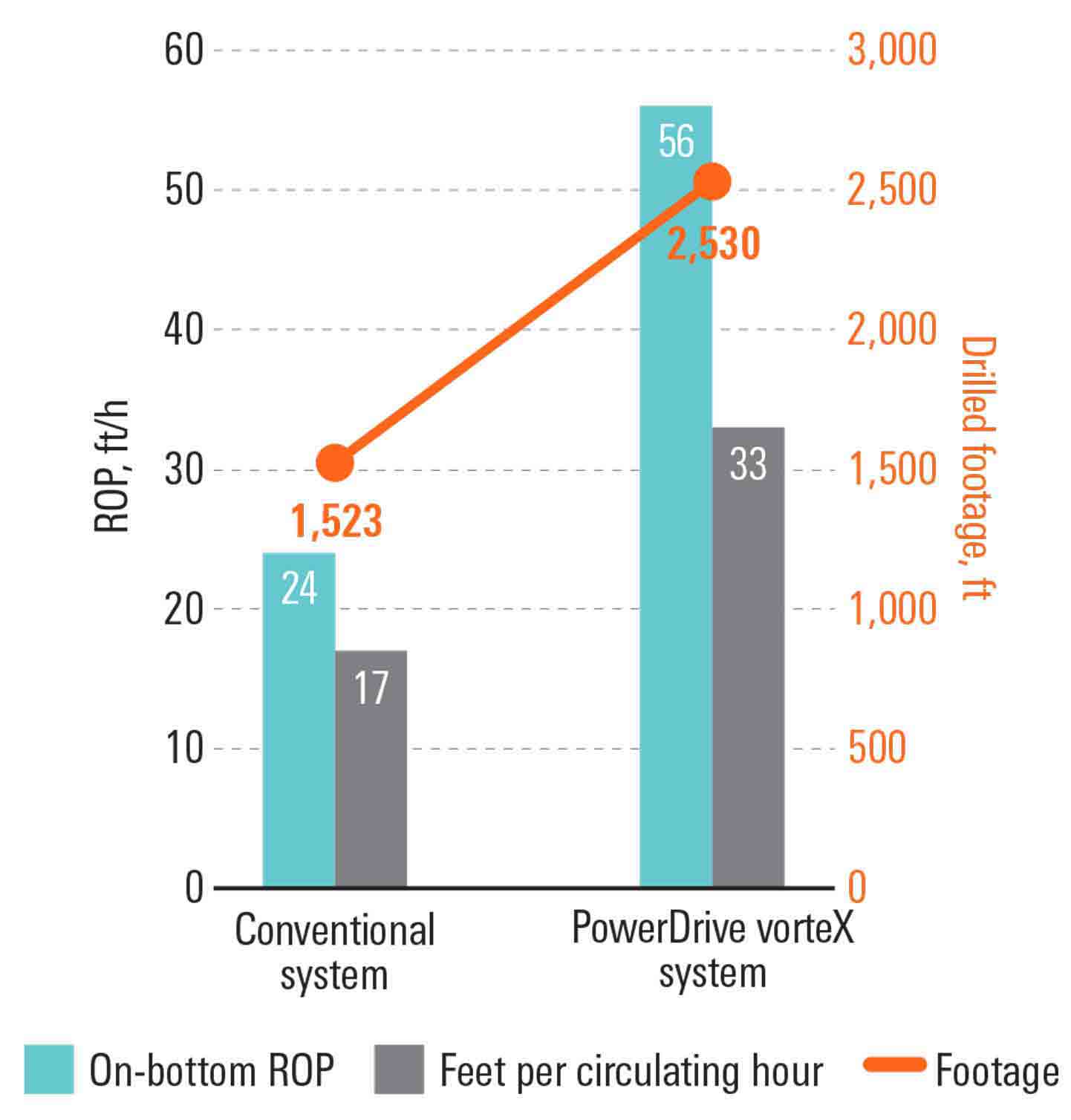 Meet the demanding criteria of directional drilling and other applications with innovative motor technology.