Challenge: Kick off from pilot hole cement plug and drill curve and lateral in reservoir known to induce high levels of shock and vibration.

Cimarex Energy Co. wanted to reduce drilling time while kicking off a pilot hole and drilling a curve and lateral in West Texas. Historically, Cimarex has used three separate assemblies in three runs to kick off from the plug, complete the curve and drill to TD. The operator required a specially designed BHA to meet the demands of drilling in an area of the Permian basin known to induce shock and vibration.

The PowerDrive Archer vorteX motorized high build rate RSS was selected to perform the sidetrack and drill the well to TD faster and eliminate time associated with multiple trips and slide drilling. This system is a true hybrid of push- and point-the-bit technology that delivers high-dogleg severities up to 18°/100 ft. It also enables the system to perform fast, reliable openhole sidetracks in any direction. 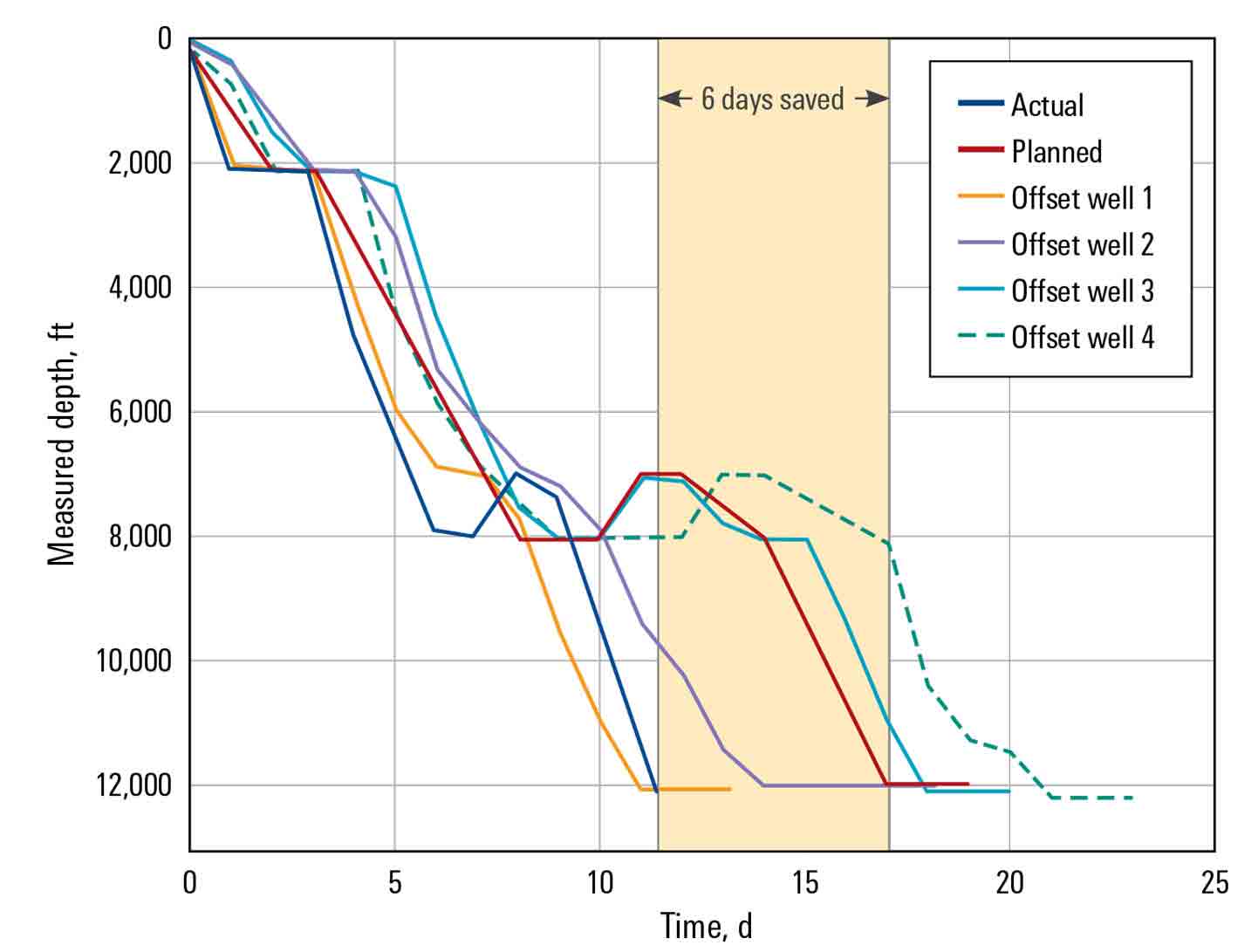 The PowerDrive Archer RSS system set new records by drilling the curve at 1,544 ft/d and the lateral at 1,956 ft/d in one run, which when compared with previous records of 1,332 ft/d and 1,647 ft/d, saved the operator 6 days of rig time.

Using an engineered BHA design including PowerDrive Archer vorteX RSS and SHARC PDC drill bit, Cimarex drilled the well with one BHA, resulting in a time savings of six days. The separation off of the cement plug was gained at 80 ft/h, eliminating time-drilling intervals while rotating. The curve and lateral sections were completed in one run and Cimarex set two company records for drilling speed—the curve at 1,544 ft/d and the lateral at1,956 ft/d.

While drilling, the operation encountered higher-than-expected shock and vibration. Predictive modeling from i-DRILL engineered drilling system design eliminated the drillstring as the cause. VIRTUAL HYDRAULICS software was then used and determined the fluid had caused the heavy shock and vibration. Schlumberger experts worked closely with engineers from M-I SWACO to evaluate and model the appropriate fluid. Once the shock and vibration were reduced, the PowerDrive Archer vorteX RSS performed to specifications. Cimarex plans to use this time-saving system when drilling future wells in the Permian basin. 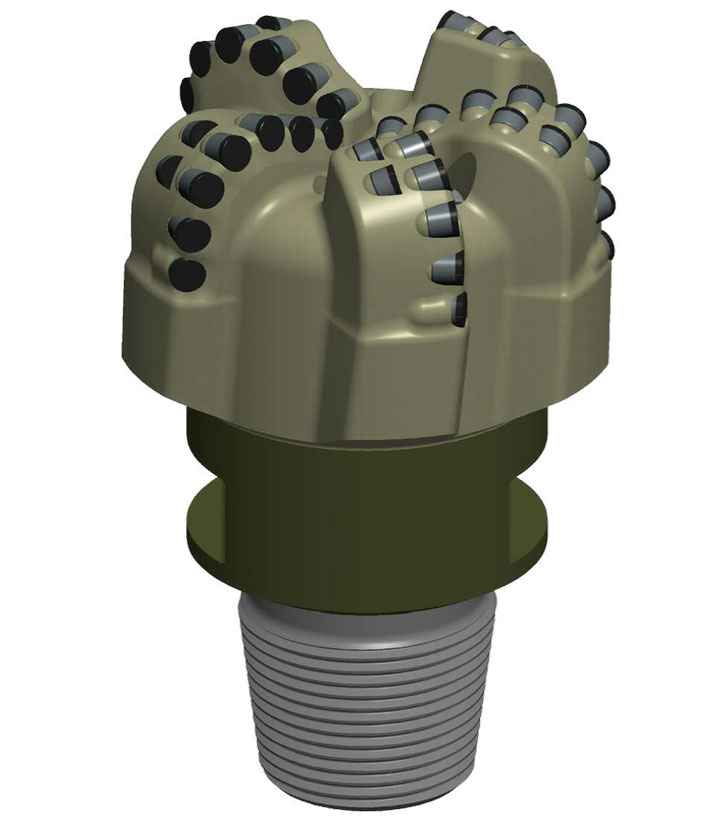 The optimized SHARC PDC bit is designed to achieve maximum ROP while maintaining drillbit stability, minimizing vibration for superior wear resistance.
"We successfully kicked off the pilot hole cement plug with a high-dogleg-capable rotary steerable system from Schlumberger, and we drilled a record curve and a record lateral in the same run."

Eliminate the formation of fish eyes by improving dispersion.