Results: Commenced MPD operations with DNV GL certification on all components within 12 months and successfully drilled an entire interval in a single run.

Stena Drilling challenged Schlumberger to develop an all-OEM deepwater MPD solution that Stena Drilling could use on any of its harsh-environment drillships. Stena Drilling required two MPD systems that could be utilized across its deepwater fleet—a key tender requirement.

Schlumberger worked closely with Stena Drilling to develop a scope of supply document, listing product specifications and key requirements. The goal was to produce an all-OEM deepwater MPD solution that would meet the requirements of Stena and for DNV GL certification.

A team from Cameron and M-I SWACO, both Schlumberger companies, participated in the engineering design phase to identify and engineer to-order components on the aggressive timeline. This industry-first solution included the industry’s shortest and most lightweight integrated riser joint (IRJ) and the @balance Speed sealed rotating system.

The IRJ integrated riser joint system enables effective riser gas handling and MPD operations in a modular, flexible design. The IRJ system consists of a flow joint, slimline annular, and below-tension-ring rotating control device (BTR RCD). When equipped with the @balance Speed sealed rotating system, the BTR RCD provides a closed-loop circulating system of flow from the riser annulus to surface equipment. The flow spool features goosenecks with valves and hoses, enabling circulation of drilling fluid to surface, where returns can be routed appropriately based on desired operation. The slimline annular serves as an alternative, active seal option when the @balance Speed system is not deployed or requires replacement. 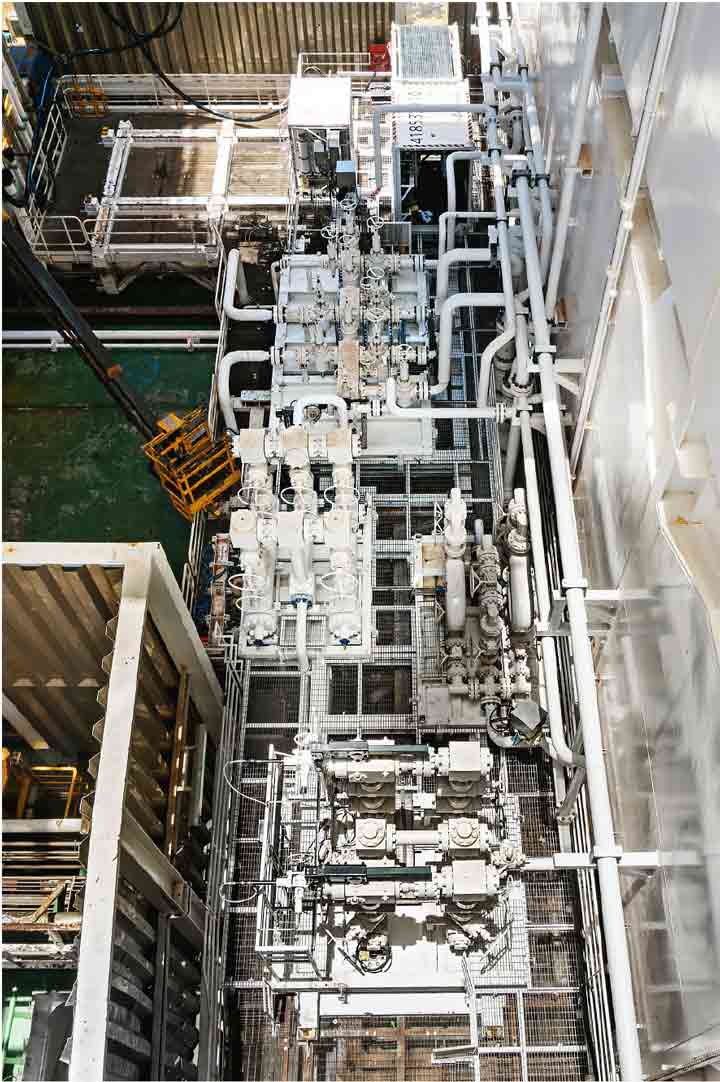 Schlumberger delivered the first all-OEM deepwater MPD system to Stena Drilling in Q1 2017. The inaugural system was delivered in 12 months with DNV GL certification on all components. The IRJ, control system, and umbilical reeler were delivered following a successful system integration test at the Cameron Drilling Berwick plant. In May 2017, the IRJ, control system, umbilical reeler, sealed rotating system, and running tools were deployed to the Stena Forth, warm-stacked in the Gulf of Mexico to conduct a wet-test of the IRJ, controls, and RCD operating procedures.

This enabled Stena Drilling and Schlumberger to collectively capture lessons learned and implement best operating practices for the IRJ installation and retrieval to mitigate risks on future operations. After successful completion of the test, the equipment was deployed to Guyana for installation on the Stena Carron.

The integrated MPD system was installed and commissioned onto the rig in August 2017. In September, MPD operations commenced on the Turbot #1 well. This well was not MPD critical but was used for training rig crew to become familiar with equipment, MPD operating procedures, and MPD personnel.

Because of the short length and reduced weight of the IRJ, it can be picked up and installed in a single lift. This, in addition to other key design features, is a known differentiator over other commercial offerings. BOP running times were affected by as little as 8 h when incorporating the IRJ within the riser string. This included running the IRJ through the rotary table, installing the goosenecks and single MPD umbilical in the moonpool, performing function tests on the IRJ, and pressure testing the MPD goosenecks and flowlines, which can take 3 to 4 times longer using other commercial systems.

MPD operations commenced with drilling the 12 1/4-in hole section. The section was successfully drilled to a total depth of 18,445 ft [5,622 m], a 5,302-ft [1,616-m] interval in which 36 MPD connections were made while holding constant bottomhole pressure. The entire interval was drilled with a single run of the @balance Speed sealed rotating system, a key performance contributor of the system given 208-h installation time at speeds between 120 to 180 rpm. Following a smooth trip out of hole, the MPD system was taken offline so that the operator could begin logging operations.

DNV GL recently revised its classification rules for MPD systems and introduced two new class notations—DRILL(MPD) and DRILL(MPD READY). Stena Drilling is the first drilling contractor to receive the notation DRILL(MPD) for its harsh-environment drillship Stena Carron. The certification process assessed all the components’ roles within the system in an operational environment as well as the effect on existing systems onboard, ensuring that the isolation, redundancy, and safety systems met the standards of the new notation. 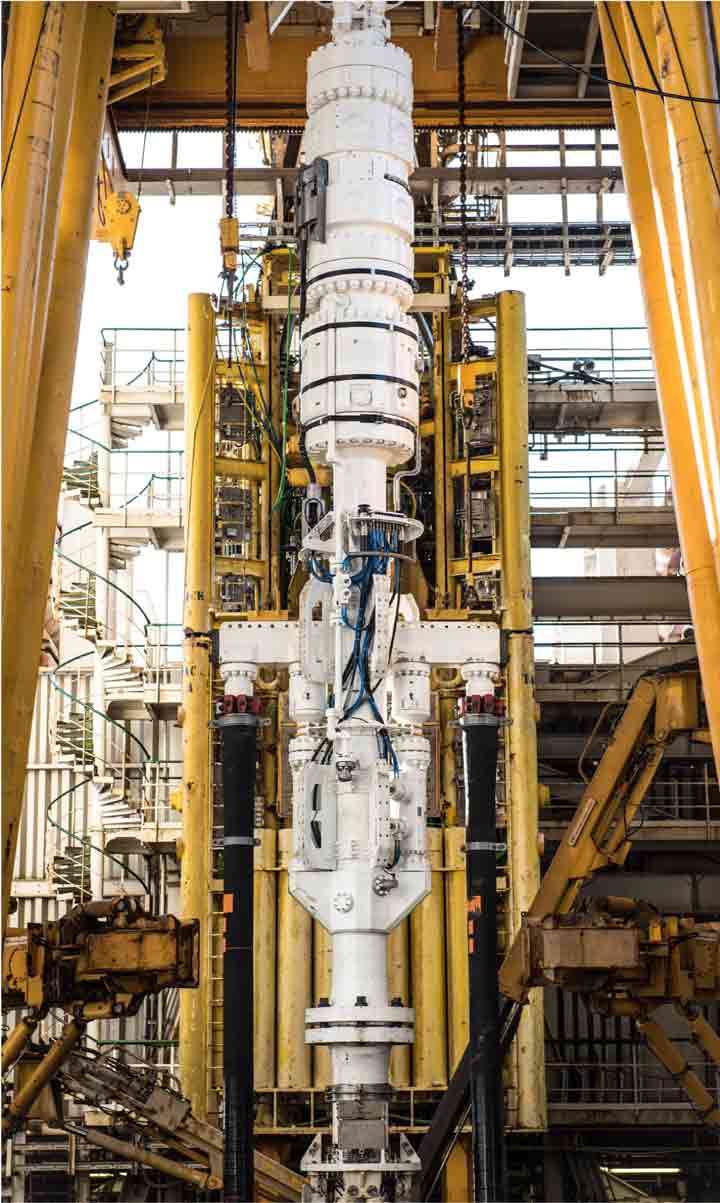 Industry’s only complete deepwater MPD solution, from reservoir to flare stack, from a single supplier.

Contain hydrocarbons or other wellbore fluids and prevent their release to the atmosphere.