Results: Obtained reliable pore pressure measurements to manage tight mud-weight window and drilled the undrillable well to 400-m TD in one run, revealing the deepest gas discovery in the field.

Abnormal pressure and narrow mud-weight windows had prevented an operator from successfully penetrating deep gas targets previously considered undrillable offshore Malaysia. Because the reservoir had never been drilled, there was no direct offset data available, which caused uncertainty in the predrill pore pressure model, with an expected narrow safe mud-weight window of 0.7 lbm/galUS.

The @balance Services automated constant bottomhole pressure MPD system with integrated kick detection was run to manage the annular pressure within the safe drilling window. However, the section was exploratory with no direct offset data, and the drilling fluid was oil-based mud, which could mask small influxes from gas-bearing formations. The operator contacted Schlumberger for an integrated solution to overcome these drilling challenges. 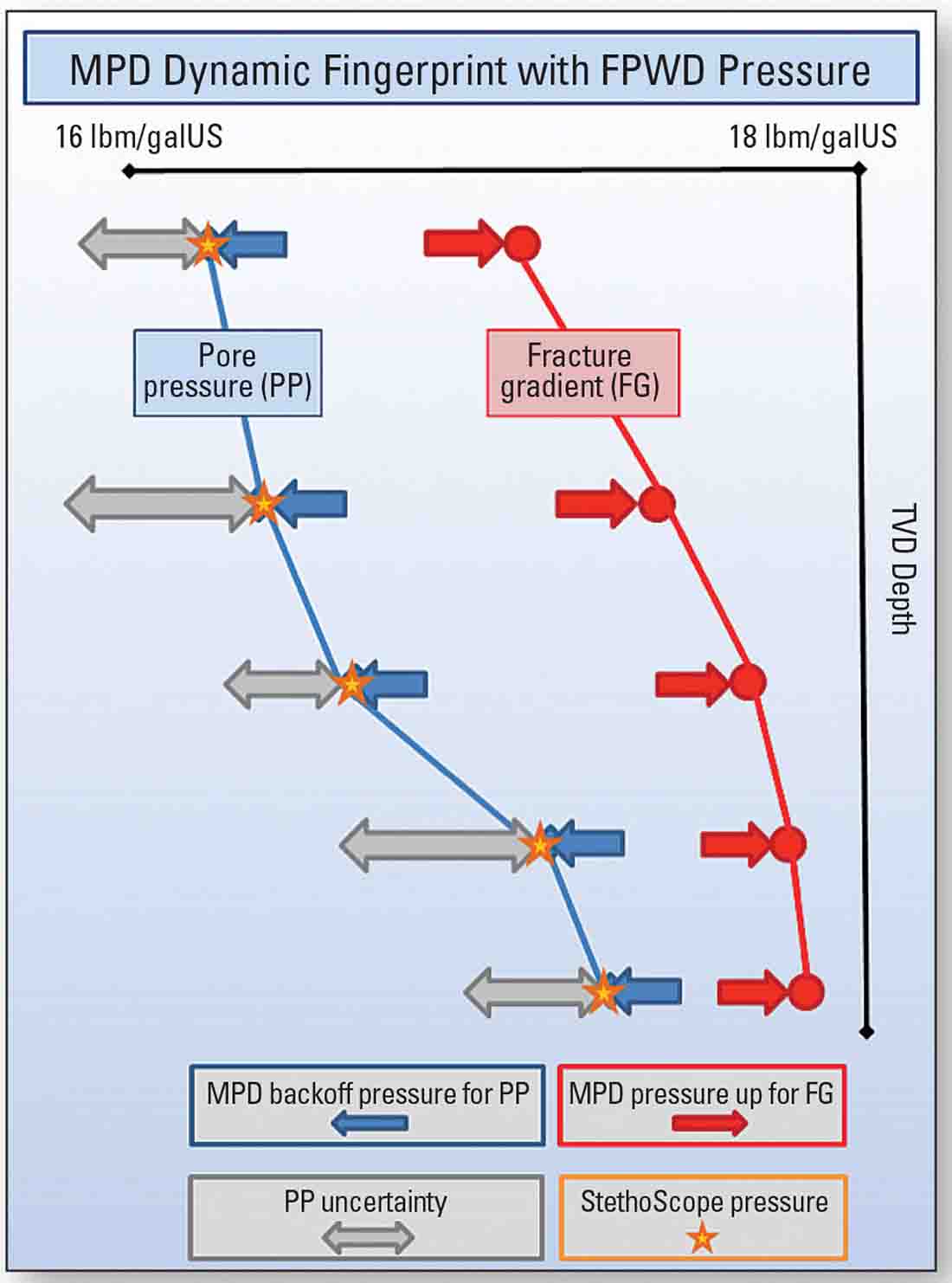 The well was drilled with a statically underbalanced mud weight using MPD backpressure to keep the pressure in the wellbore slightly overbalanced. When the permeable zones were reached, the StethoScope tool was deployed to measure formation pressure. The safe mud-weight window was approximately 0.7 lbm/galUS. Pressures recorded formation equivalent mud weights as high as 18.2 lbm/galUS, which were repeated for verification within 1.5 psi.

The StethoScope tool ran for more than 430 hours below the rotary table, its longest run in Asia. NPT was zero despite more than 300 hours of pumping and static formation temperature of 158 degC. 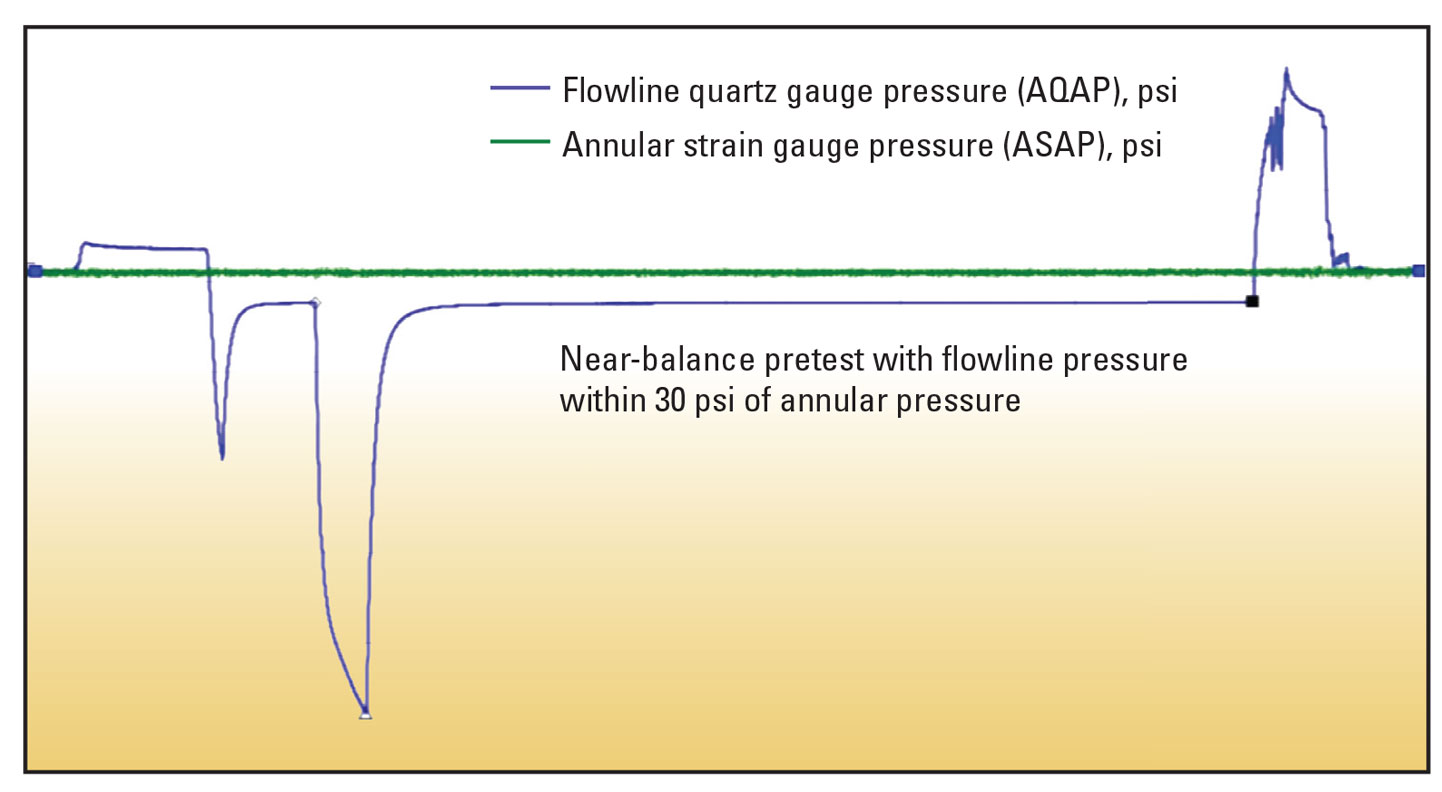 StethoScope pretest at near-balance conditions between wellbore and formation.

Manage abnormal pressure and drill to TD in one run

With pore pressure confirmation, the operator was able to safely manage the abnormal pressure and drill the reservoir section to the planned TD of 400 m in one run, revealing the deepest gas discovery in the field. The MPD system managed a tight mud-weight window, never allowing an influx of more than 4 bbl. Despite near-balance drilling conditions and low mobility formations with little mudcake, the StethoScope service managed seals on 29 of 30 tests, a 97% seal success rate.

Combining StethoScope FMWD with @balance Services MPD system and Geoservices pore pressure updates provided the operator with the necessary data to drill the undrillable well and the confidence to continue in this challenging environment.