Traditional hydraulic fracturing operations rely on the continuous pumping of large volumes of proppant or sand pack, transported by engineered rheology fluids. As operators seek higher drainage and cost efficiency, completion strategies veer into longer lateral wells and increased stage counts per well. This translates to higher-volume jobs that require more proppant, water, and other services and equipment, as well as increased logistics and transportation needs. Products are trucked to location across distances of more than 500 km in some cases. For geographically remote locations, this poses challenges for both the operator and service company. In addition, during operations, the possibility of a screenout can be cost prohibitive if coiled tubing needs to be mobilized to a remote location for a cleanout job. Furthermore, as stimulation jobs have increased in size, the emissions footprint has also increased, so the ability to reduce proppant, chemicals, water, and equipment requirements while producing more sustainably is critical. 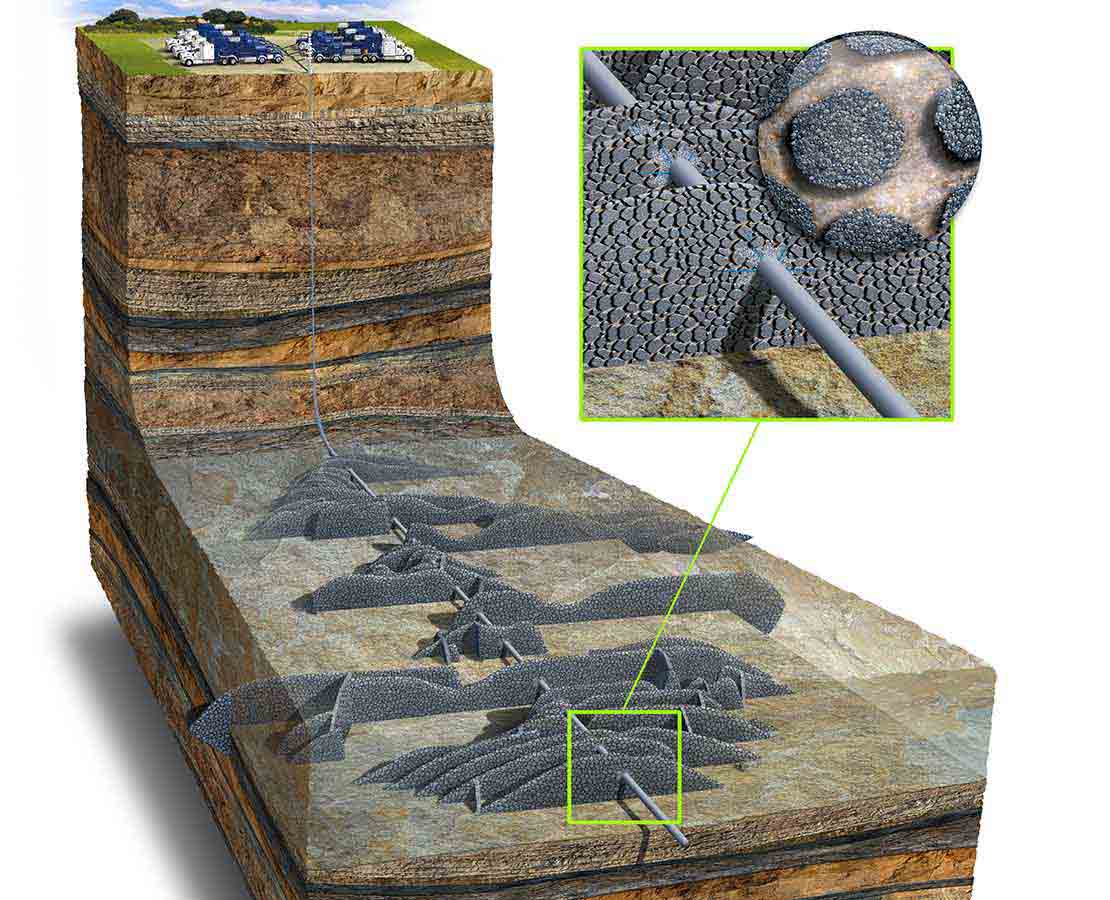 The HiWAY technique fundamentally changes the way proppant fractures generate conductivity. It decouples fracture productivity from proppant permeability and creates flow channels. Instead of flowing through proppant in the pack, hydrocarbons flow through channels, while the proppant acts as pillars within the fracture. This enables better production compared with the traditional treatment while reducing up to 40% proppant, 30% water, and 25% carbon emissions. Operators minimize screenout risks as well as achieve higher cost efficiency per barrel of hydrocarbons produced. This is achieved by reducing the material required and subsequent time associated with handling, transportation, and pumping—simplifying logistics.

† The quantified emissions reduction does not include savings from water, proppant, and other products’ raw material sourcing, manufacturing, and transportation to the operating base.