A vertical well through a carbonate formation in Iraq experienced a rapid oil production decline after initial acid matrix stimulation by another service company. A conventionally bullheaded 15% hydrochloric acid (HCl) treatment reduced formation skin and delivered oil production that met the operator’s expectations. However, 7 months later, the production had declined enough that the operator needed to restimulate the well to maintain economic production.

Penetrate more deeply into the reservoir 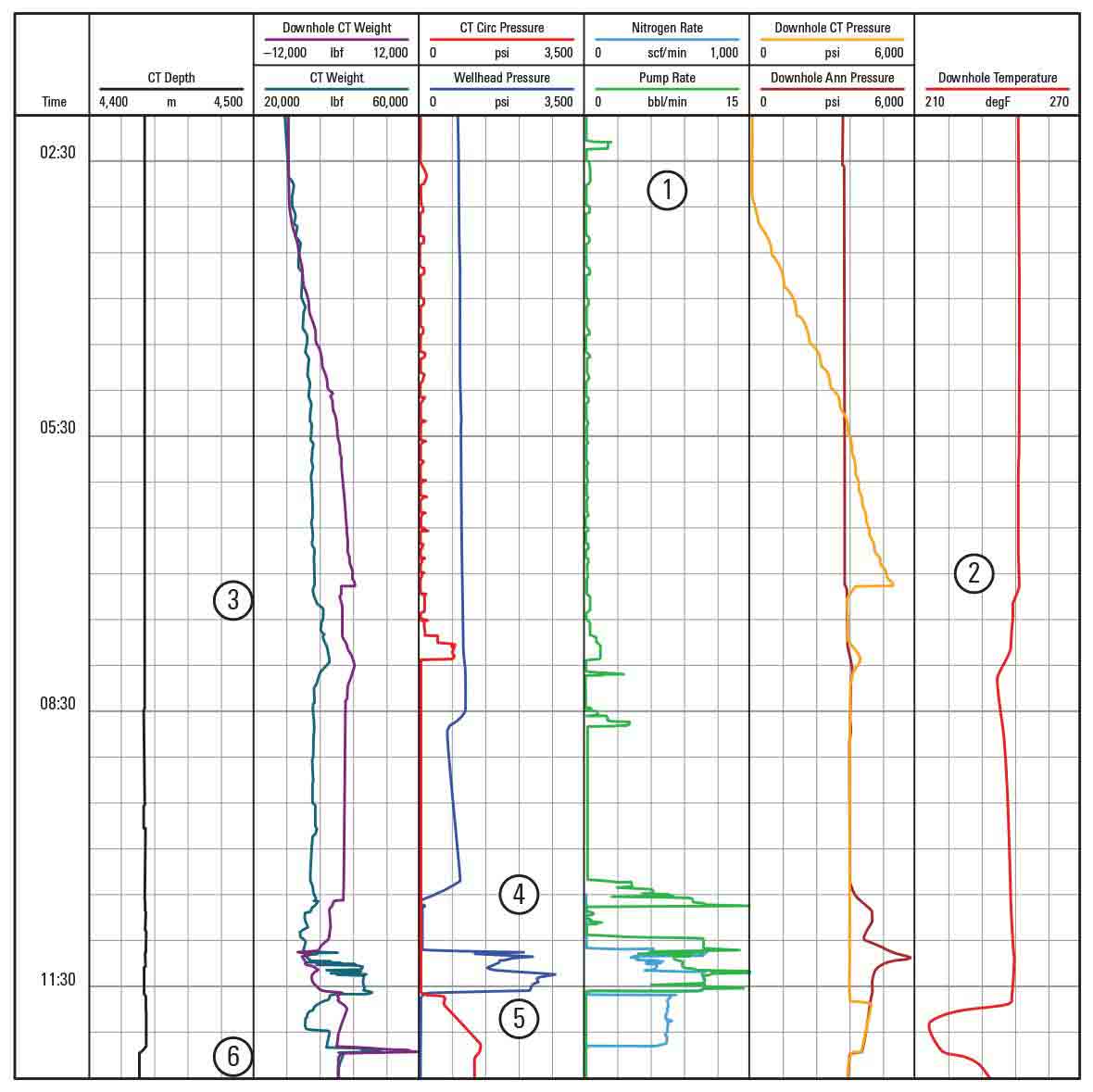 To improve penetration and long-term results, the engineers first considered emulsified acid with a diesel base, which had been used with positive results in this field. However logistics and security constraints for transporting diesel in Iraq, additional equipment setup for mixing this fluid, and higher friction pressures related to the emulsified systems led the operator and Schlumberger to consider a new option.

The engineers recommended an OpenPath Reach service with water-based single-phase retarded acid. The system is easy to mix in real time on location with no special equipment or processes. In addition, the system imparts very low fluid friction, enabling higher pump rates and more efficient stimulation with less fluid. Core flow and compatibility testing also verified that the single-phase acid system was compatible with the formation and reservoir fluids.

For accurate and uniform acid placement into target zones of widely differing permeabilities, Schlumberger proposed a selective stimulation using a CoilFLATE packer to isolate specific segments for treatment with ACTive services to enable precise depth correlation and control of the packer inflation, anchoring, and monitoring of the stimulation treatment.

The engineered operation was delivered as approved by the operator, in a treatment that used 30% less fluid as compared with the conventional 15% HCl because of the improved efficiency of the single-phase retarded acid. The design simplified logistics to wellsite, reduced treatment time, and accelerated flowback to generate initial production 2 to 3 days faster as compared with the conventional HCl treatments.

The operation improved production by 20% overall and 67% in the target zone, with the incremental oil paying off the stimulation operation in less than 3 weeks. In addition, the reduced treatment time minimized site security costs, and the improved flowback resulted in an early oil increment valued at more than USD 500,000.