An operator in Kazakhstan has traditionally stimulated its carbonate wells by fracturing with an emulsified acid system. In some wells, the combination of the acid system with the oil, reservoir rock, and formation water created a stable emulsion. However, the high reservoir temperature required a retarded acid system, limiting the options.

In addition, the wells were completed with third-party packers that often failed during stimulation, resulting in a sudden drop in fluid rates and incomplete stimulation.

For a new well, the operator wanted an acid system that would not create emulsions and would stimulate beyond the near-wellbore area even if the packer failed. The operator also asked for a stimulation design that would use less fluid to expedite flowback, reduce operation time, and support environmental stewardship.

Laboratory testing determined the system would not create posttreatment emulsions and would stimulate efficiently for acid fracturing or, in the case of a packer failure, as a matrix stimulation treatment because of its delayed reaction.

Furthermore, the engineering team determined they could design an effective stimulation operation with much less acid because of the efficiency of the new system. 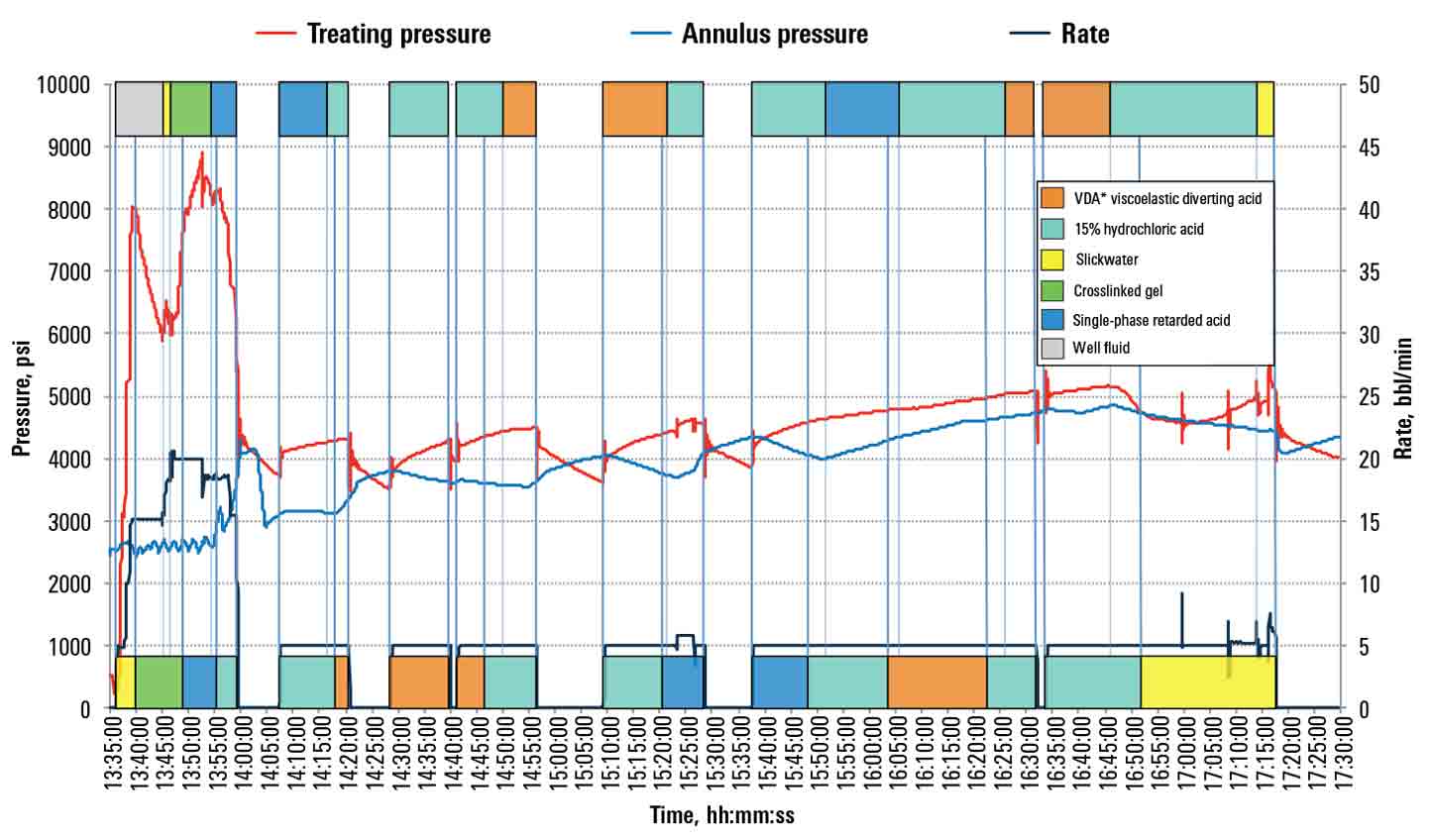 When a third-party packer failed after just 25 minutes, the single-phase acid system enabled rapid rate recovery. The engineering team was able to continue the job as a matrix treatment because of the acid’s delayed reaction properties.

During the first operation with the new acid system, a third-party packer failed, and the engineering team had to reduce the pump rate and complete the job as a matrix treatment.

Before the treatment, the well was producing 12 m3/d [75 bbl/d], a rate comparable to offsets before stimulation. Two weeks after the treatment, the oil rate was 28 m3/d [176 bbl/d], comparable to a similar offset well treated with the conventional emulsified acid system—but with no sign of emulsions. In addition, the new well stimulation design used 43% less raw acid than the conventional design.