During plug-and-perf hydraulic fracturing operations, ball-activated frac plugs isolate each stage from the next. After all stages have been fractured, the activation balls float off their seats with reservoir pressure or dissolve, but many operators prefer to drill out the entire plug and enable fullbore production. The debris and sand brought to surface during drilling significantly reduce the trim life of the adjustable flowback choke valve used to control flow rate.

In the Marcellus and Utica Shales of the northeastern US, the needle-and-seat trim of commonly used choke valves requires replacement every 5–6 stages on average. With about 70 stages per well, diverting the flow and changing out the worn trims costs operators more than USD 2,000 per well. Moreover, the worn trim causes fluctuation in the flow rate, which can hurt future production. Using positive choke valves instead of adjustable ones is not ideal because as the trim wears, the flow rate must be adjusted, which requires shutting off one side of the manifold during operations to change the bean (fixed orifice) to a different size.

Cameron decided to replace the tungsten carbide traditionally used for these needle-and-seat trims with ultrahard polycrystalline diamond (PCD) material to prolong the operational life of the trims. During testing, these diamond materials have shown 60 times greater erosion resistance than the tungsten carbide used as standard trim material on Cameron surface choke valves. To obtain a direct comparison between PCD and carbide needle-and-seat trim performance, tests were conducted at a Schlumberger facility in Texas, using a flow loop and slurry with 2%–3% sand concentration. Pressure drop across the choke valve was maintained at about 2,000 psi [13.8 MPa], which is representative of fields in Pennsylvania.

The tungsten carbide trim showed noticeable wear after 2 hours. With the PCD trim, only miniscule erosion of the needle tip was observed after 2 hours, and it was slight even after 32 hours of testing. Toward the end of testing, the pressure differential was increased to 5,000 psi [34.5 MPa]; the diamond trim continued to perform flawlessly. In both cases, some erosion occurred at the outlet of the choke valve because of recirculation. To address this issue, the Cameron CAM20-FB multitrim valve uses a tungsten carbide liner downstream so that flow control performance is not affected.

The CAM20-FB choke valve was field tested in a Pennsylvania well with an average flow rate of 4 bbl/min and an average pressure drop of 1,500 psi across the valve during drillout. The diamond components of the valve showed negligible wear after 62 stages, and only minor signs of erosion were found on the downstream side of the seat, demonstrating the valve's fitness to continue operating for many additional stages. Eliminating the need for repeated interventions on the choke manifold by technicians during frac plug drillout delivers significant savings in time and costs, lowers HSE risks, and enhances overall efficiency of the operation. Maintaining a steady flow rate during cleanup also has a positive impact on long-term well productivity. 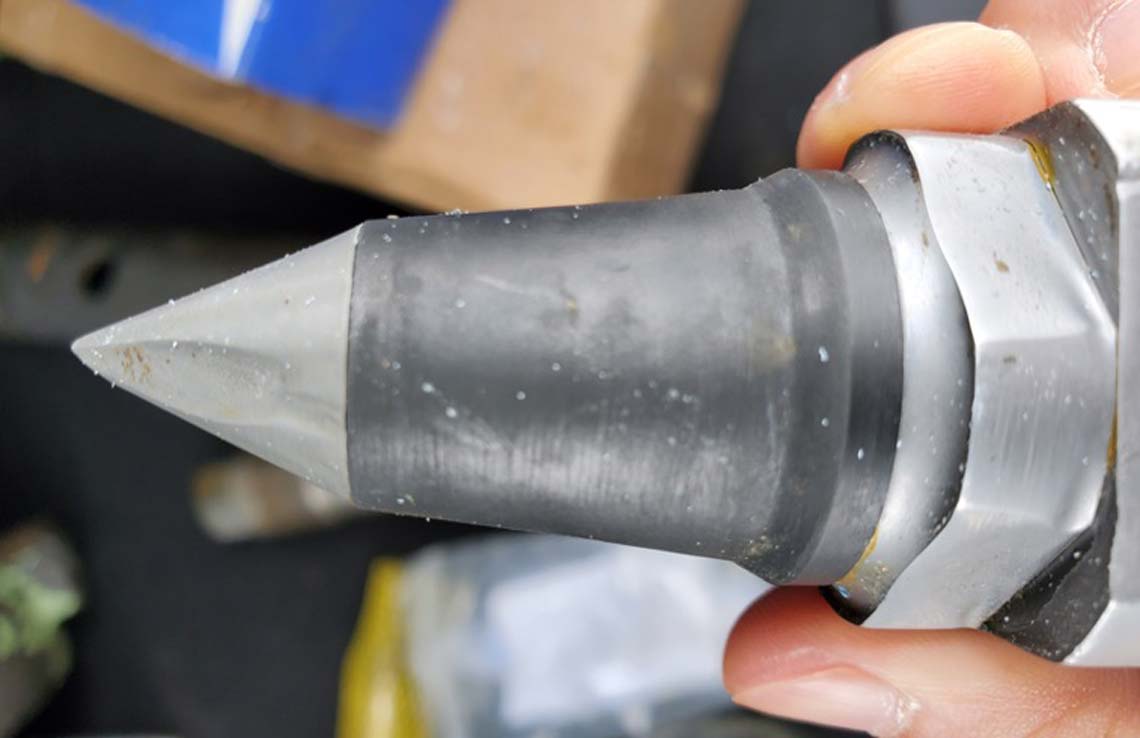 A new diamond trim for the CAM20-FB multitrim choke valve exhibited little erosive wear even after 62 frac plugs were drilled out, compared with conventional trims that require replacement every 5–6 plugs.

Adapt the choke valve to the operating environment and increase uptime.