Gauge failures due to connector seal
0

When Schlumberger introduced permanent downhole gauges in 1972, the gauges often did not last the life of the well. The most common reason for failure was a loss of electrical integrity, often a factor of the gauge connector's seal.

In 2001, Schlumberger launched a development program to eliminate these failures. Research focused on the seals, antivibration and antishock devices, and cable connections. In 2004, the results of the development program were released in the form of the Intellitite* downhole dual-seal dry-mate connector.

Since that time, all premium WellWatcher* permanent monitoring systems have been supplied with Intellitite connectors. 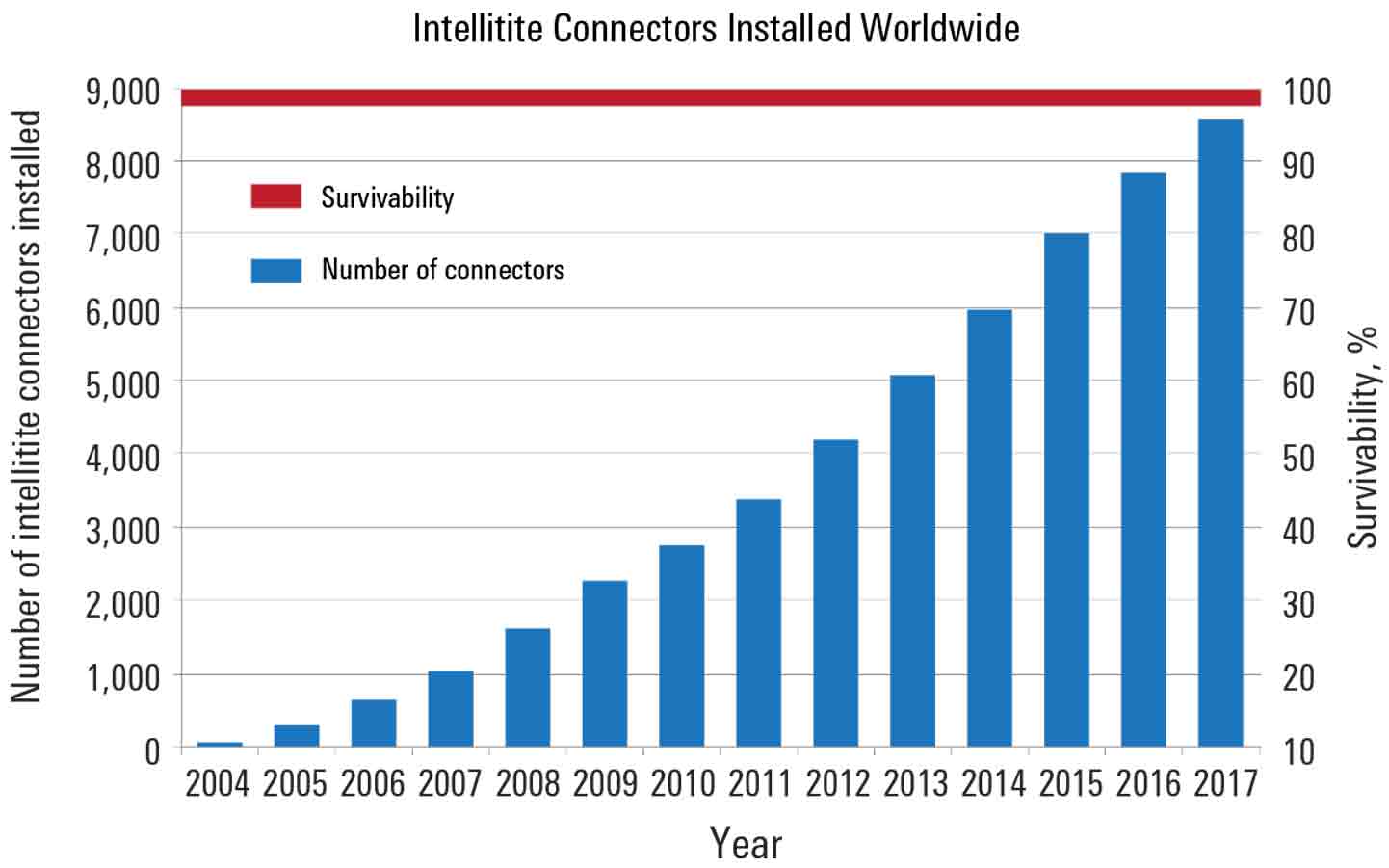 Since 2004, Schlumberger has run more than 8,000 Intellitite connectors with WellWatcher permanent monitoring systems. No failures have occurred.

The Intellitite connector has the highest reliability rating in the industry