The eFire-SL slickline-deployed electronic firing head is programmable and used to detonate downhole explosives and activate specialized remedial services. The eFire-SL firing head maintains total control of the sequence of operations and the timing of activation. It also recognizes commands sent from the surface and initiates detonation.

Fully controlled from the surface, the eFire-SL firing head does not require the input of prerecorded downhole parameters to activate the firing process. Instead, it is operated by a coded sequence of slickline-deployed tension pulses, which are converted to pressure pulses in the tool head. A unique combination of these pulses creates the special signature required to communicate with the initiator module.

After a pressure transducer in the tool detects the command from the surface, two separate processors in the controller module are required to independently verify the unique command. The initiator module then converts the battery power to the high voltage required to initiate S.A.F.E. slapper-actuated firing equipment. The S.A.F.E. equipment and the eFire-SL firing head do not include primary explosives.

A preset hydrostatic pressure must enable the firing head before it will accept the command to fire. Once the pressure command is accepted, an arming command is sent from the surface. These safeguards are in addition to the safety provided by the unique pressure pulse command signature. The eFire-SL firing head is radio frequency–safe. 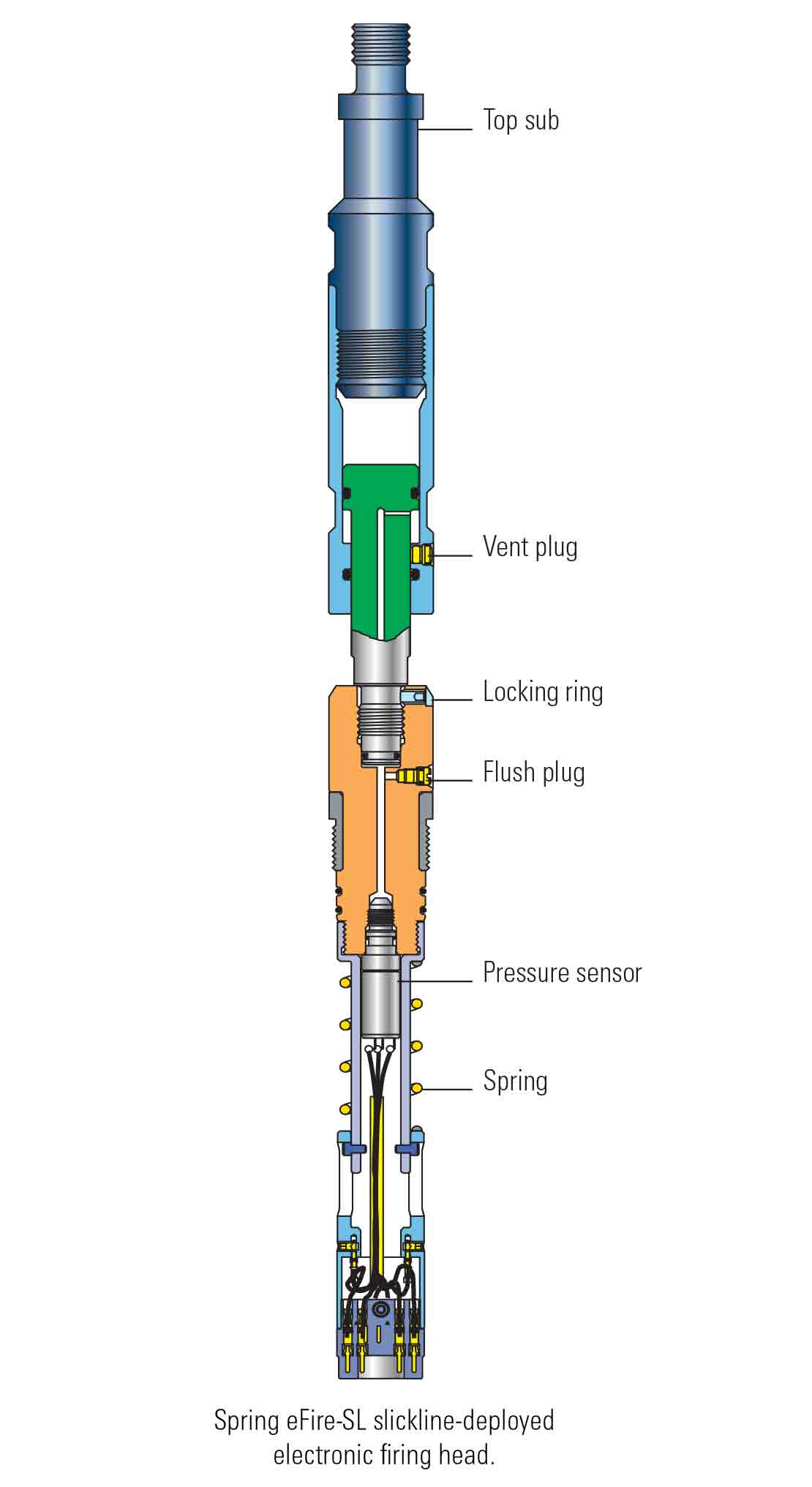 Perforate, punch tubing, and cut for pipe recovery—on depth and in real time.

Achieve efficient cleanup of the perforation tunnels by removing perforation debris and crushed sands behind casing.

Get total control of the operation while perforating, setting packers and plugs, initiating chemical cutters, and sampling.