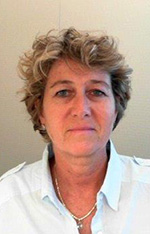 Roseline was elected President of the Schlumberger Foundation early 2015. She also assumes the role of Treasurer and is a Director of the Foundation. Prior to this, she was Manager Schlumberger Mergers & Acquisition for North America, based in Houston, USA, and was on the board of the French-American Chamber of Commerce which supports French entrepreneurs and businesses develop their economic activity in Texas.

Roseline joined Schlumberger in 1988 in the Internal Audit team in Paris, France. She has held a variety of leadership positions in Tax, Finance and Management in Paris, France, and Houston, USA. In 2001 she moved to Houston as VP Finance for Oilfield Services North and South America, then VP Finance Oilfield Services based in Paris, Schlumberger Limited Director of Internal Audit in Houston; in this position, she was also in charge of career development of the Schlumberger Finance personnel, and a member of the Schlumberger Gender Balance Steering Committee, a group formed to identify and understand the specific issues affecting career development of women in Schlumberger, and to advise management in designing and implementing policies and practices to overcome the obstacles faced by women in their pursuit of long and challenging careers.

Roseline holds a Master’s in management from Ecole Superieure de Commerce et d’Administration des Entreprises in Marseilles, France, of which she is a mentor helping young graduates make career and life decisions.

She joined the Board of the Schlumberger Foundation in 2015 to continue the development of its flagship program, Faculty for the Future, as a unique vehicle deeply anchored in Schlumberger values of Science, Innovation and People, and ensure it makes a difference beyond the lives of the program Fellows and Alumnae, in their communities and countries by giving them power to become an irreversible force that resolves technical challenges and accelerate economic and social development in the most challenged regions.