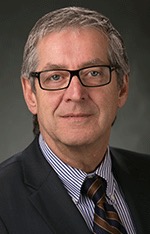 Tore Sandvold has more than 30 years of experience in the oil and energy industry. He has served in the Norwegian Ministry of Industry, Oil & Energy in a variety of positions, including as its Director General, with overall responsibility for Norway's national and international oil and gas policy. He has also worked as the Counselor for Energy in the Norwegian Embassy in Washington, D.C., and as executive Chairman of Petoro AS, the Norwegian state-owned oil company.

Tore has been Chairman of Sandvold Energy AS, an advisory company in the energy business, since September 2002. Since 2003 he has also been a director of Teekay Corporation, a provider of international crude oil and petroleum product transportation services, where he is a member of its nominating and governance committee. Since 2013 he has been a director of Rowan Companies plc, a provider of international and domestic contract drilling services, where he serves on its audit committee and its health, safety and environment committee. He has also served as Chairman of the Board of Misen Energy AB, a Swedish upstream oil and gas company, and is the Chairman of Njord Gas Infrastructure.

Among other positions, he serves as a Director of Lambert Energy Advisory and the Energy Policy Foundation of Norway. He holds an MBA and an MSc in Finance from the University of Wisconsin. Tore joined the board of the Schlumberger Foundation in 2011 to support and contribute to its efforts to provide higher education to women from developing countries, a task that he considers extremely important.