The foundation of our leading testing technology

The introduction and evolution of drillstem tests

Frequent tests were necessary in the area because of the irregular nature and thinness of formations, but at the time, the only means of testing was to set casing, cement, and bail. The Johnston brothers wanted to develop a more practical and less expensive way to test.

They conceived the idea of a test tool and conical packer that could be run on the end of the drillstem and set on the shoulder atop the rathole. To try out their idea, they made a packer out of discarded belting and a test tool out of a poppet valve and a heavy spring from a railroad boxcar.

Field runs were successful, and in 1927, just one year after the first test was performed, the Johnston Formation Testing Company had more jobs than it could handle. More people were hired and trained for locations in the major oil-producing areas of Texas and California.

In 1933, Luther Johnston bought a pressure recorder from the Standard Oil Company and ran it on DSTs in the White Castle and Cameron Meadows oil fields of Louisiana. The pressure recorder was a success and became a regular procedure in well testing.

Johnston Testers continued to grow and was acquired by Schlumberger in 1956. Schlumberger and Johnston had a common objective from the very beginning: deliver the best possible means of evaluating formations penetrated by the drill. Since then, we have continued to provide leading testing technology and measurements for our customers around the world. 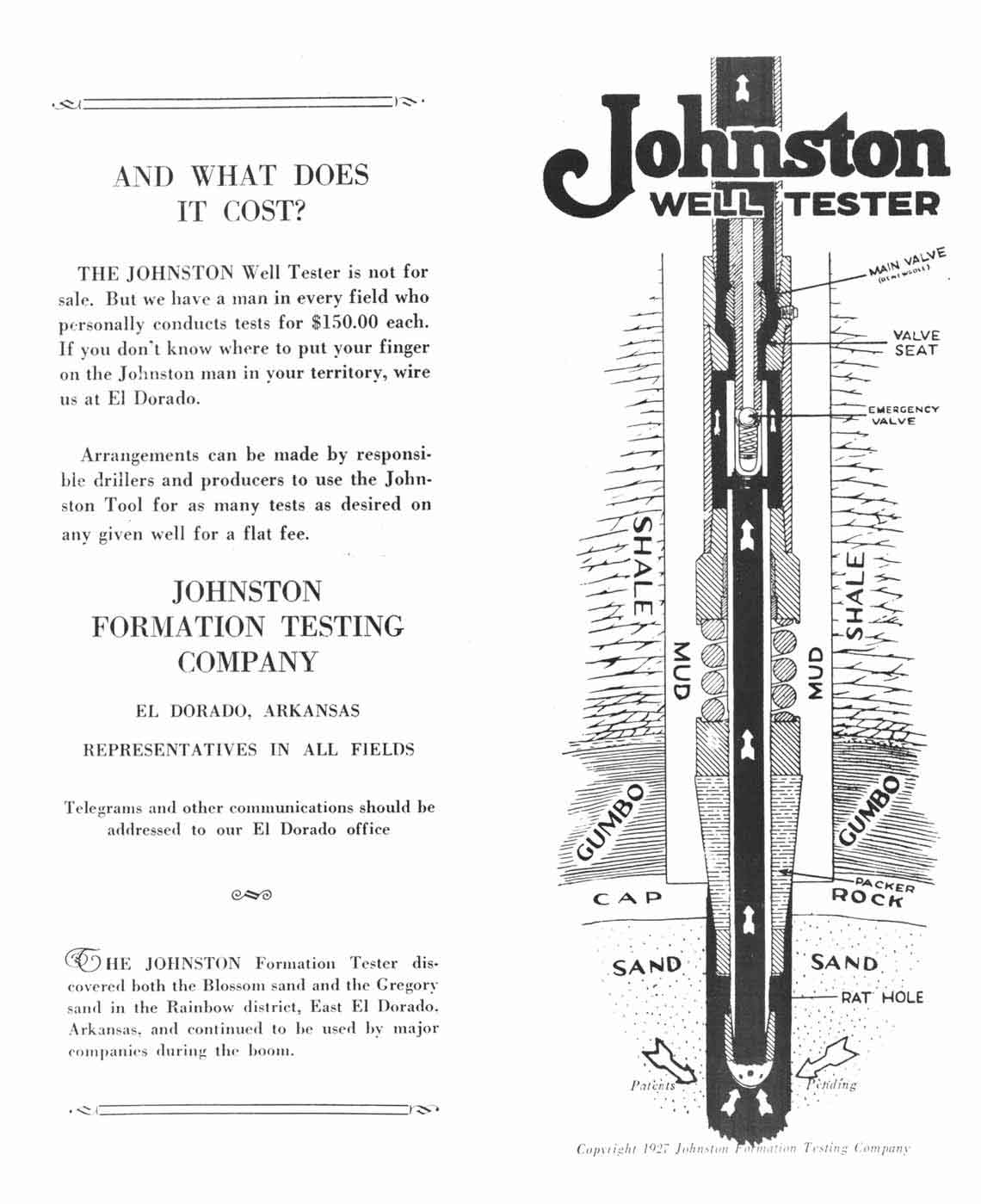 1927 advertisement for the Johnson Well Tester.