Enhance your prospectivity assessment of presalt fields in the Santos Basin

Join the upcoming bid round in Brazil

A new round of surplus volumes in the Sépia and Atapu Fields will be auctioned off 17 December 2021 as part of the Second Transfer of Rights Surplus Production-Sharing Bidding Round. In November 2019, the Brazil Transfer of Rights Bid Round for Excess Volumes was held to offer the Búzios, Itapu, Sépia, and Atapu areas. Volumes in the Búzios and Itapu areas were the largest auctioned off in the oil industry. The auction increased the country's competitiveness in the international market, valued the national energy resource, attracted investments, and boosted Brazil's collection.

The auction is expected to “present extremely promising results,” according to the Minister of Mines and Energy, Bento Albuquerque. “In these fields, during the period of operation, the expected investments are USD 37 billion.” 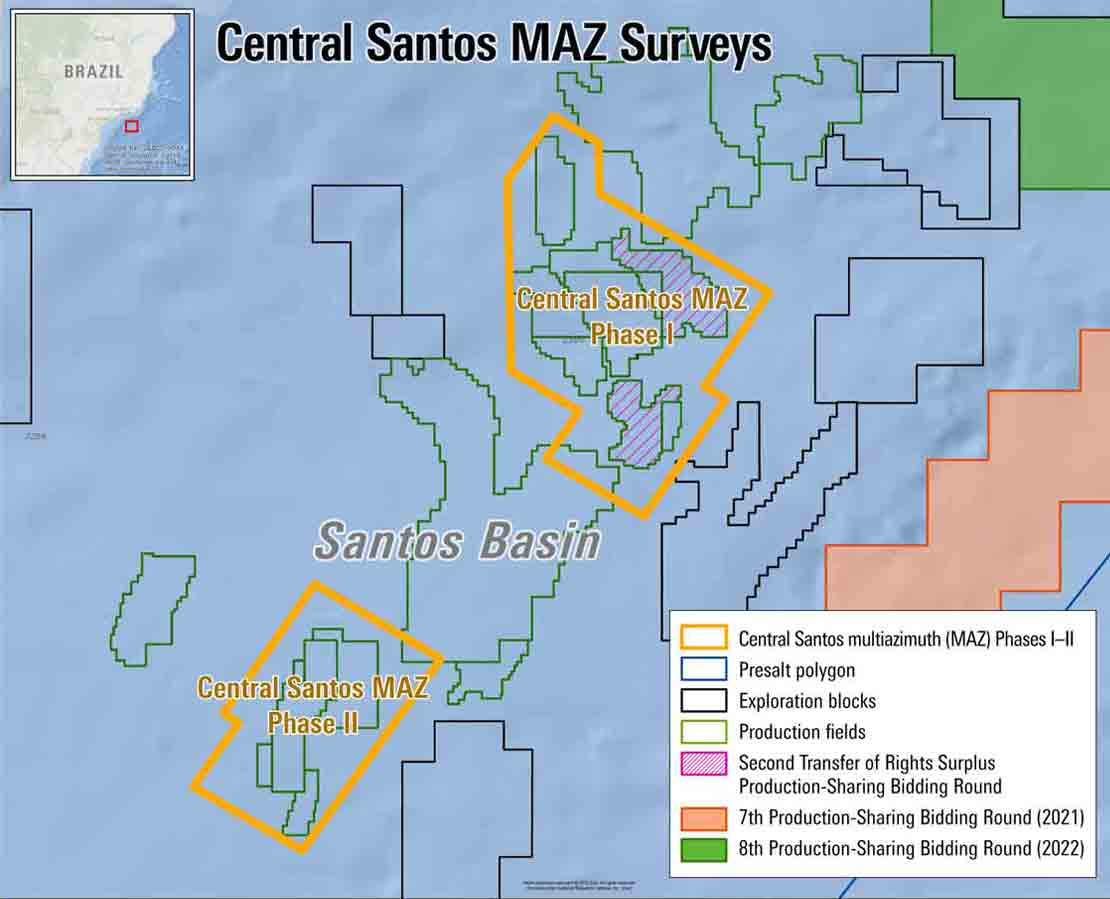 Accelerate exploration and appraisal and resolve subsurface challenges in the Santos Basin with high-quality multiazimuth imaging.

Within the presalt polygons of the Santos Basin, WesternGeco has completed reimaging of the Berbigão, Itapu, Sururu, Atapu, and Sépia areas. The Central Santos reimaging project takes these high-definition 3D surveys and incorporates the latest technology to improve subsurface imaging. 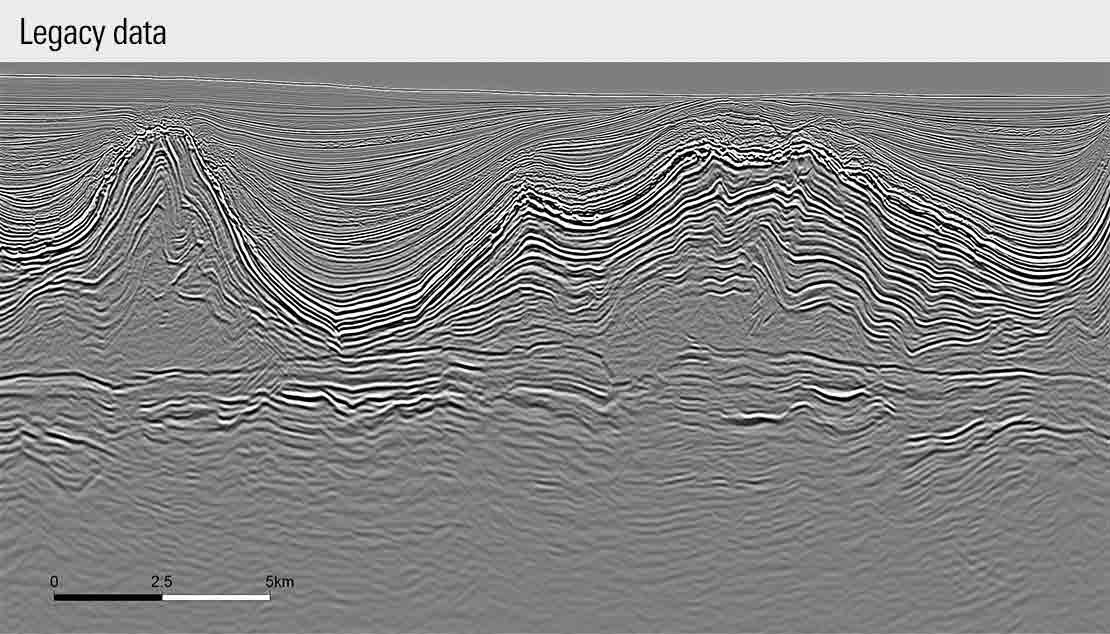 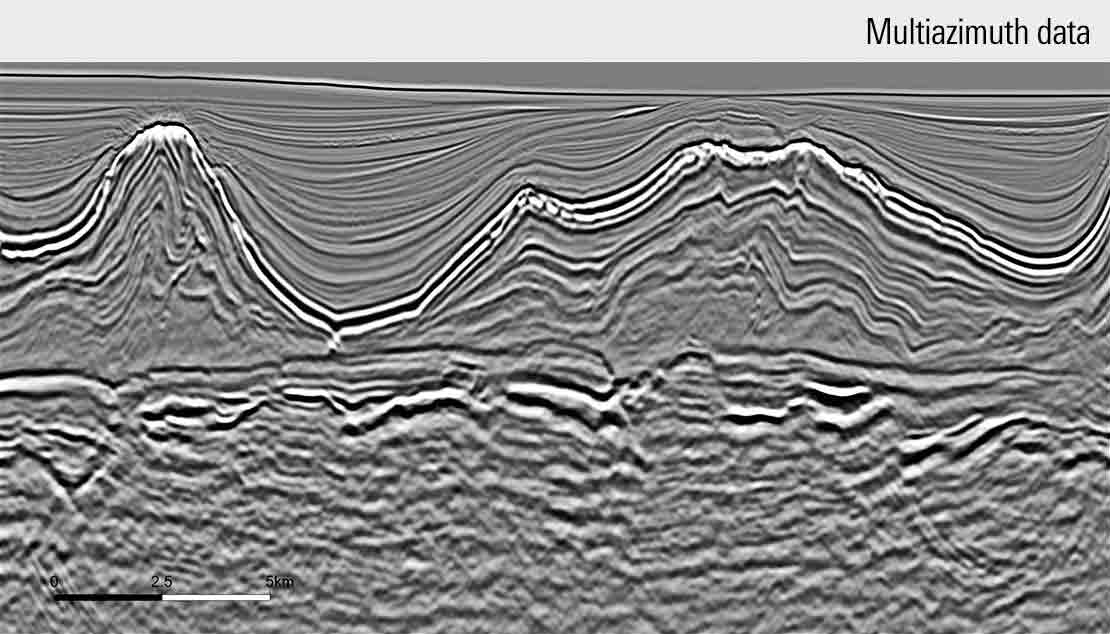 In the presalt section, continuity of reflectors has improved from the legacy image, and fault planes are much more defined.

The result is a clean final migrated image that can provide greater confidence in subsurface evaluation and lead to more effective drilling decisions in the appraisal and production phases.

Some of our most advanced technologies have been applied to acquire a Coil Shooting single-vessel full-azimuth acquisition survey inside the Central Santos multiazimuth survey boundaries. This will enable you to better illuminate the complex subsurface and characterize the presalt reservoirs.

Illuminate the subsurface of the Campos, Pelotas, Potiguar, and Santos Basins with 2D and 3D seismic data.

Preserve double bounces and other complex primary events for removal with complementary techniques.