Our engineered perforating systems help you achieve the best production or injection in your well by optimizing the relationship between the gun system, wellbore, and your reservoir. The SPAN Rock rock-based penetration model incorporates our extensive research in stressed-rock perforating for accurately predicting perforator performance downhole in reservoir rock. The resulting performance gains are documented in API RP 19B Section 1 data.

Deliver the best productivity from your completion with Schlumberger perforating systems: 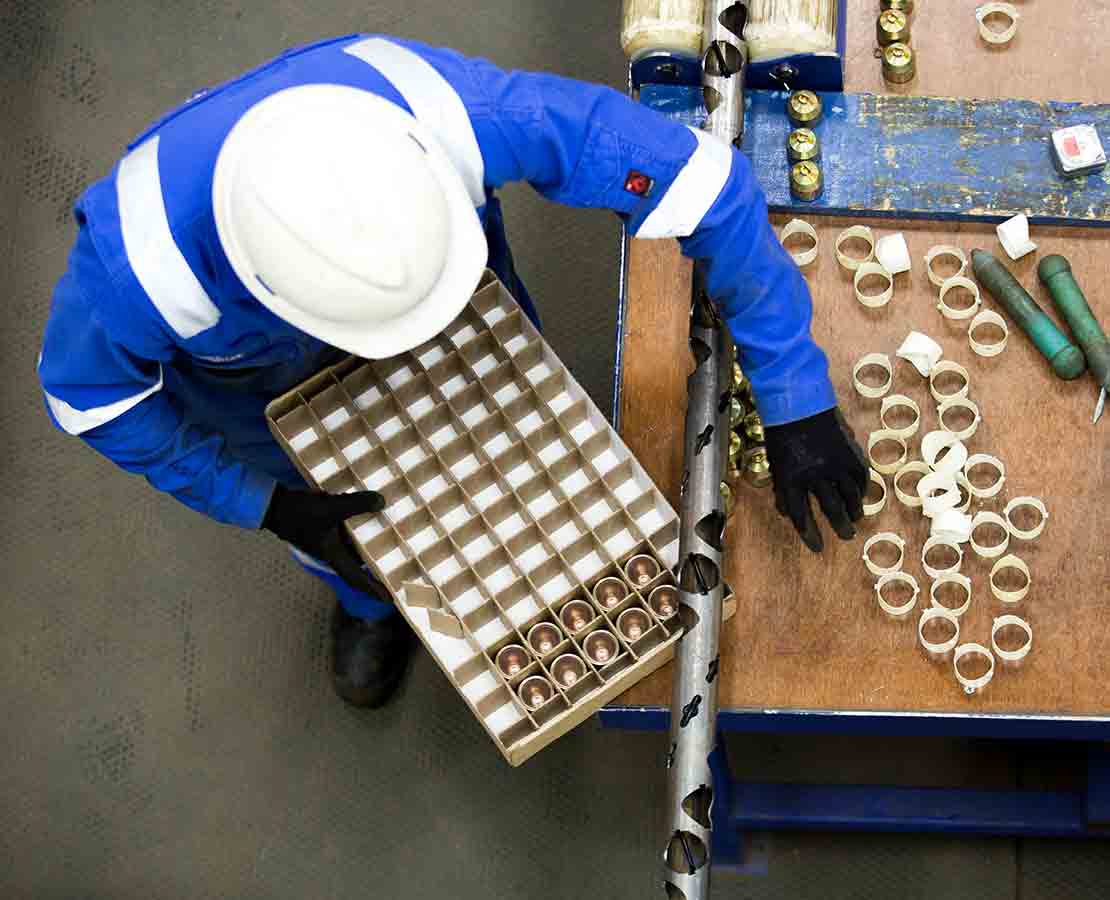 Download our new PERF app to conveniently select the best perforating design for your well and reservoir environment.

Download our new PERF app to conveniently select the best perforating design for your well and reservoir environment.

The Productivity Enhancement Research Facility (PERF) brings together the industry’s most technologically advanced testing systems and expert staff to directly determine how your reservoir will perform when perforated, reducing risk and optimizing recovery.

No longer do you need to guess how perforating changes will perform in your wells. By holistically accounting for the well, fluid, and formation environment, perforating design integrates shaped charges and perforating gun systems to minimize damage and maximize the wellbore-to-reservoir connection.

Whether for the deepest penetration, big hole, or uniform perforating applications, our shaped charges are performance tested at reservoir conditions so you can optimize your well’s completion—and productivity.

We engineer our perforating guns as systems that integrate the carriers, shaped charges, and accessories—with all components manufactured to rigorous QC standards.

Schlumberger and EnQuest discuss production enhancement of a 5-well campaign in a North Sea oilfield.

Remove debris from existing perforations and increase productivity or injectivity.