The fill-up valve (FLUP) is a pressure-operated valve that automatically fills the tubing as it is run in hole. It is used when a completion or test string is run and a partial cushion is required. The valve stays open until a hydrostatic pressure is reached that overcomes the shear pins and closes the valve. The value of shear pins can be varied so that the amount of pipe filled with fluid—and thus the underbalance—can be specified before the pipe is run downhole.

Using the FLUP saves time because each stand of tubing does not have to be filled with liquid from the surface. This valve is typically run with a production valve such as the drop-valve triggered surge valve, the pressure-operated production valve, or the explosively initiated automatic production valve.

The FLUP is identical to the pressure-operated under balalnce valve (POUV) except for the internal sleeve and thus can be converted to a POUV by changing out the sleeve. Like the POUV, the FLUP comes in standard-pressure and high-performance (2 3/8-in only) versions and is available for H2S service by special request. It comes standard with EUE connections; other connections are available on request. 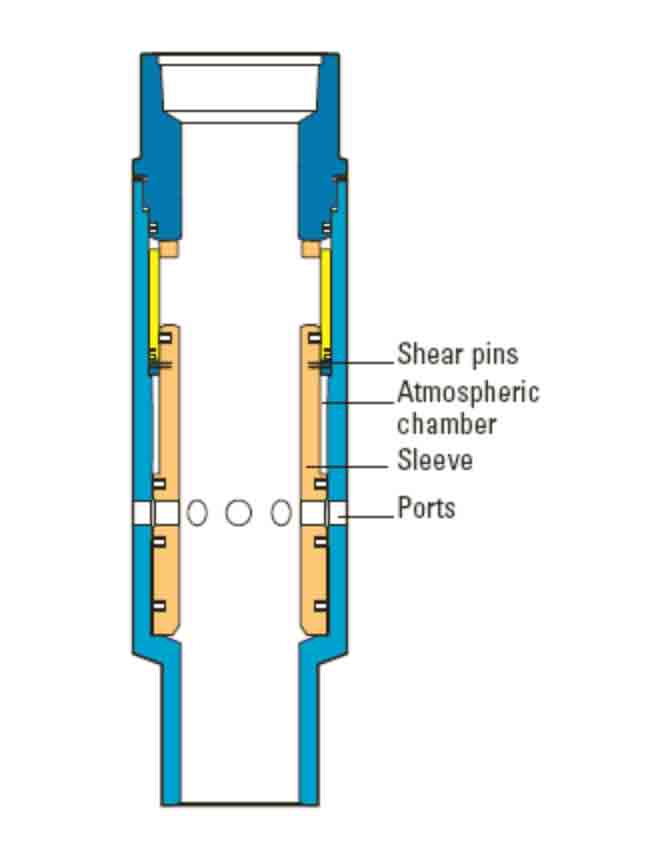 The pressure-operated fill-up valve automatically fills the tubing as it is run in hole.