For onshore and offshore applications

We provide AC gear-driven drawworks for onshore and offshore applications. Models are available in single-speed or three-speed designs with up to 6,000-hp ratings. We also provide technically advanced, gear-driven, active-heave-compensated drawworks systems rated up to 11,200 hp that are capable of compensating for movements on large floaters and drillships.

UltraHoist active-heave-compensated (AHC) drawworks provide safe and efficient hoisting and lowering during traditional drilling, tripping, and handling operations, as well as accurate heave compensation during drilling or landing of the BOP to the sea floor. All UltraHoist AHC drawworks are gear-driven and available in three-speed or single-speed versions, with power input from 4,500 hp to 9,000 hp and a load handling capacity of up to 1,250 tonUS.

LDW drawworks have technically advanced features to increase drilling performance, safety, and reliability. The combination of cost-effectiveness and operational efficiency with small footprints, less weight, and reduced noise and vibration adds to the advantages of these solid machines. 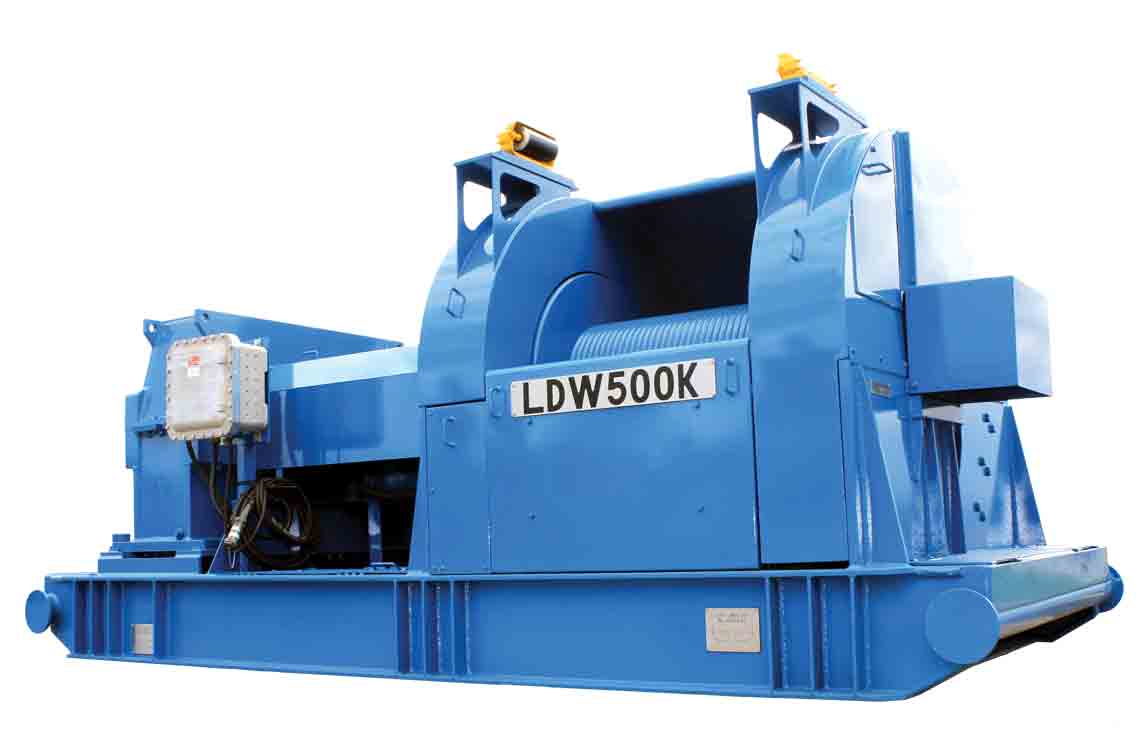 Improve the performance of your mud pumps, drawworks, or rotary tables.

Efficient hoisting and lowering during drilling, tripping, and handling operations.