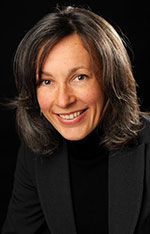 Capella Festa is the Vice President Business Development / Hydrogen for Schlumberger New Energy, based in London. Prior to that she was Global Account Director for Schlumberger. In her previous assignment Capella was seconded to the International Energy Agency (IEA) in Paris where she was one of the authors of the World Energy Outlook. She coauthored energy outlooks for sub-Saharan Africa, Brazil and Iraq as well a publication on unconventional gas.

Capella joined Schlumberger in 1993, initially developing software in the Research and Engineering center in Paris before completing her training as rig engineer offshore in the North Sea. She has held a variety of operational and management roles in Europe and Asia in rig operations, technical services and in software and information services. From 2009 – 2011 she was Chief Information Officer for Schlumberger in Paris responsible for the delivery of IT services across the organization.

Capella holds a MA in Engineering from the University of Cambridge in the UK and a Master’s degree in Economics and Business management from the Institute Français du Pétrole in Paris. She joined the board of the Schlumberger Foundation in 2015 fresh from the IEA where she had been immersed in a study of the Energy Outlook for sub-Saharan Africa and was struck by the degree to which development goals, particularly energy access, are often hampered by a lack of technical and scientific experts. Capella is a firm believer in the work of the Schlumberger Foundation in elevating academically able women from developing countries in science and engineering. Their potential to accelerate development in their countries is immeasurable.