Capsule guns—also called “capsule-charge guns”—are exposed gun systems, with the individual shaped charges sealed in pressure-tight protective capsules mounted on a carrier strip or links that are exposed to the well environment. Capsule guns are typically used in through-tubing perforation applications to reperforate and revive wells that have gone into a production decline. The small-diameter design of capsule guns can deliver superior performance compared with hollow carrier guns of the same diameter.

Both expendable and retrievable systems

The two types of capsule guns are expendable (the charges and mounting assembly are left as debris after firing) and retrievable (debris is left, but the mounting is recovered for use where debris is a concern). The latter design is also called semiexpendable. Some capsule gun systems have a selectivity option that allows shooting more than one zone per run. Deployment is on electric wireline cable, although some systems can also be run on slickline.

Designed as a system for performance and safety

Our capsule guns are developed through an extensive engineering and manufacturing program. They are holistically designed as a system, comprising the carrier strips or links, charges, and detonating cords, to provide maximum perforator performance. For example, because the capsule is exposed to the well environment, its rugged packaging is made to withstand continuous vibration and mechanical impact so that the charges can perform as designed. The entire capsule gun system is then manufactured following rigorous Schlumberger QA/QC standards. And because loaded capsule guns contain only secondary high explosives, they are reliably transported and handled following standard Schlumberger safety procedures. 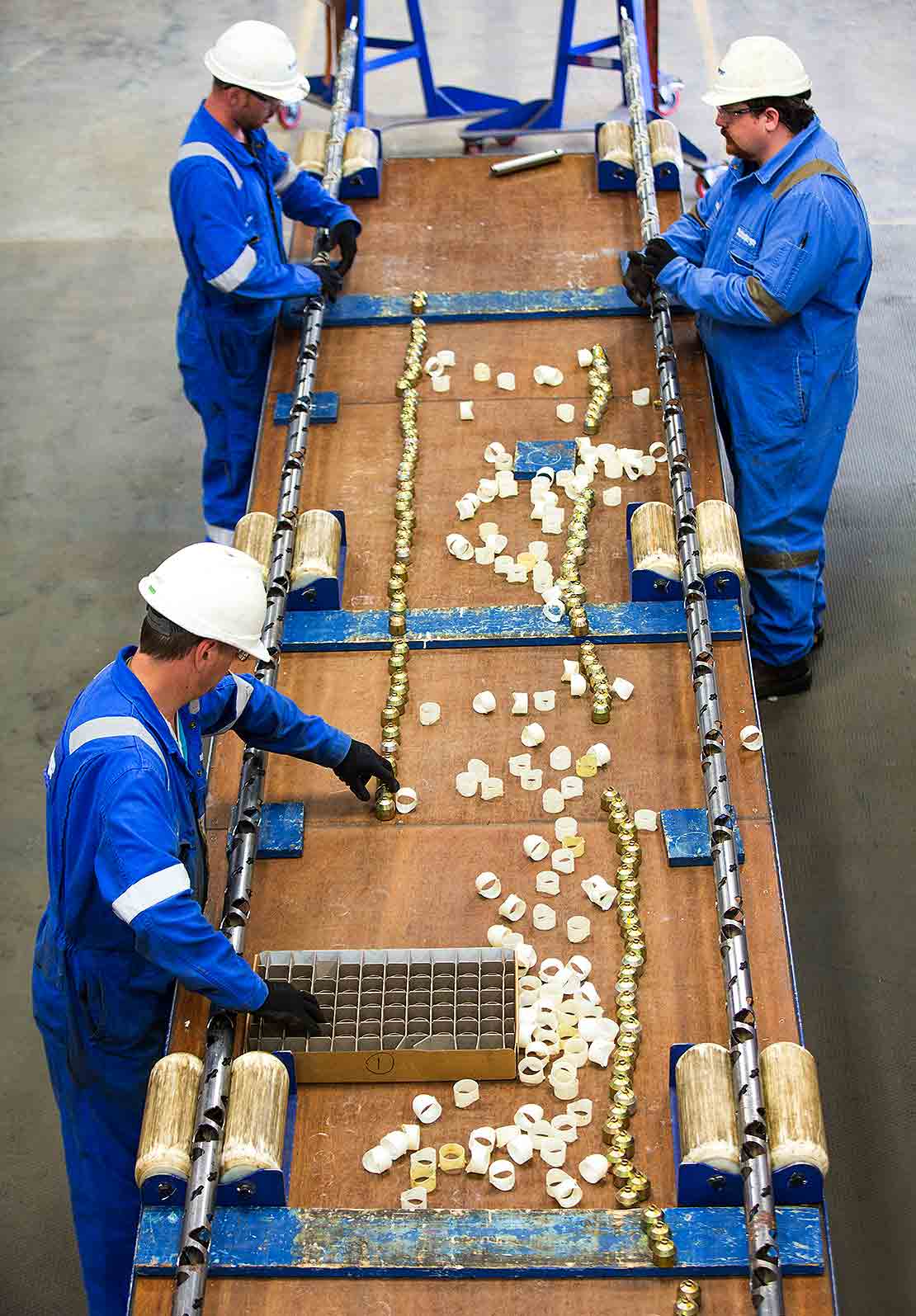 Choose from retrievable and expendable versions.

Achieve the highest well productivity for the size—retrievable 2 1/8-in capsule gun system.

Increase the performance of shots across the wellbore by reducing charge-to-charge interference.

Clean cuts of tubing and drillpipe in all fluid environments