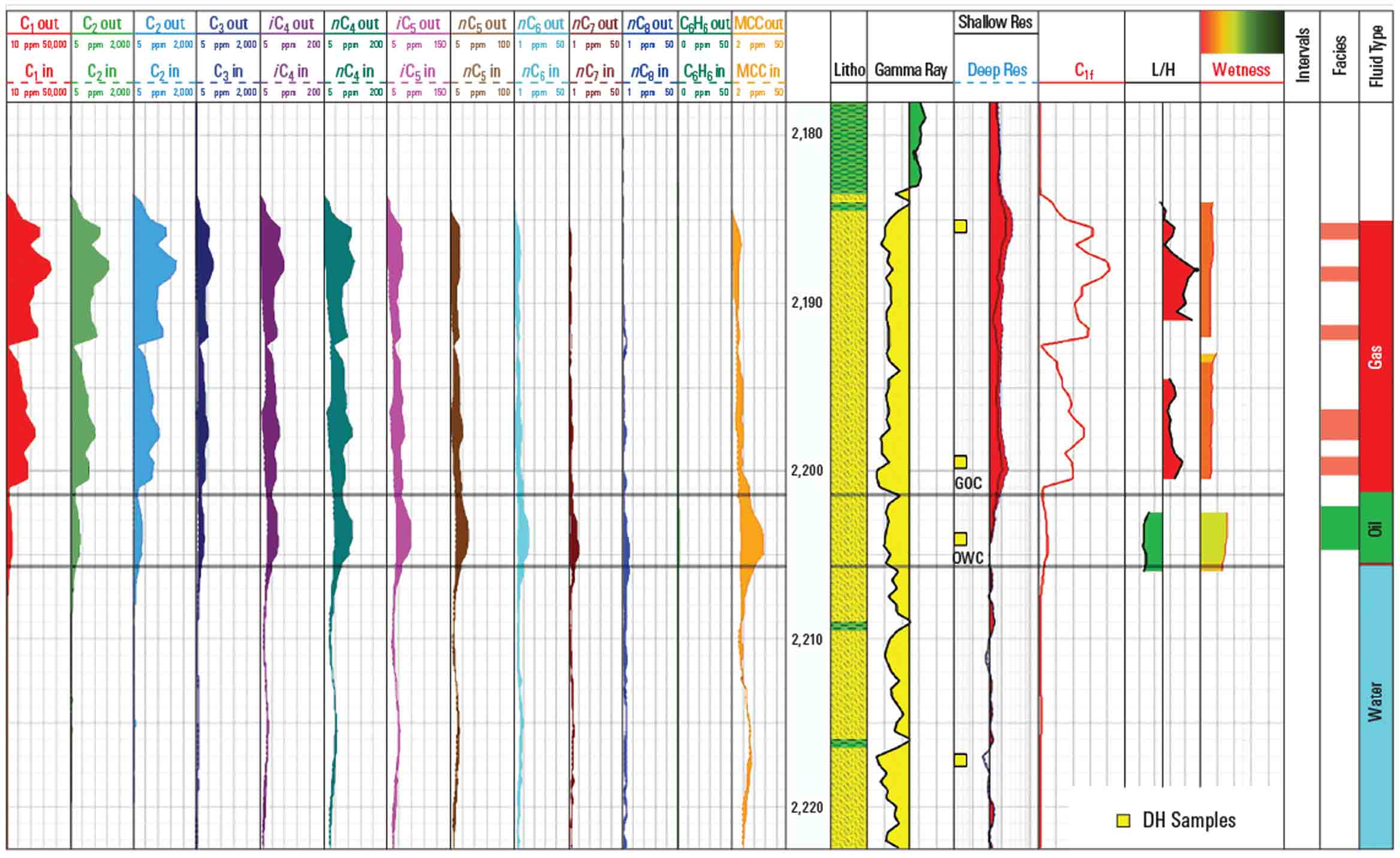 The plan for a wildcat exploration well in a block located offshore Sarawak, Malaysia, was intended for testing hydrocarbon type and potential in clastic reservoirs. However, budget constraints forced reductions in the evaluation program, risking poorer quality and quantity of information acquired. The operator needed a cost-effective solution for early acquisition of quality formation evaluation information, which would drive the subsequent sampling plan for future appraisal wells.

Schlumberger recommended optimizing the sampling plan based on at-surface fluid logging while drilling results. The FlairFlex service provides early insight into reservoir fluid through PVT-analogous composition logs and qualitative measurement of heavier hydrocarbons and other markers. Hydrocarbons are extracted from mud returns at surface in real time, providing valuable downhole insight before downhole sampling or well testing is possible. 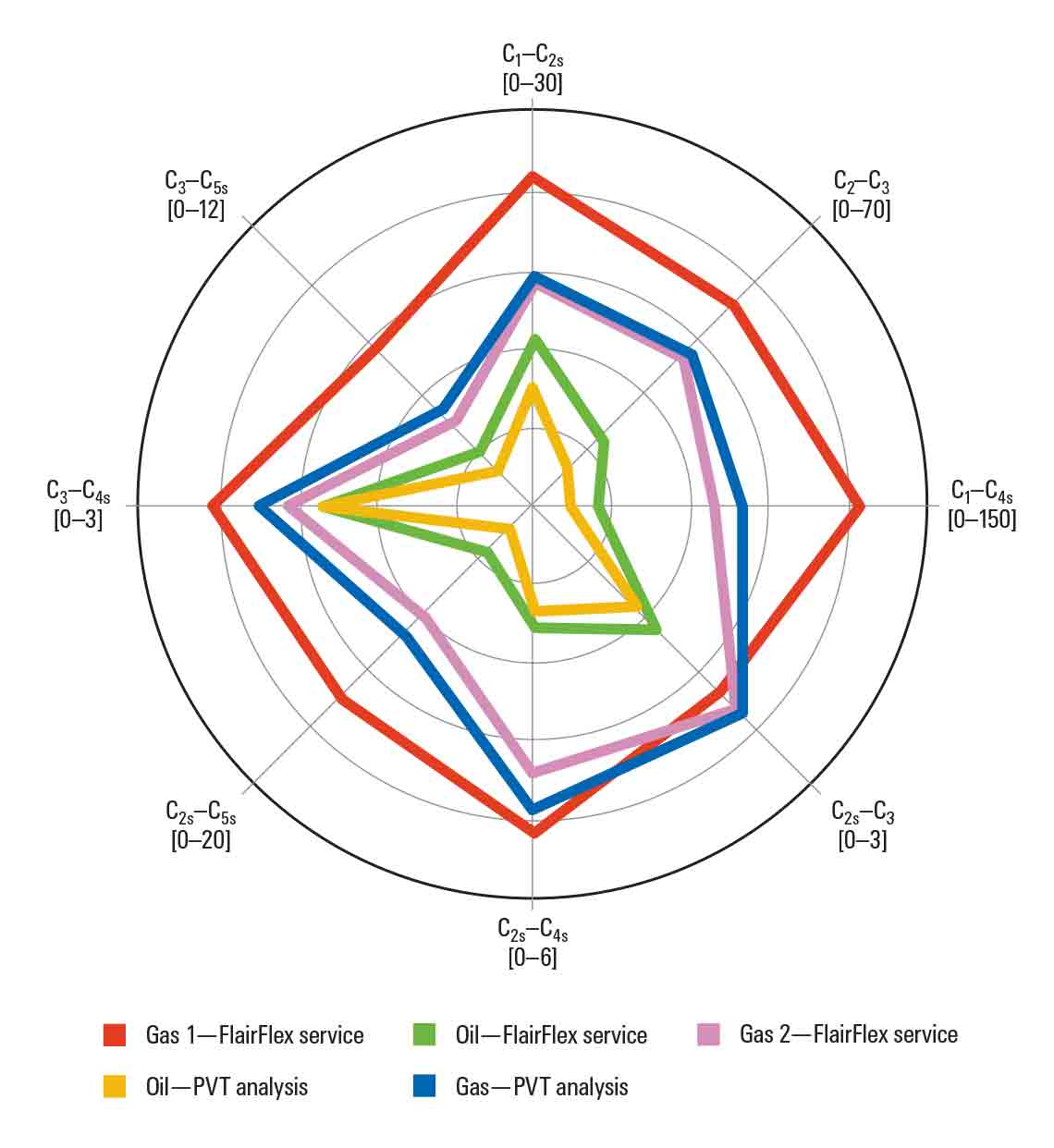 This star plot is a visualization of real-time fluid analysis from the FlairFlex service and offset PVT sample fingerprints.

Improve infrastructure planning with crucial data before downhole sampling or testing is possible.