GMT Exploration planned to drill three horizontal wells in the Bone Springs Formation, located in the Delaware basin section of the Permian basin. These wells have challenging 7 7/8-in intermediate intervals composed of interbedded shales, limestones, and sandstones, which typically require multiple PDC bits because of slow ROPs caused by impact damage to the PDC cutting structure. Deeper in the interval, the hard limestone cap of the Bone Springs Formation was also causing damage to PDC bits. Based on these challenges, GMT Exploration sought a drill bit that would increase performance and save time in the interval. 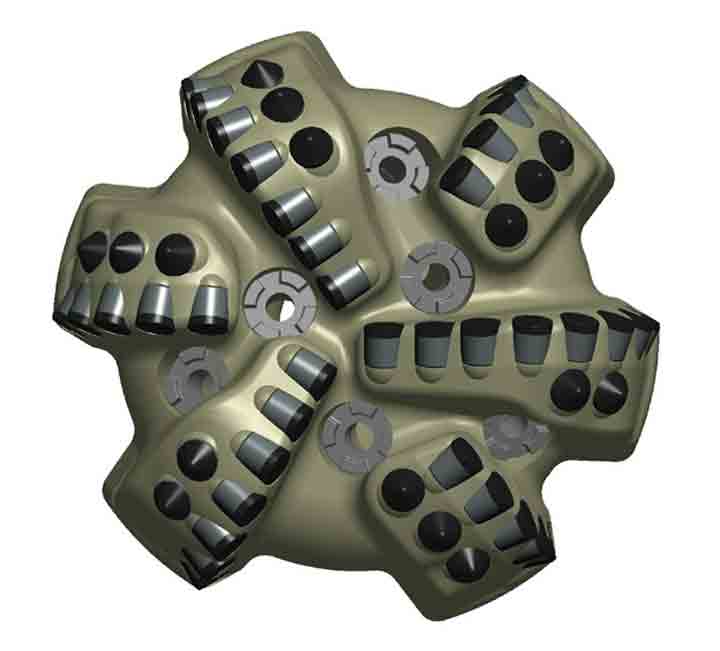 StingBlade bits are designed to increase run length and ROP in transitioning formations. 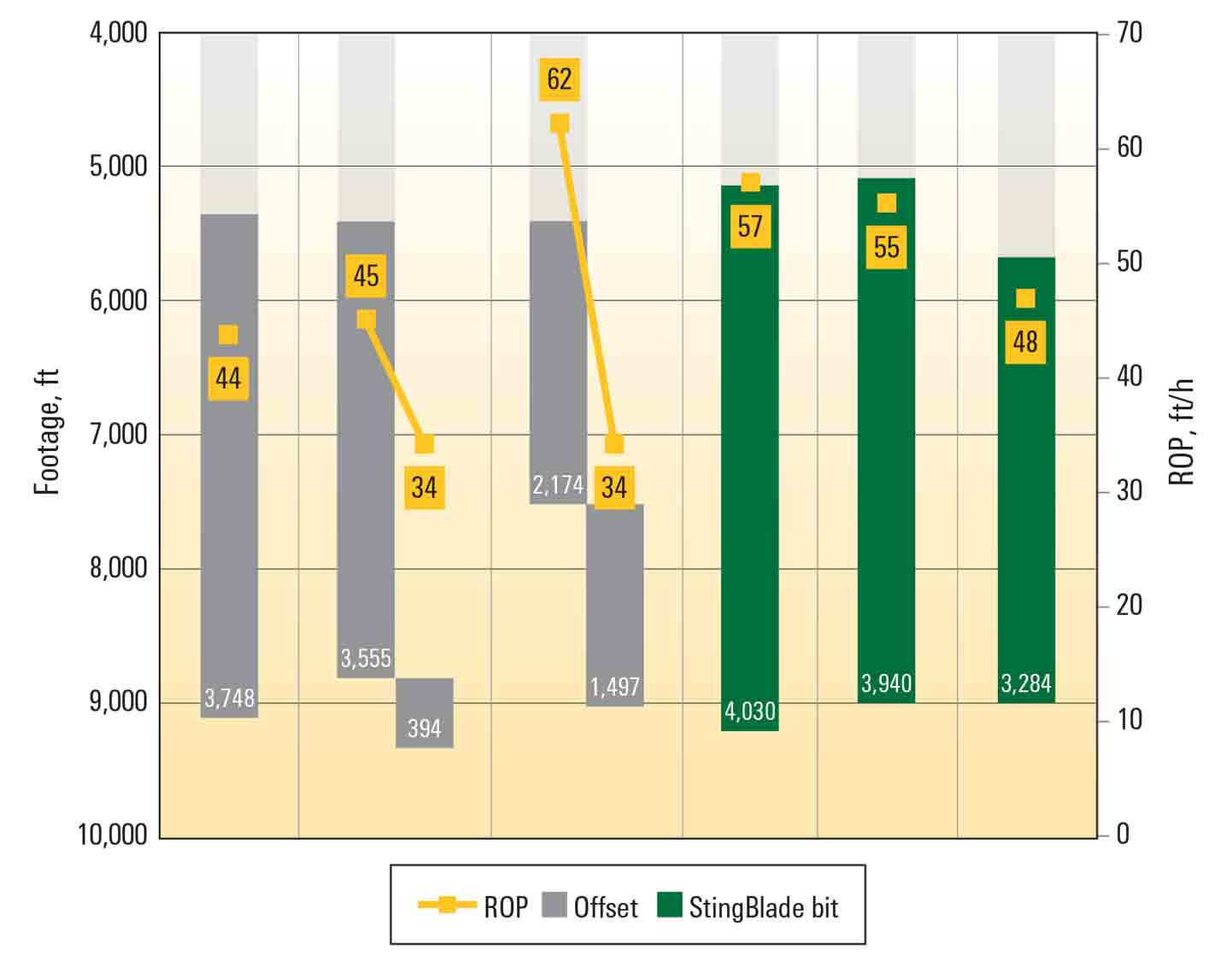 To improve bit durability and ROP, Smith Bits, a Schlumberger company, recommended StingBlade bits with Stinger conical diamond elements across the bit face. Engineers used the IDEAS platform to determine the optimal placement of the Stinger elements for the specific application. The Stinger elements’ 3D conical shape is designed to fail high-compressive-strength rock with a concentrated point load while maximizing strength and durability with a thicker diamond layer. This enables StingBlade bits to drill farther through formations that typically cause impact damage to PDC bits while also sustaining higher ROPs throughout the run.

One StingBlade bit drilled 4,030 ft at 57 ft/h, which increased footage by 77% and ROP by 29% when compared with the average performance of bits used in offset wells. On the following two consecutive wells, StingBlade bits repeated the performance improvements over the average offsets; the second run had 73% greater footage and 26% greater ROP, and the third run had 44% improved footage and 10% higher ROP. Between the three wells, GMT Exploration saved a total of 2.5 drilling days. 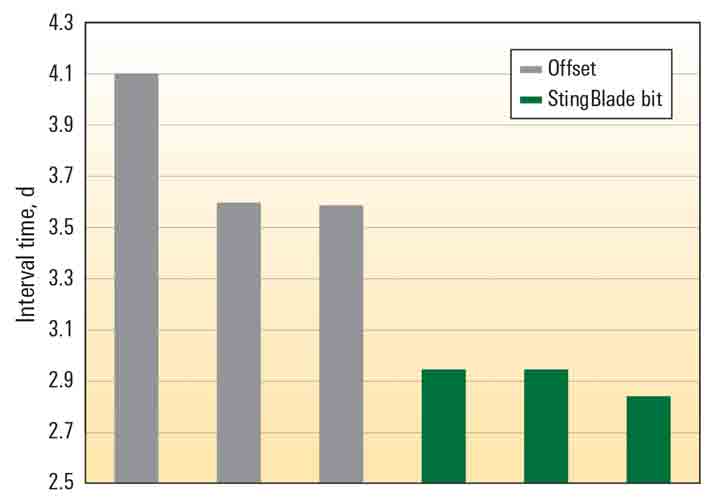 The wells that used StingBlade bits completed the interval in the shortest times compared with offset wells.