Solution: Use ACTive Straddle CT real-time multiset inflatable packer to treat the main wellbore and a lateral in the same run

Kuwait Oil restores production to 6,300 bbl/d while cutting stimulation time in half

To offset the natural decline in a field discovered in the late 1950s and optimize extraction of oil and gas, Kuwait Oil Company (KOC) had applied many different technologies, including water injection, multilateral wells, and targeted stimulation treatments.

In one multilateral well, KOC needed to isolate and inject stimulation fluids into the main wellbore and the lateral. However, conventional bullheading could result in fluids going into the wrong wellbore. The only way to successfully bullhead both zones would require a series of runs—which could take 4 or more days.

Schlumberger and KOC successfully restored the well's production to 6,300 bbl/d while dramatically reducing nonproductive time. ACTive Straddle packers made it possible for KOC to inject stimulation fluids into two separate zones in just one run instead of four. The entire job took less than 2 days—half the time it would have taken with conventional methods—and the ACTive Straddle packer is now deployed in additional wells that face similar challenges. 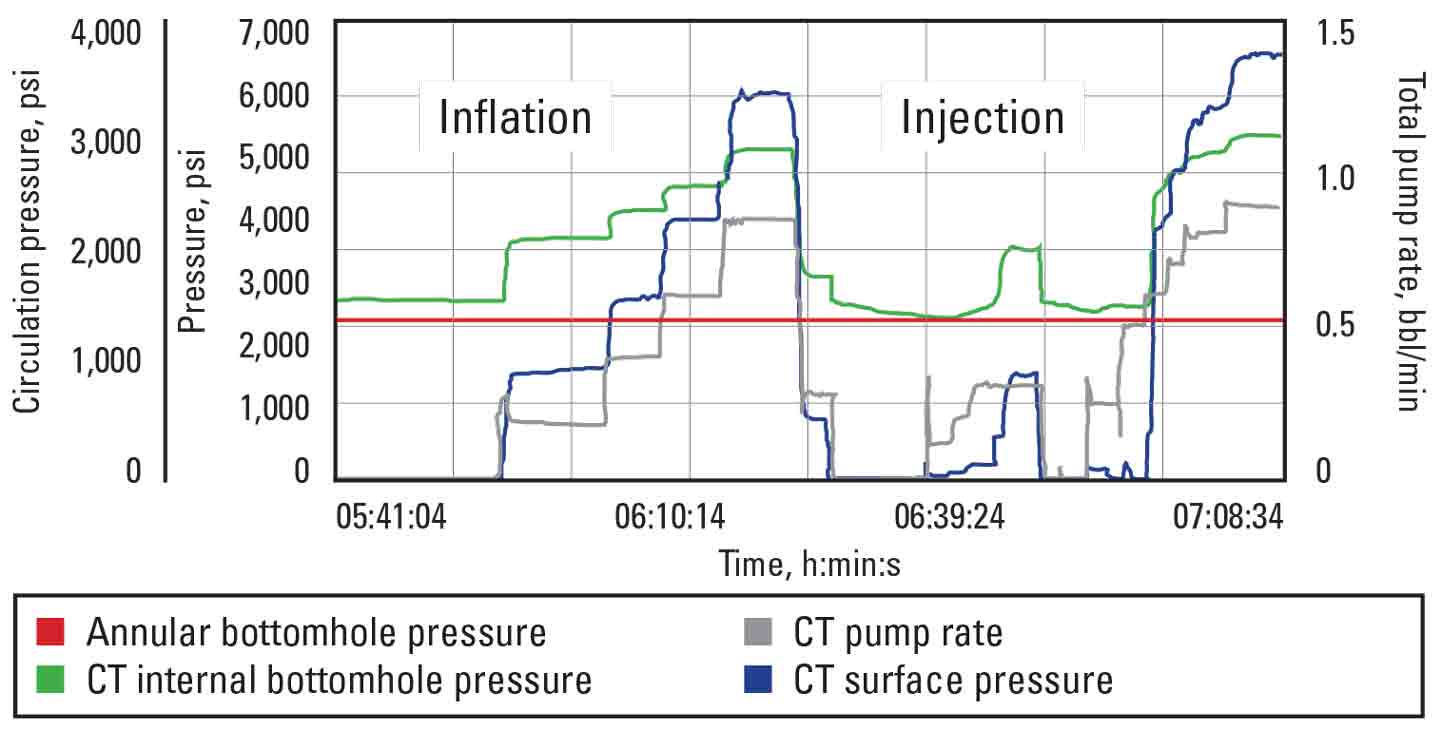