Kuwait Oil Company (KOC) needed to determine the depth of and isolate a tubing leak to restore oil production in a well with an ESP completion. Peak Well Systems, a Schlumberger company, conveyed on digital slickline its leak detection tool and SIM sealing integrity management system to accurately detect and isolate the leak, avoiding a workover and returning production to 800 bbl/d with minimal economic impact.

Wells with ESP completions can be prone to tubing integrity issues. Fluid recirculation within the tubing can stop well production, and often a rig workover is then required to replace damaged tubing or leaks. This can result in well shutdown for at least 60 days, deferring production and increasing costs.

How the straddle system restored production

The leak detection tool was deployed downhole using digital slickline to deliver downhole measurements to the surface in real time. The digital inline flowmeter accurately identified the leak within a 9-ft interval. 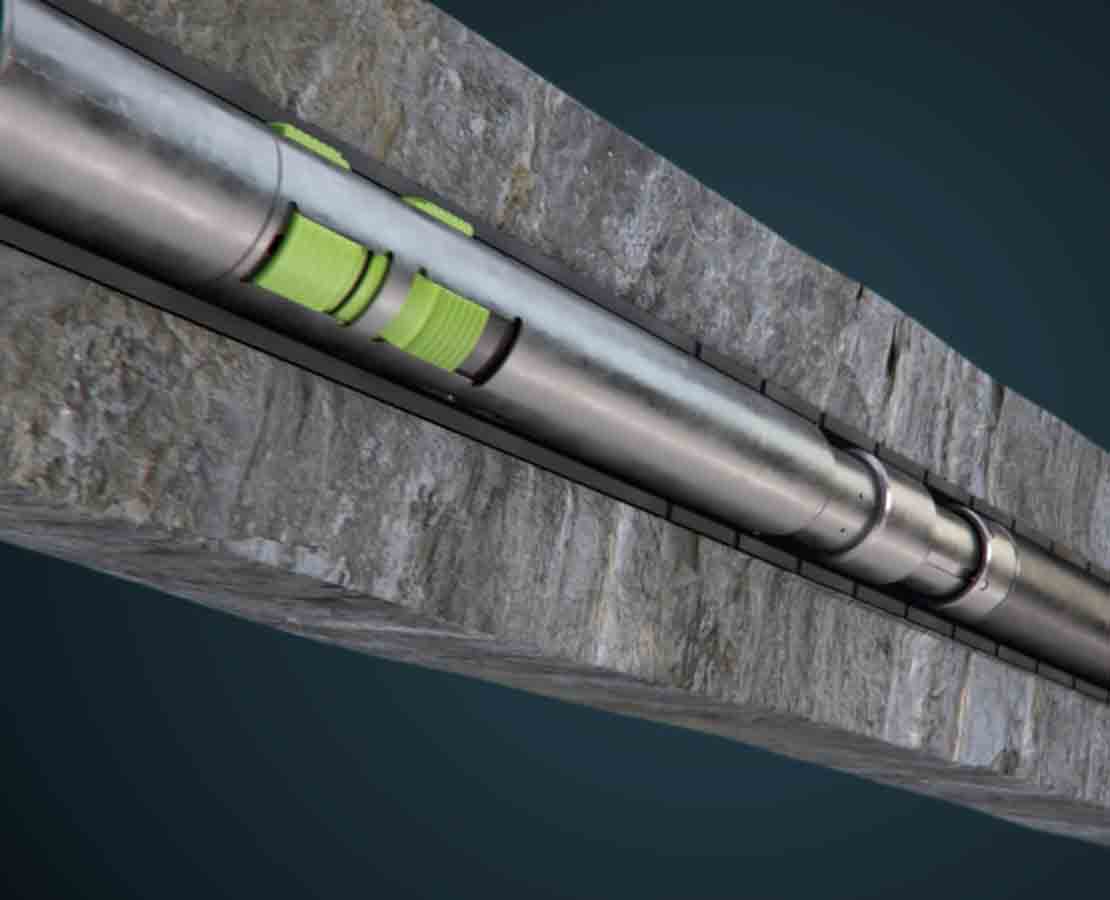 The deployed straddle system included stackable SIM system straddle tubes—available in 5-, 10- and 15-ft lengths—set between an upper and lower bridge plug to isolate across the straddled zone.

The Schlumberger team then ran 40 ft of stackable SIM system straddle tubes downhole between a lower and upper SIM system retrievable bridge plug to isolate the leakage and enable the well to resume production through the straddle, bypassing the leakage point.

Digital slickline accurately deployed the straddle system in five runs. After successful deployment, the ESP was started and wellhead pressure increased, immediately indicating that the leakage point had been isolated.

A GOR test showed the well producing oil at 800 bbl/d. Because of this unique intervention, KOC saved millions of dollars in deferred production as well as the costs associated with deploying a workover rig. 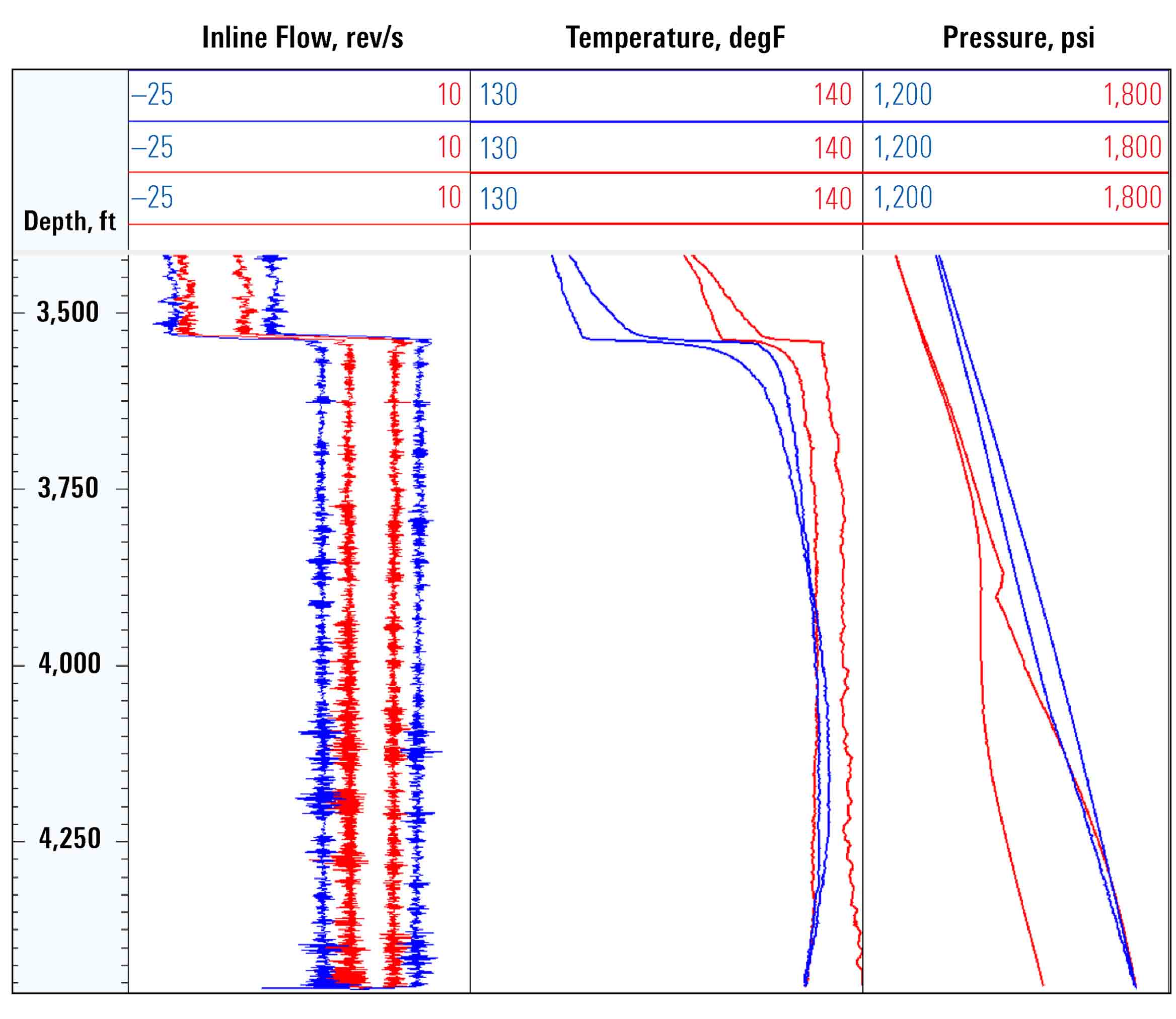 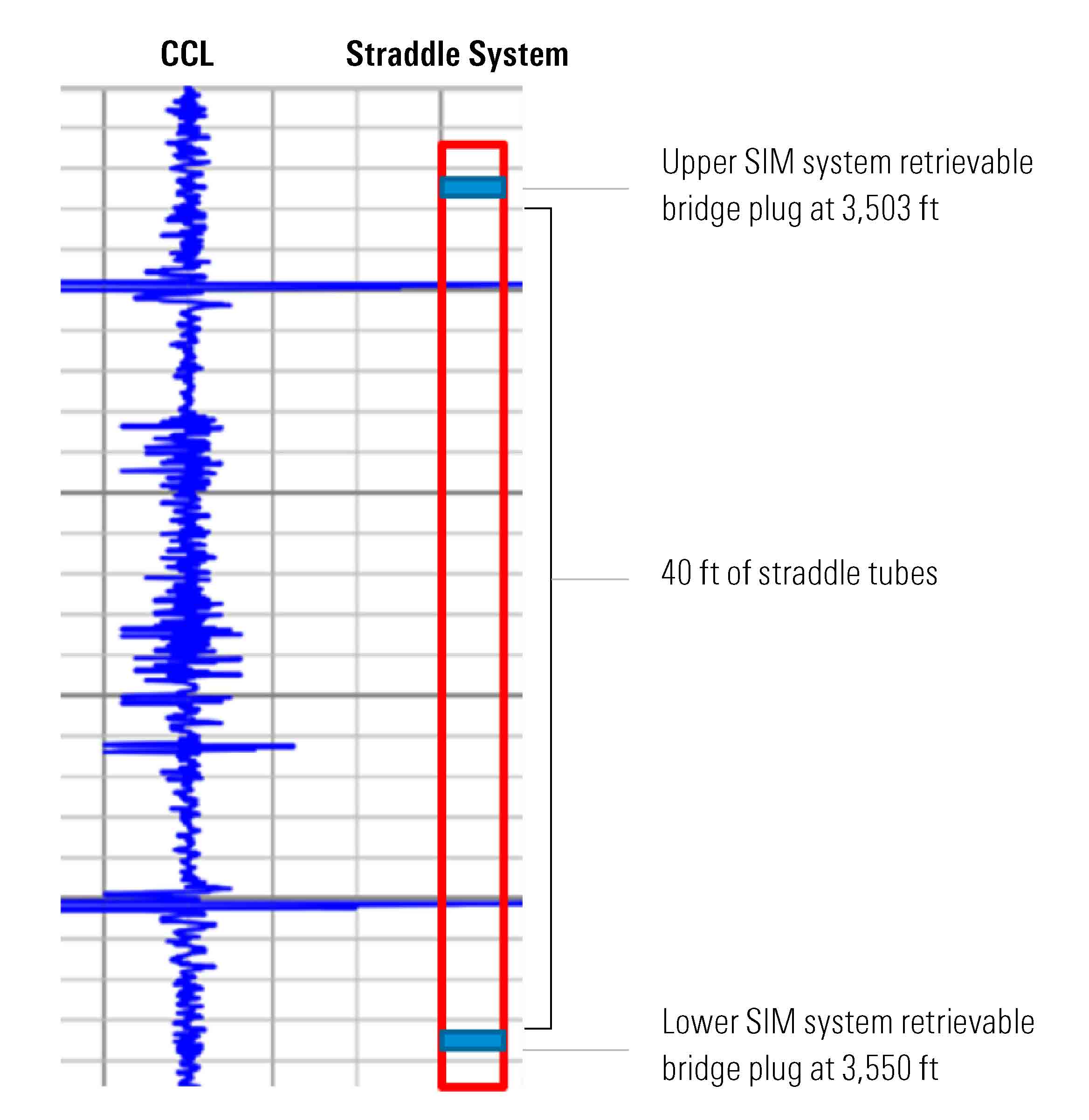