Challenge: Compare the performance of a fiber-based fracturing fluid technology with the conventional slickwater fracturing application.

Solution: FiberFRAC fiber-based fracturing fluid technology was used in two offset wells and results were compared to those from a third well where the slickwater application was introduced. The FiberFRAC combination of two mechanisms for proppant transport achieved longer effective propped fracture length.

Results: The FiberFRAC technology outperformed the slickwater-treated offset well with a 3-fold production increase at the first 30-d average. Production grew to about 2 MMcf/d after 90 d, an even more impressive long-term 7-fold improvement.

Typical reservoirs in the lower Cotton Valley of East Texas have laminated shale/sand sequences, are naturally pressured, and have permeability of 0.05 mD. Pay intervals range from 15 m [50 ft] to 61 m [200 ft] with an average temperature of 138 degC [280 degF]. Closure times in East Texas typically last 4 to 6 h, resulting in proppant settling to the bottom of the fracture. Bivins Operating decided to compare the performance of fiber-based fracturing fluid technology with conventional slickwater fracturing applications.

Bivins selected three offset wells with near-identical petrophysical properties for the fracturing treatment comparison. The first and third wells were stimulated with the FiberFRAC technology system. An 18-lbm/gal polymer fluid system was chosen instead of the conventional 40-lbm/gal polymer fluid system to minimize fracture height growth in the wells, and reduce the fluid viscosity and polymer damage in the proppant pack. The second well was stimulated with the conventional slickwater system.

The two wells treated with the FiberFRAC technology outperformed the slickwater-treated offset well with a 3-fold increase in production at the first 30-d average. The 50-d cumulative production indicated that the wells delivered an additional 24 MMcf/d of natural gas as compared to the average production per offset well. Long-range results were even more impressive. After 90 d of initial production, the 2 wells using the FiberFRAC technology were producing about 2 MMcf/d, a 7-fold increase over the rate of the well that received the conventional slickwater fracturing treatment. 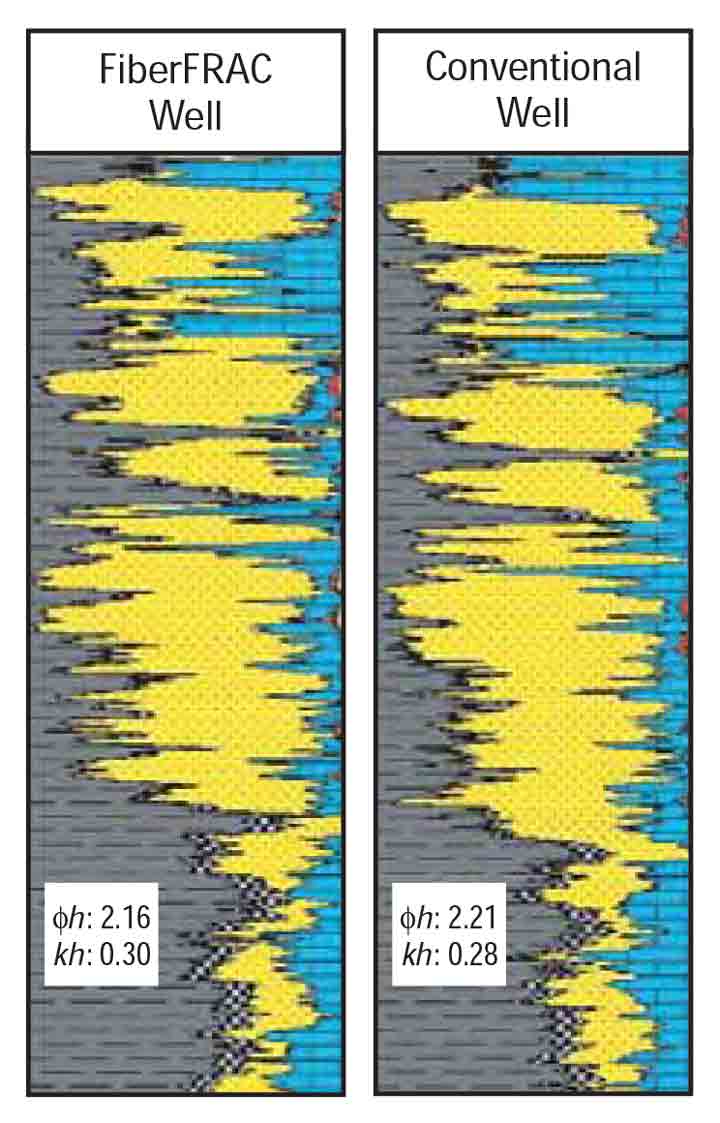 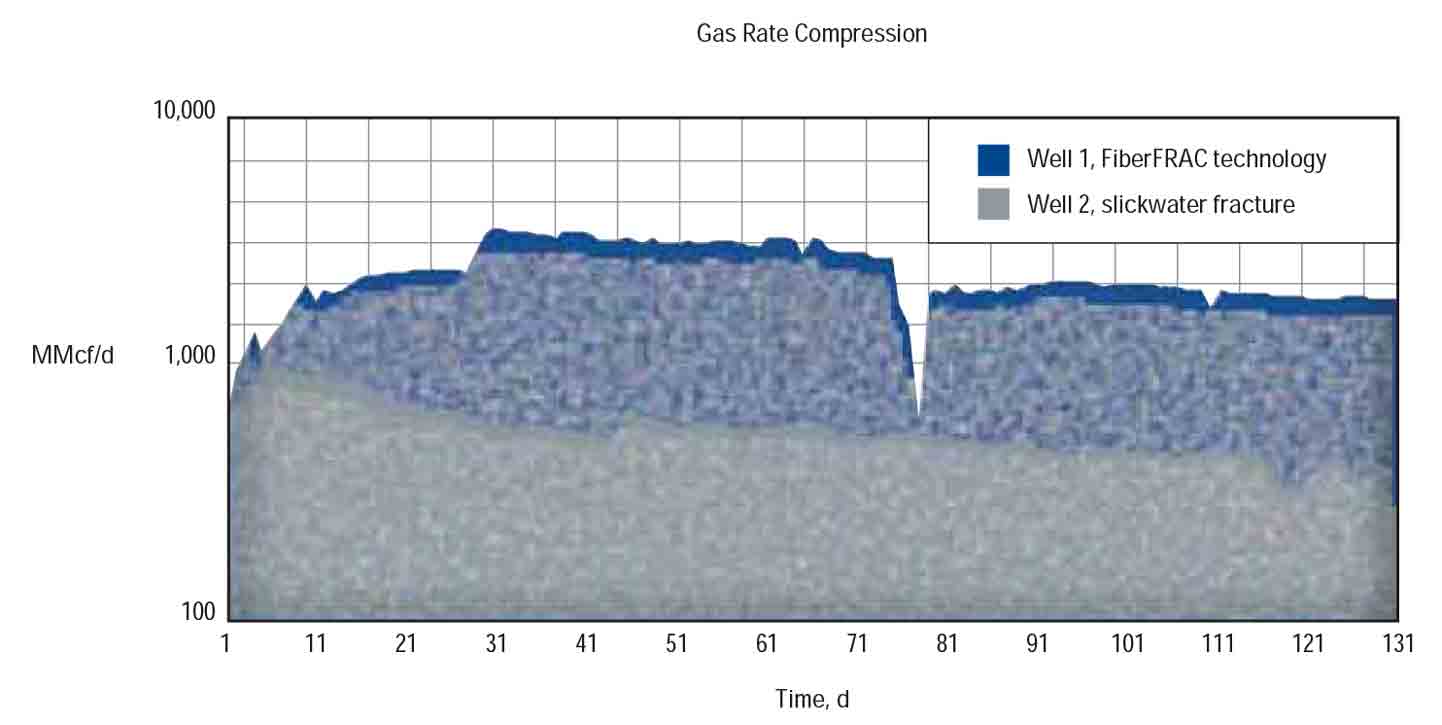 A comparison of production in the same 2 wells over the first 131 d following treatment reveals the striking advantage of the fiber-assisted technology.
Production grew to about 2 MMcf/d after 90 d, an even more impressive long-term 7-fold improvement.
Products Used
FiberFRAC
Fiber-based fracturing fluid technology

Create a fiber-based network within the fracturing fluid to transport, suspend, and place the proppant.