Better understand and communicate with the reservoir

Once the wireless command is generated through the Muzic telemetry acquisition controller interface from surface, it is transmitted downhole through the repeater network to the firing head. After the command to fire reaches the eFire-TCP firing head enabled by Muzic telemetry, it returns to the surface to confirm gun initiation.

Standard fluid pulses can also be used to initiate the gun string. The pressure transducer provides measurements to the electronics cartridge. When a firing command is detected, the initiator module triggers the guns as described. 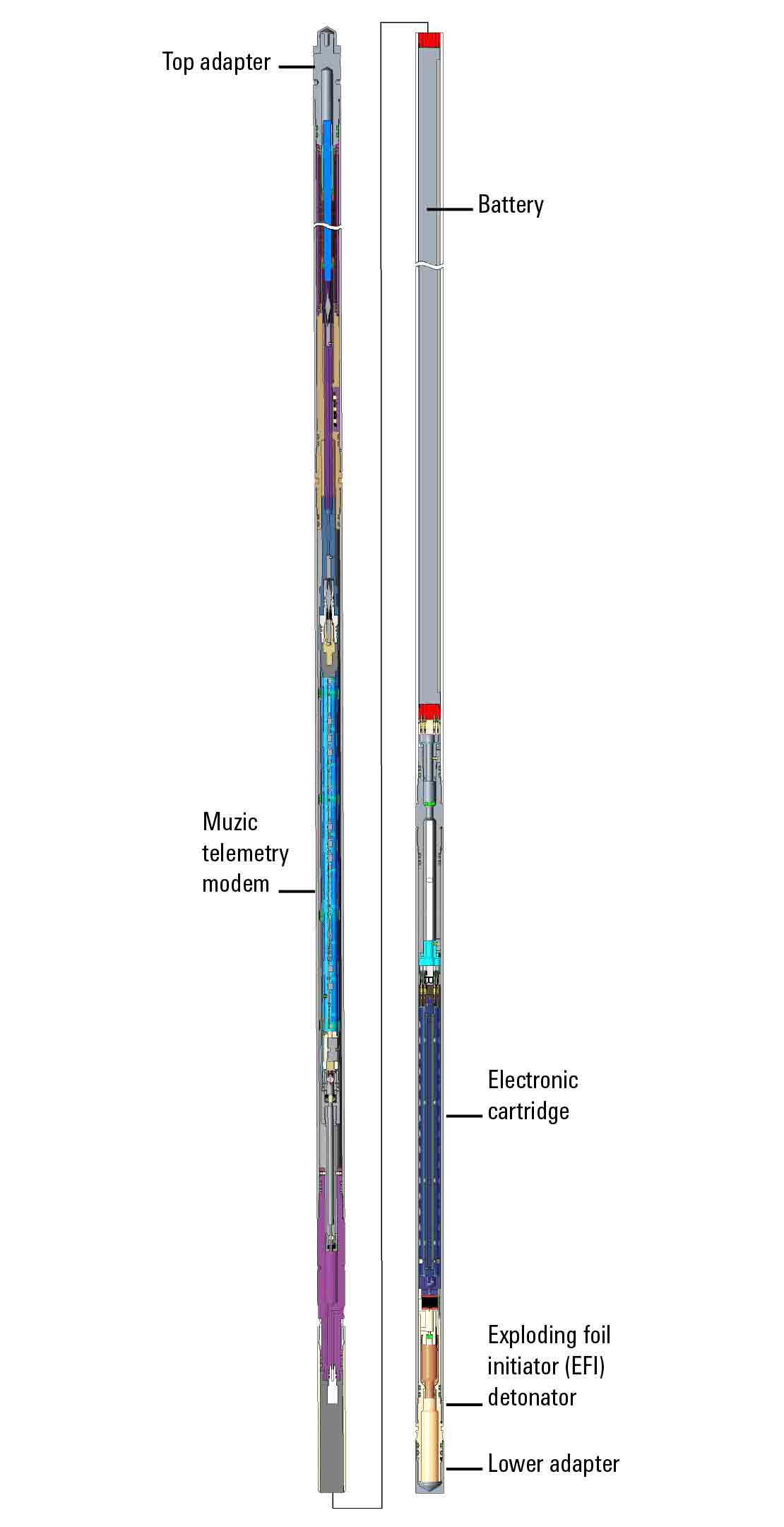 Achieve efficient cleanup of the perforation tunnels by removing perforation debris and crushed sands behind casing.