Challenge: Increase well integrity and reduce losses in a well with a gas kick and total downhole losses

After pumping 140 t of various lost circulation materials without success, the operator contacted M-I SWACO and requested a new proposal to solve the downhole losses. M-I SWACO proposed pumping a tandem pill consisting of the FORM-A-BLOK AS pill and the FORM-A-PLUG II plug.

Three tandem pills each consisting of 50 bbl/50 bbl (8 m3/8 m3) were pumped, and the loss rate decreased gradually from total losses to partial losses at a rate of 94 bbl/h [15 m3/h]. A fourth tandem pill was then pumped ensuring that no crosslink reaction or fluid loss occurred while pumping through the BHA.

With FORM-A-BLOK AS pill and FORM-A-PLUG II plug positioned in the loss zone, the operator was able to confirm well integrity and eliminate fluid losses for well control. 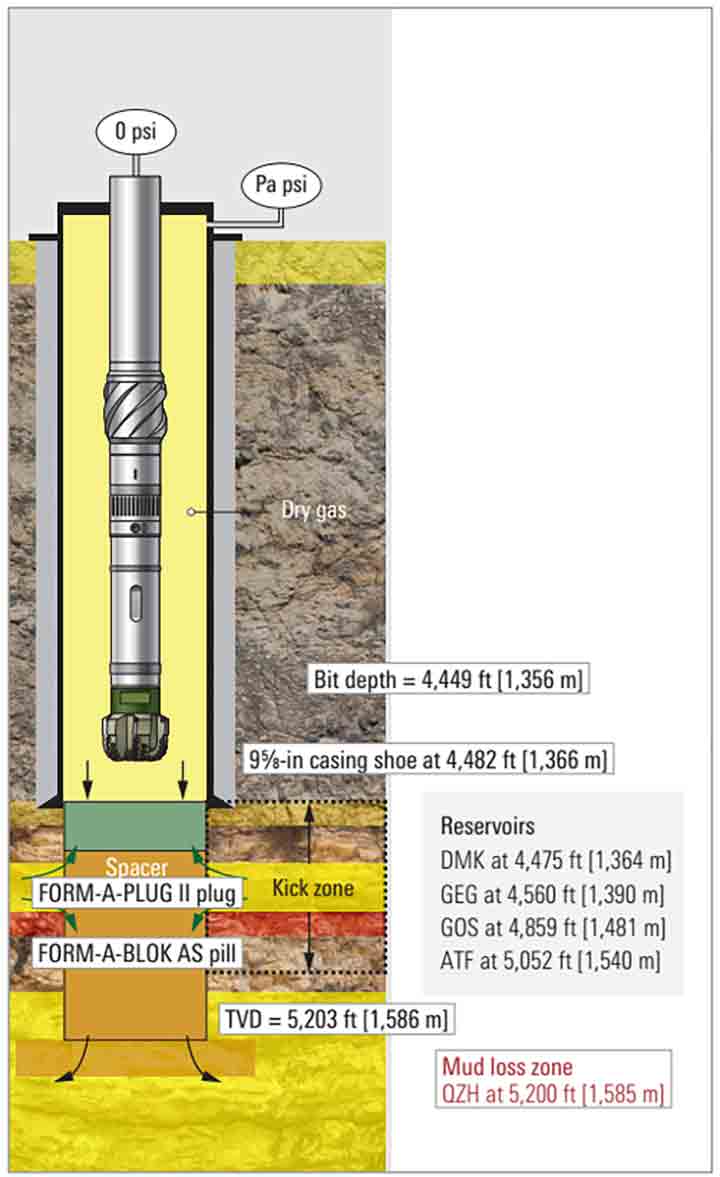 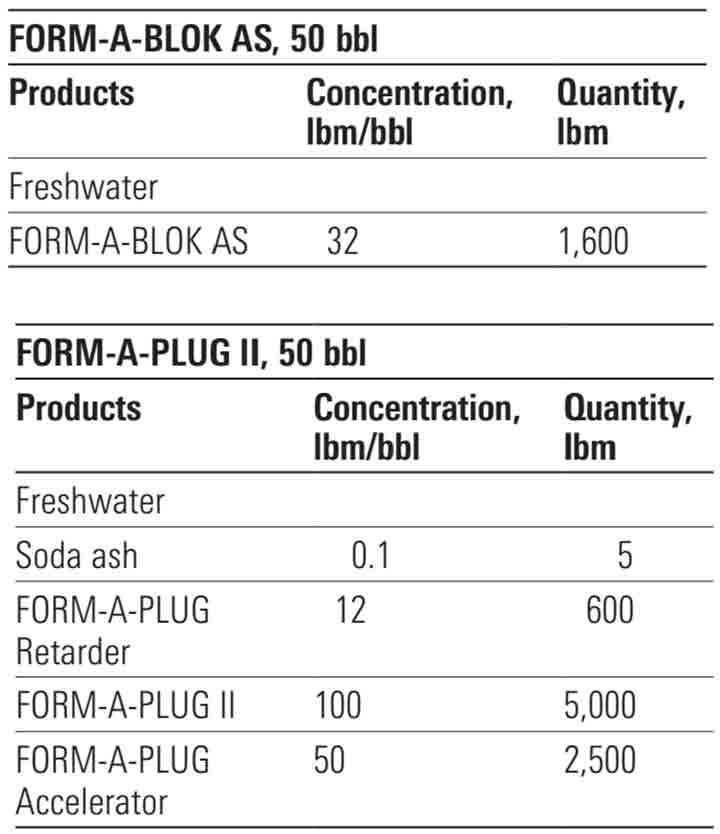 After pumping the four pills, the losses were eliminated, circulation was established, well control was achieved with a 1.11 relative density, and operations resumed in the target reservoir. The BHA was then pulled out, and the wiper trip was performed successfully without any issues. A 7-in liner was then set and cemented.

Wellbore strengthening across a host of lost circulation scenarios.