The objective of this 2011 3D seismic survey conducted in the United Arab Emirates was to image a carbonate formation in an exploration environment at a depth of 3,200 m to 3,600 m. The surface geology is characterized by varying thicknesses of sand dunes and rock outcrops underlain by an overthrusted sequence of sediments with steep dips in all directions resulting in strong lateral velocity variations. 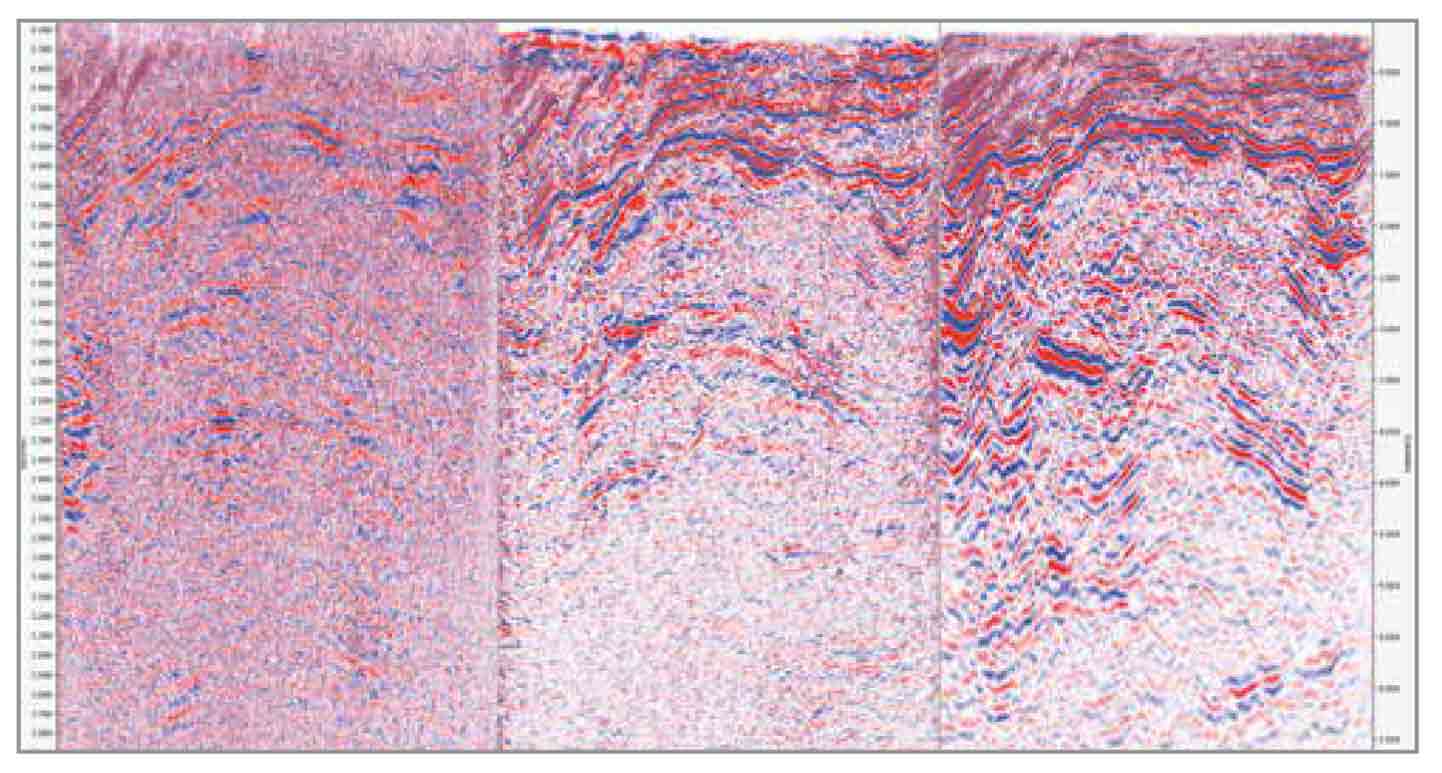 With complex, steeply dipping structures, careful consideration needs to be given to both spatial sampling and offsets coverage to ensure full capture of diffraction energy and to prevent aliasing of events and of the migration operator. Despite a nominal target depth of 4 km, extra-long offsets up to 6.5 km were required to ensure capture of all the reflected energy.

Point-source and point-receiver spacing of 12.5 m allowed recording of noise either unaliased or mildly aliased, which could then be removed in subsequent processing using an FX least-squares minimization routine that does not require regularly sampled data. This “non-uniform” noise suppression was important as the terrain and man-made obstacles led to considerable irregularities in the geometry.

These data were used to produce a detailed near-surface velocity model via shear-wave inversion. The survey used a custom low-frequency enhanced vibroseis sweep (3.5 Hz at -3 dB) producing an investigation depth that consistently reached down to 100 m. The shear volume was converted to P-wave velocity via calibration with uphole data and used in subsequent statics and velocity modeling. 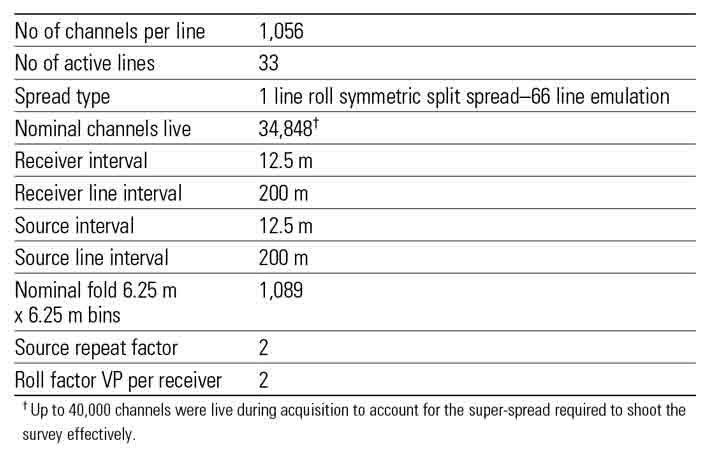 † Up to 40,000 channels were live during acquisition to account for the super-spread required to shoot the survey effectively.

A velocity model was created that incorporated the near surface model plus anisotropic tilted TTI elements to accommodate the geologic complexity. Final imaging was performed using RTM. Input data were shot organized without regularization so that accurate source and receiver point coordinates were fully honored.

An integrated approach to seismic survey design, acquisition, and processing is required to successfully image areas of complex geology. This case study demonstrates that only through a combination of state-of-the-art technologies, including broad-bandwidth source and sensors, high-productivity acquisition, advanced noise attenuation, detailed near-surface characterization, and accurate prestack depth imaging, were structural details, previously considered impossible to image, revealed for the first time.

Accurately image in and below areas with great structural and velocity complexity.