Challenge: Increase oil production and access recoverable reserves from sandstone formation in wells with an average water cut of 14%.

Solution: Use FracCON water-conformance fracturing fluid as a prepad to control incremental water production when the well is put back into production.

An operator had been exploiting a Tertiary sandstone formation for more than 60 years. During that time, operations consistently experienced water production and low reservoir pressure. In many fields requiring hydraulic fractures, the water contact or a zone with high water saturation zone nearby the sand of interest lowers the number of candidate wells for hydraulic fracture treatments.

The operator produced from several sandstone fields suitable for hydraulic fracturing treatments in southern Mexico, where water cut is 14% on average. Petrophysical evaluations commonly identify clear water/oil contact or a high water saturation zone close to the interval of interest. The operator wanted to increase the frequency of hydraulic fracturing treatments in wells that had been identified as having a nearby high water saturation zone, and thereby increase daily oil production and unlock recoverable reserves.

FracCON fluid is most commonly used in wells where there is a high probability that the fracturing treatment will grow into a known water zone or when the reservoir has a water saturation higher than 40%. The fluid combines a relative 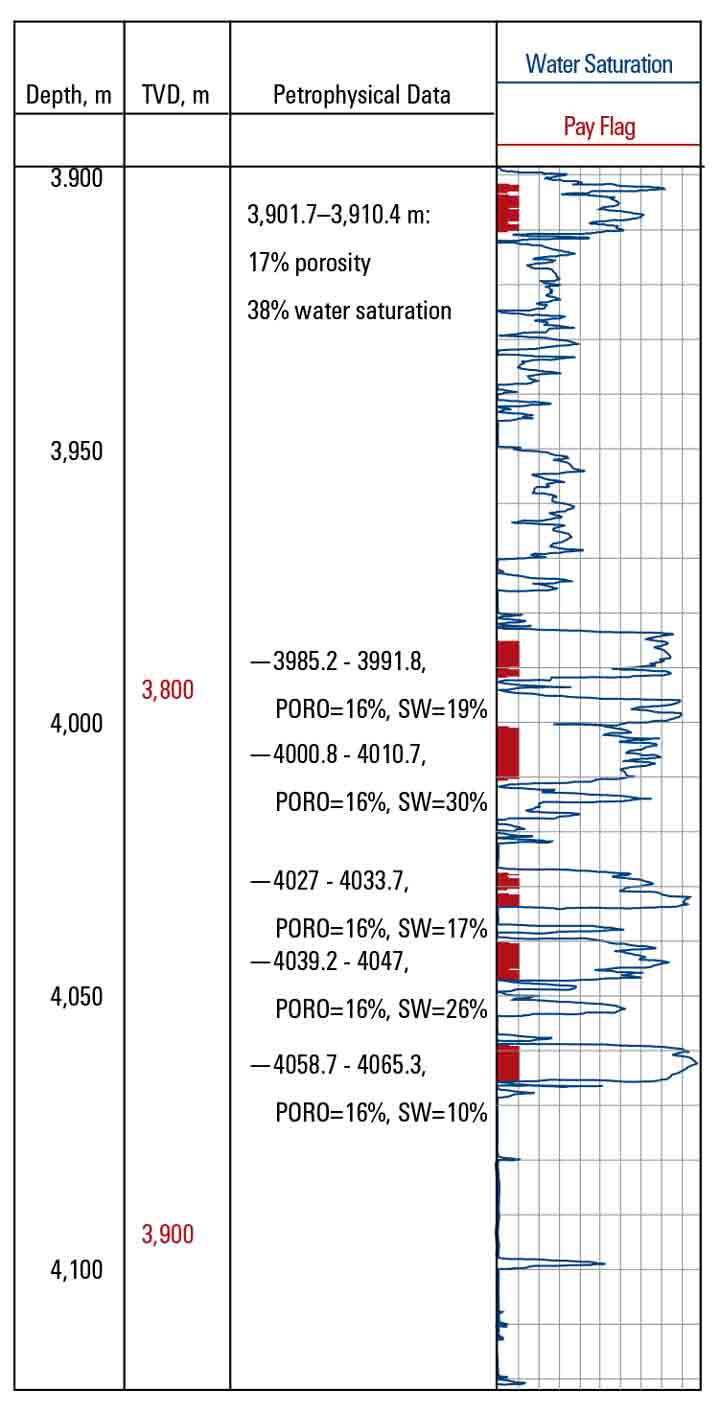 Petrophysical evaluation of the sandstone field in southern Mexico.

FracCON fluid is injectable into reservoirs with permeability as low as 10 mD because of its low viscosity and small polymer size of the polymer. It is applicable to light and heavy oils. FracCON fluid is pumped during hydraulic fracturing as a prepad when no water/oil contact is clearly identified.

The cationic nature enhanced the adsorption characteristics and minimized desorption during the production cycle, prolonging the effective life of the treatment. For the relative permeability modifier to effectively control the incremental water production, the polymer was mixed together with the guar prepad to ensure that the treating fluid leaked off into all the exposed fracture faces.

Following the fracturing treatment, water cut was maintained at 23% and the oil production rate increased to 230% compared with conventional fracturing treatments in offset wells, which had resulted in a more than 100% increase in the water cut post-treatment. The ROI for this project was 13.8 days, and the operator will use FracCON fluid for additional candidate wells with a high risk of water production during future operations. 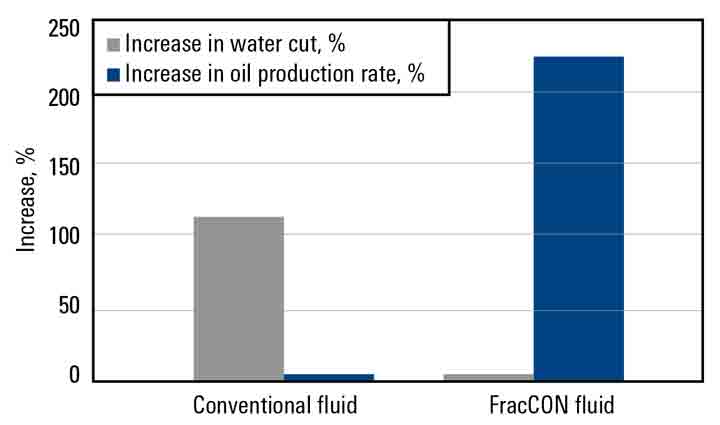